Microsoft and RTO Wireless are partnering to provide hotspots to over a dozen municipal buildings in Niagara and Orleans counties. 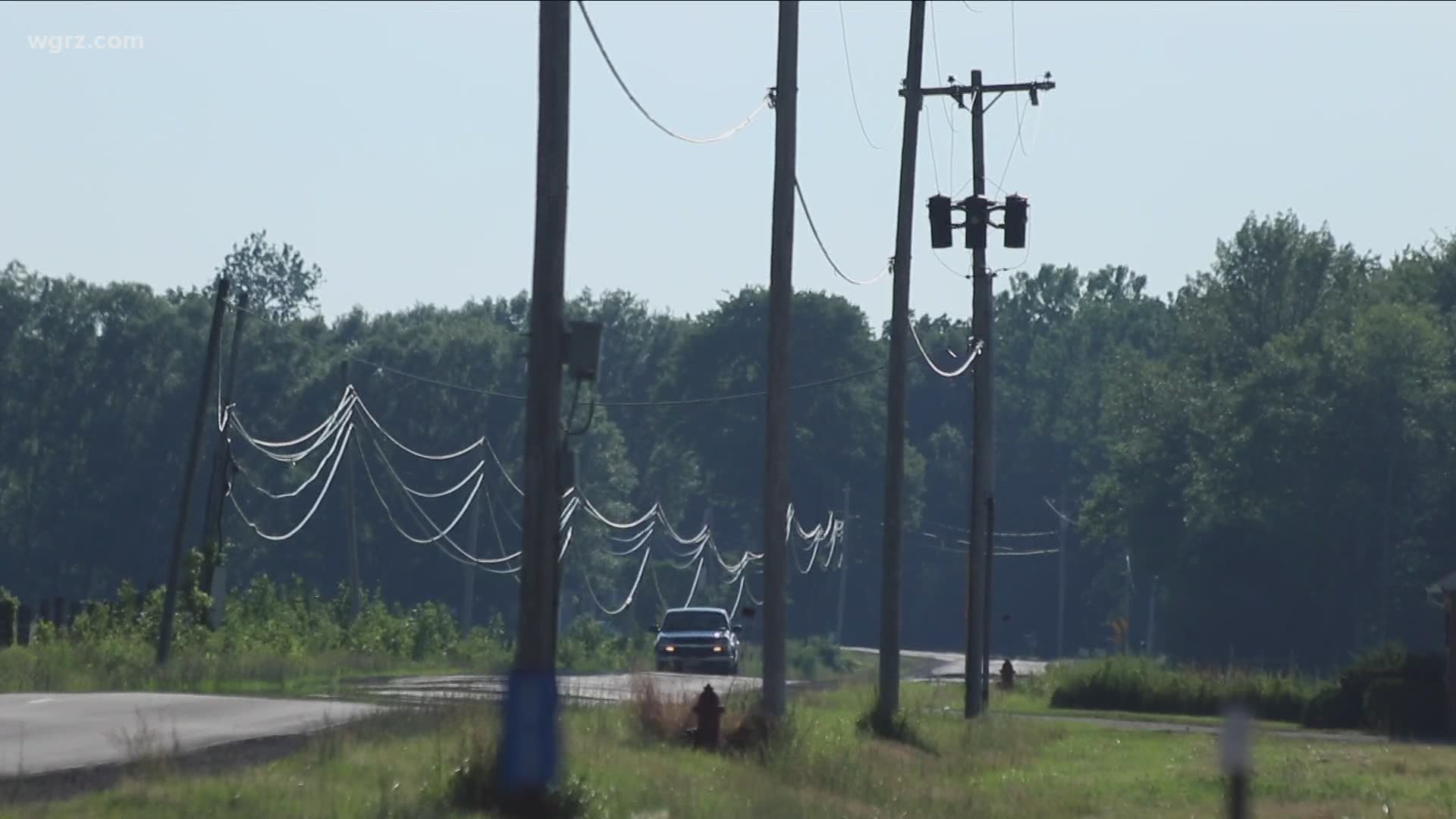 For the most part, the parking lot of the Albion Town Hall is empty. With services limited due to the pandemic, there aren't many reasons to hang out there.  But pretty soon, there will be a reason to go there and over a dozen municipal buildings across Niagara and Orleans counties. You'll be able to pull up to the parking lot and use a free WiFi hotspot.

"So the broadband gap is too large and it's persisted for way too long," said Shelley McKinley, the vice president for technology and corporate responsibility at Microsoft.

2 On Your Side has been reporting for months about the broadband gap across Western New York. The data that Microsoft has researched and compiled on the issue paints an even bleaker picture.

"If you look at Niagara County, specifically, the FCC shows almost universal coverage," McKinley said. "When we look at Microsoft data, the number is drastically different - it's around 40 percent of the people living in the county who actually access the internet at broadband speed."

The FCC estimates about 18.5 million people don't have broadband quality access. Microsoft research indicates the number could be more than 160 million.

Why the big disparity in the numbers? Microsoft tracks the data as "people who don't access the internet at broadband speeds." Whereas the FCC data is submitted by service providers through form 477 fillings. The FCC also considers satellite options as a broadband service, despite consistent complaints from users regarding speeds nowhere near the defined broadband levels.

Broadband is defined by the FCC as 25Mb/s download and 3Mbps upload.

The COVID-19 pandemic brought this gap to the frontline of everyday life. For many in Niagara and Orleans counties, the internet quality at home is so poor users would regularly visit a fast-food restaurant or library to borrow WiFi signal.

But the pandemic shut all of those down months ago.

Microsoft is doing something to address the broadband gap, if even in a small way, and they've partnered with RTO Wireless to make it happen. The two companies are installing free wifi hotspots that the public can use in over a dozen municipal buildings across Niagara and Orleans counties.

"These buildings all have a broadband connection that we can use for backhaul and then they need a parking lot so the public can go there and access," said Steve Hubbard, CEO of RTO Wireless.

RTO Wireless will install routers that have enough strength to distribute a signal into the parking lots of these town halls. Between 20 and 30 different users at once, at broadband level speeds.

The following town halls will have a free public WiFi hotspot installed in the coming days and weeks:

The hotspots that are getting installed should provide users adequate and secure broadband connections.

"These are powerful systems we're setting up," Hubbard said. "It would accommodate a sizable group and even, you could argue a small classroom size that could access it at the same time."

So why is Microsoft spearheading this effort? Naturally, there are free-market benefits for any company that provides users with something they don't currently have. But this problem seems to be one that Microsoft and its partners are focused on fixing

"It's going to take public action, private action, a combination of stakeholders to help solve the problem," McKinley said. "It's also going to take the openness to use alternative technologies that will most quickly and most affordably cover areas.

Everyone agrees that broadband is a necessity. As recently as two weeks ago the FCC chairman echoed those exact sentiments.

"The ideal result would be ubiquitous broadband. That's the aspiration, of course," Pai said. "So to make sure that anybody who wants internet access is able to get it."

But no one agrees on how to get to that solution.

In the meantime, rural communities continue to suffer. In this instance, to the relief of residents without access, private enterprises are stepping up and developing partnerships to try and close some of the broadband gaps.

"We know that that is such an important thing in this time when people are being asked to stay at home and schools are closed," McKinley said. "If you can't access educational opportunities, you can't access telehealth, you're being left behind."