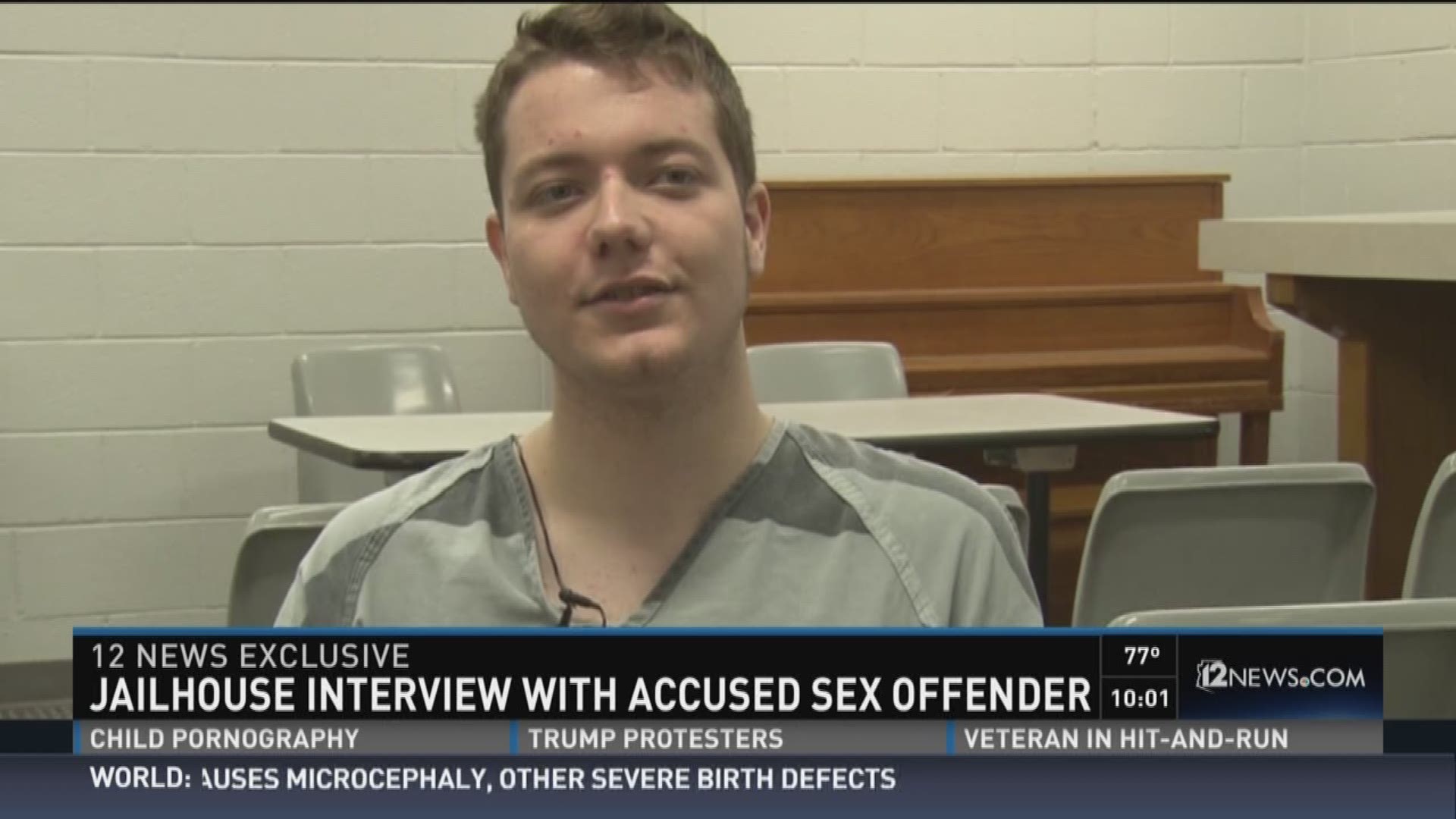 PHOENIX - The Mesa man accused of having a graphic, sexual online relationship with two 12-year-old girls talked exclusively from the Lower Buckeye Jail with 12 News Wednesday.

Aaron Thomas Usery admitted on camera he knew what he did was wrong, but he couldn't stop.

Mesa police arrested Usery, 21, Tuesday after receiving tips from Overland Park police in Kansas that he engaged in sexual activities with two 12-year-old girls in that state and received oral sex from a family dog.

Usery says the situation started out innocently, on an art-sharing website, and quickly spiraled out of control.

"I was able to help one of them with her cutting and suicide issues for a long time," he said. "I was making progress. And then, over time, it became more about me and less about them and that's when I lost everything that I stood for."

When asked if he thought the girl's problems were going to be worse now, he said, "Yes, and I feel terrible about that."

The communications started as early as September, 2014 and ended February, 2015, according to authorities.

It wasn't long after it began that Usery admits he started sending and receiving nude pictures with the girls, and then video.

Officers said that a video was found of Usery receiving oral sex from a dog. The dog was later identified as the family dog.

"I had a dog, he was a small dog," Usery said. "I have admittedly been curious for a little bit ... it's never been gratifying."

But his relationship with the 12-year olds was, he says. He claims he fell in love.

"Everyone seems to just take into their own minds that it's not possible," he said. "'You can't be in love with someone ....' Well, you can."

Fortunately, Usery says he never planned to meet the girls face to face. He said now he hopes now he can get the help he needs, and offers this advice to parents:

"Let them know, 'Hey, I know that you're on the internet a lot. I know that this is really exciting for you, but be mindful that there are things out there that you will want to avoid, and here are what some of those things are and here's why we want you to avoid them.'"