Three medical staff and one pilot were on board. There was no patient on board at the time of the hard landing. 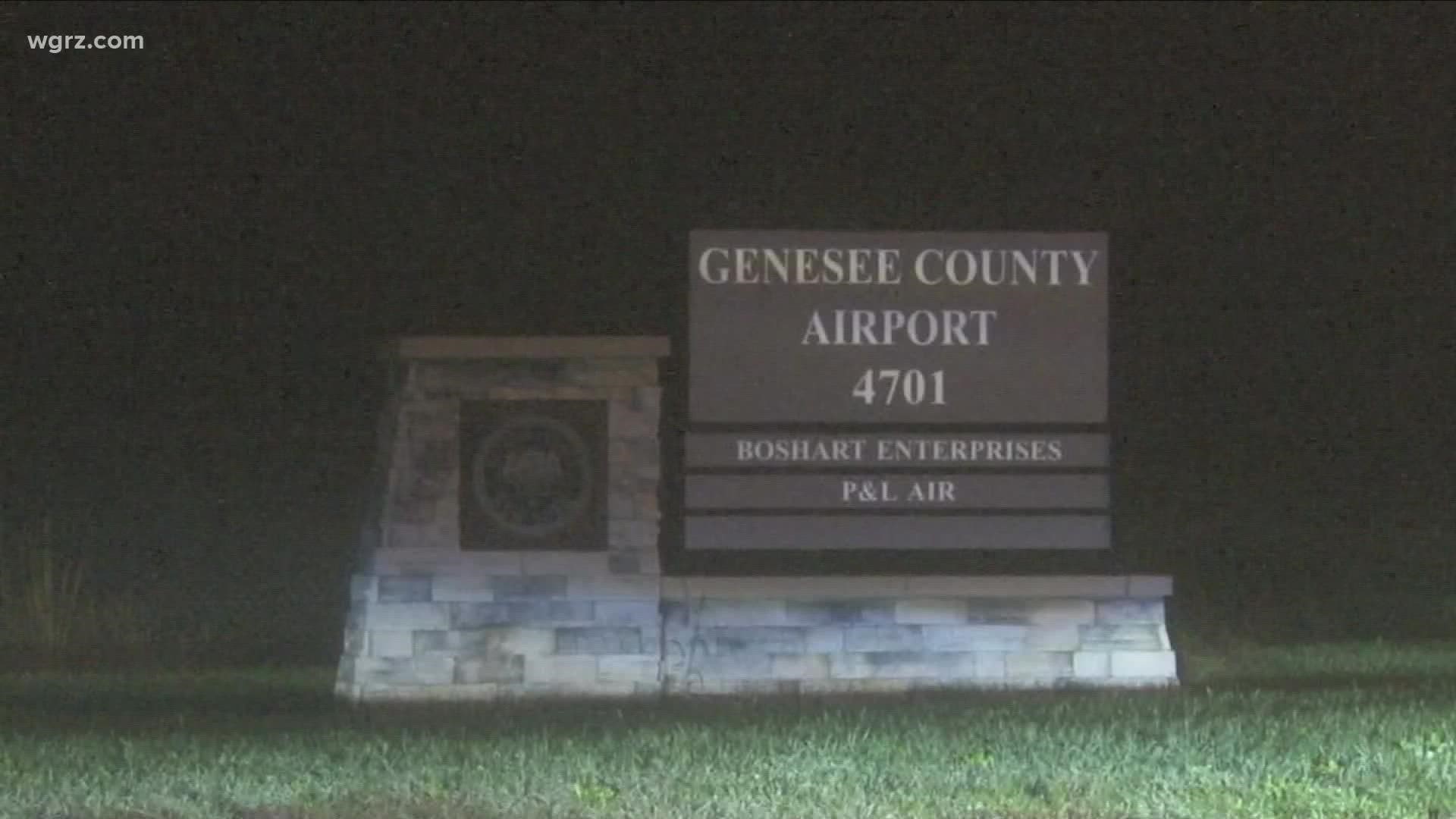 BATAVIA, N.Y. — No injuries were reported after a Mercy Flight helicopter experienced a hard landing Wednesday night at the Genesee County Airport in Batavia.

A spokesperson from Mercy Flight confirmed to 2 On Your Side that one of its helicopters experienced a hard landing at the airport in Batavia. Three medical staff and one pilot were on board.

Upon arrival, officers found Mercy Flight Bell 429 Helicopter in a field. The spokesperson for Mercy Flight said the flight crew experienced heavy fog conditions when they were coming in from a landing after returning from Strong Memorial Hospital in Rochester.

All crew members were safely outside the helicopter and taken to the hospital for medical evaluation, but the helicopter is "significantly" damaged, according to the Mercy Flight official.

There was no patient on board at the time of the hard landing.

At this time the cause of the crash is unknown and is being investigated by The Federal Aviation Administration.

(2/2) The condition of the aircraft is being evaluated, and Mercy Flight’s spare helicopter ensures that there will be no immediate disruption of service to the community. We would like to sincerely thank all those who have offered their support and well-wishes during this time.