Meet the kids behind the 2019 WNY Invention Convention

Behind the scenes with some of this year's standout kids. 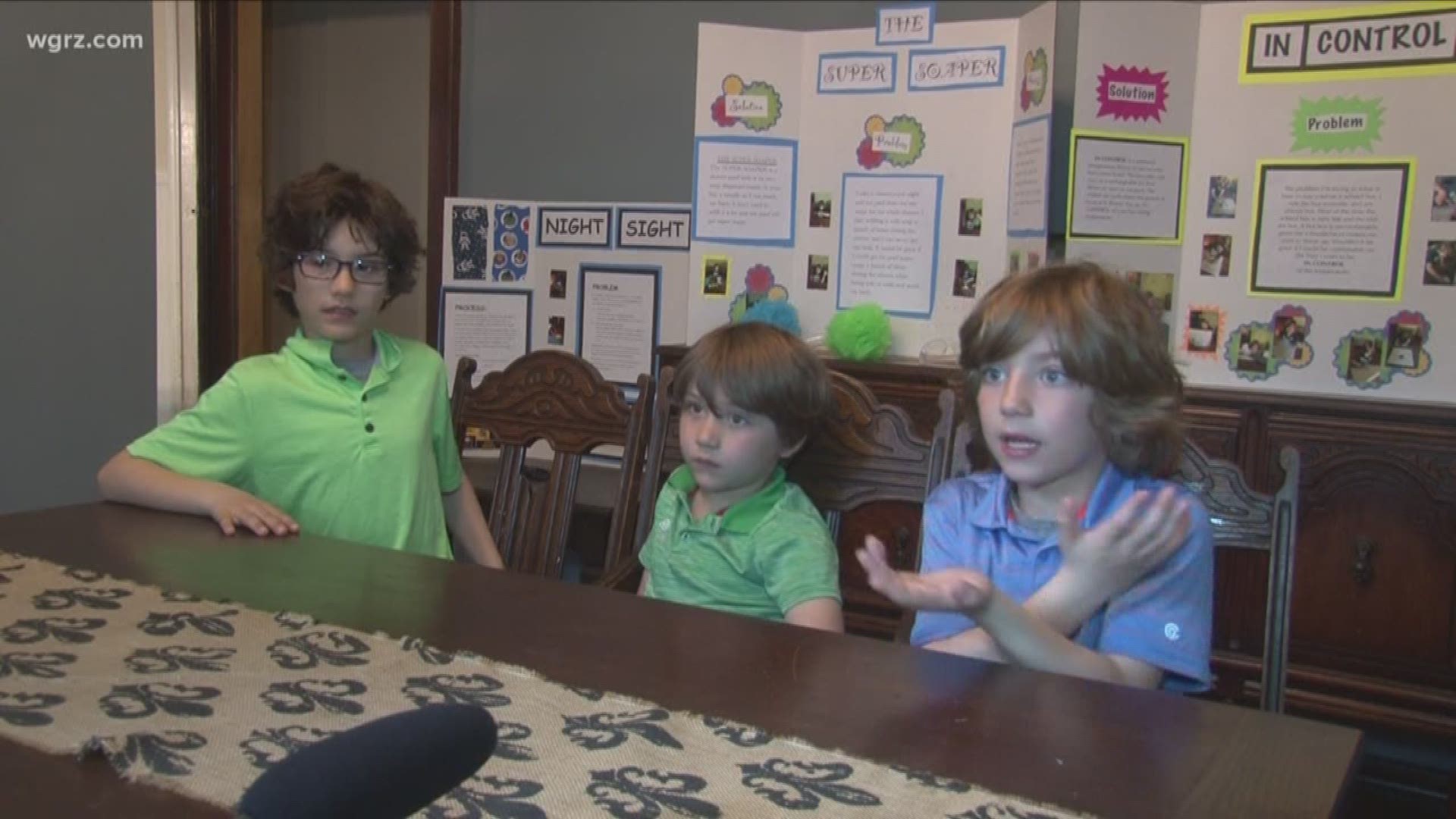 BUFFALO, N.Y. — Once a year, Western New Yorkers join together in celebration of the incredible ideas that come from the minds of our local children.

The Invention Convention hosts K-8 students, challenging them to use their creative, inventive, and collaborative skills, and put them on display.

But for the kids, it's a really cool alternative to your typical science fair.

Just ask Michelle Morgani, a 4th grader at Our Lady of Blackrock, whose invention this year looks like a pizza box.

But inside, it's layered with complicated wiring, and rigged with both a heating and cooling system.

"I saw that [my refrigerator] can only cool, and I was questioning myself ‘Why can't it heat?’ So that gave me an idea,” said Morgani, who was equally as excited as she was nervous for the event.

"I was like 'That's really ambitious,'” said Morgani’s teacher, Meagan McCormick, “but I think it's empowering to them. It gives them the creativity aspect, and they're learning the process of getting an idea and putting it all together."

Morgani put her finished project on display this past Saturday in the Buffalo Science Museum, surrounded by dozens and dozens of other projects from across Western New York.

The event has been going since 1970, growing steadily each year and with new schools participating every chance they can.

Some schools, however, don’t participate, which means some kids must work on their projects from home, like the Medakovich brothers—Max, Jaxon, and Pete.

Kindergartner Pete and 2nd grader Jaxon are participating in their first Invention Convention in 2019; 3rd grader Max has done it twice before.

Pete’s invention came from something very personal and necessary: his “shower foof” never held enough soap in it. (A problem we can all relate to, right?!) So he invented the “Super Soaper” to keep his “foof” from losing its suds.

Middle brother Jaxon, who’s in 2nd grade, also used the convention to address an issue he faces every day: Jaxon gets hot on the school bus. So his built-in fan system—called “In Control”—was designed to fix it for himself, and other students.

Max’s invention was based on his own fears in the middle of the night; since Max wears glasses, he often woke up and saw blurry shadows that he couldn’t quite make out with his glasses off, so he invented “Night Sight.”

Max’s invention was such a huge hit, he won the 2019 Inventor of the Year Award for K-4th graders.