Cohoon was diagnosed with breast cancer in 2020 and has beaten it. On Friday, she served as the Ride for Roswell torch-lighter. 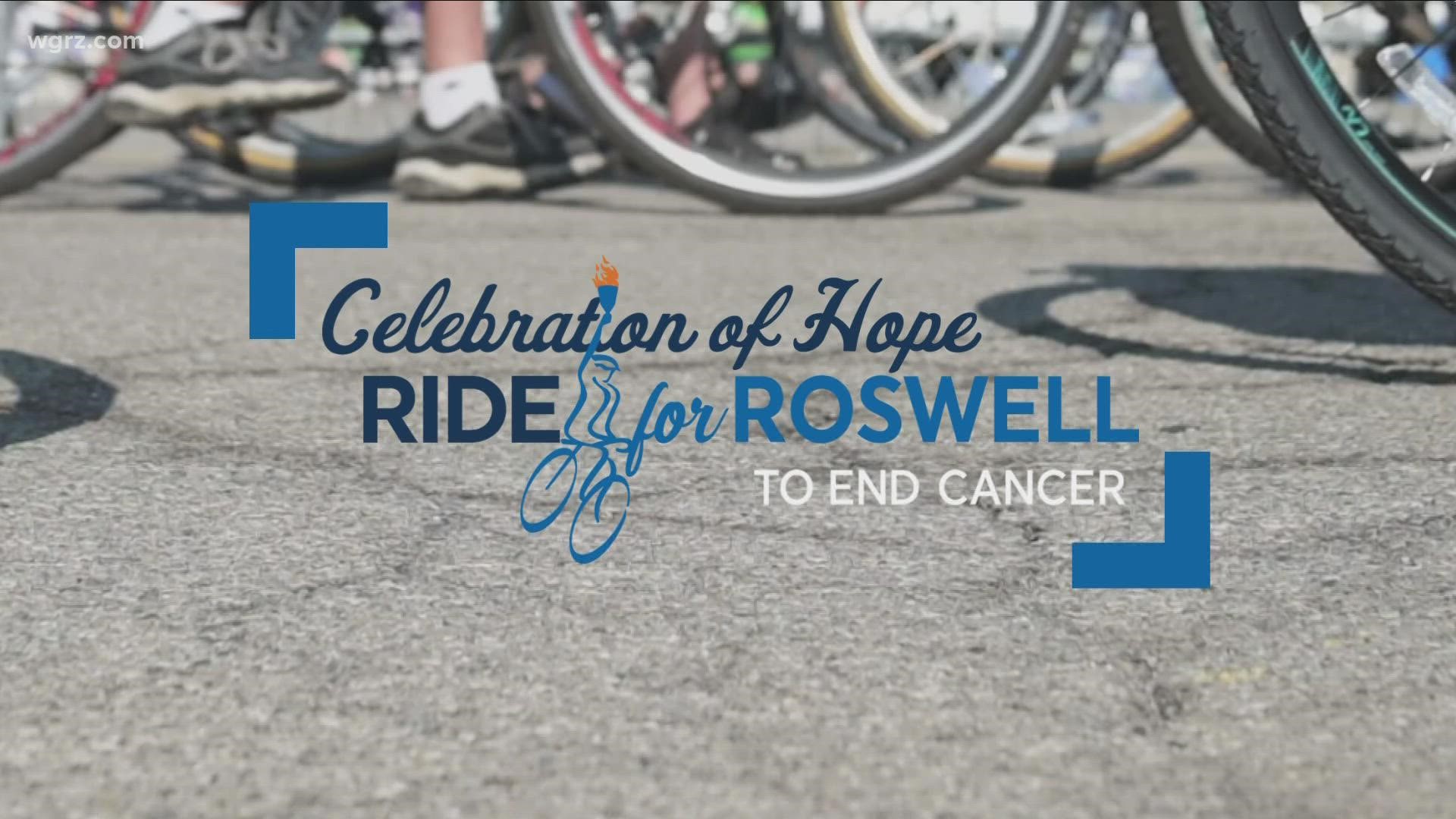 BUFFALO, N.Y. — For this year's torch lighter at the Ride for Roswell, Friday's ceremony was bittersweet.

Annie Cohoon was not only diagnosed with cancer during the COVID pandemic, she also beat it.

"It's just a huge, huge honor for me," Annie Cohoon said.

This year's Ride for Roswell torch-lighter found out she had breast cancer in April of 2020.

"I had a normal mammogram in February. I had shoulder surgery the next day. I was in a sling for about six weeks. Once I got out of that sling and started moving around, I noticed a lump in my armpit, actually, and then I found the one in my breast," Cohoon said.

She went in for another mammogram, an ultrasound, and a biopsy, and that's when she was diagnosed.

"Found out that it was, it's called invasive ductal carcinoma, and when the pathology came back, it's triple negative. So most of the breast cancers are hormone-related and mine is not, or was not, because I don't have it anymore," Cohoon said.

Cohoon's treatment was a bit more aggressive than with other breast cancers. She started chemotherapy in May of 2020 and spent a lot of time at Roswell in the middle of the pandemic going through 16 rounds of chemo over twenty weeks.

Cohoon had surgery in October, and six weeks of radiation treatments five days a week, then oral chemo. Now that she's healthy enough, Cohoon's family decided to do the Ride for Roswell this year together.

"We just knew it was something that we wanted to do. I mean, Roswell saved my life, and we just wanted to be able to give back," Cohoon said.

But being the torch lighter was a surprise.

Someone from Roswell emailed Cohoon after her family signed up for the ride asking her if she wanted to do a blog interview about being a first-time rider. Then, they asked her if she'd like to play a special role at the Celebration of Hope.

"There's a lot of emotions that go into it because not everybody that's going to be there has somebody that survived. So that part of it is really hard. I have guilt about some of that. I met a friend through chemo, and unfortunately, I went to her funeral in June. So there's a lot of mixed emotions that go into being diagnosed, going through treatment, going into a stage of recovery, being considered a survivor when there's others that didn't have that," says Cohoon.

Cohoon is doing well and had her last appointment with her oncologist this week until she goes back in November.