'I'm having only people who disagree with me on my program,' David Bellavia said. 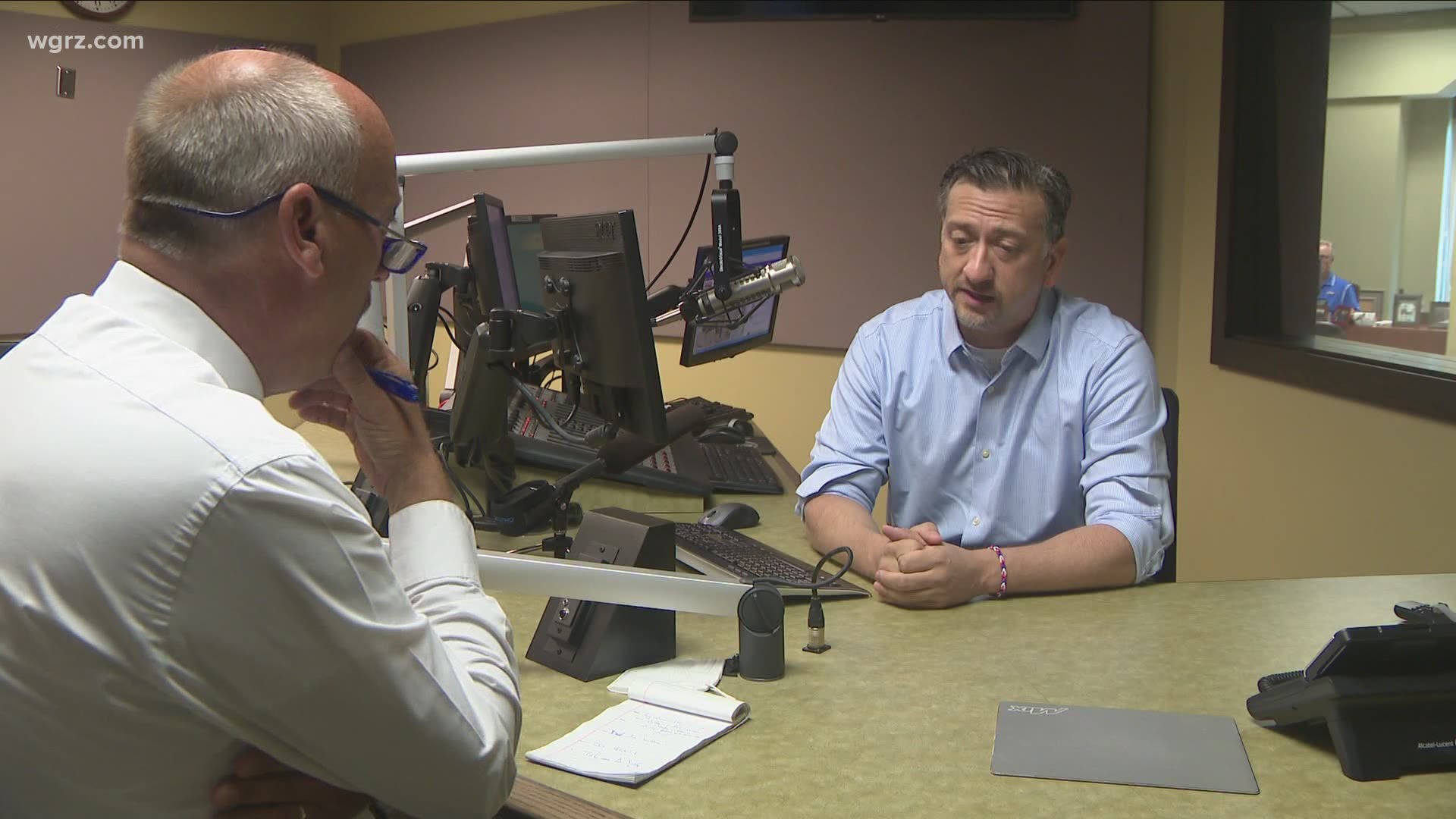 He's taking over for Sandy Beach, who wrapped his 60-year broadcast career with his retirement on Thursday

“I can’t do anything similar to Sandy Beach because I'll never be able to do it as well as Sandy Beach,” Bellavia told WGRZ-TV on Friday.

“So, I'm going in a different direction. I'm having only people who disagree with me on my program."

It is perhaps a means that makes sense for a combat veteran who admittedly enjoys confrontation, which has become a hallmark of much of modern talk radio.

In one sense, Bellavia sees his new role as that of a community leader, by leading the types of community discussions that need to take place in a polarized society … in a manner in which he believes they should be conducted.

“Leadership is conducting yourself everyday where people can say I don’t agree with you, but I don't hate you and I don't dislike you…we need to get back to mutual respect,” said Bellavia. “There is a way you can be contentious and compassionate without being disrespectful. You don't lose your kindness because you believe in a set of principles.” 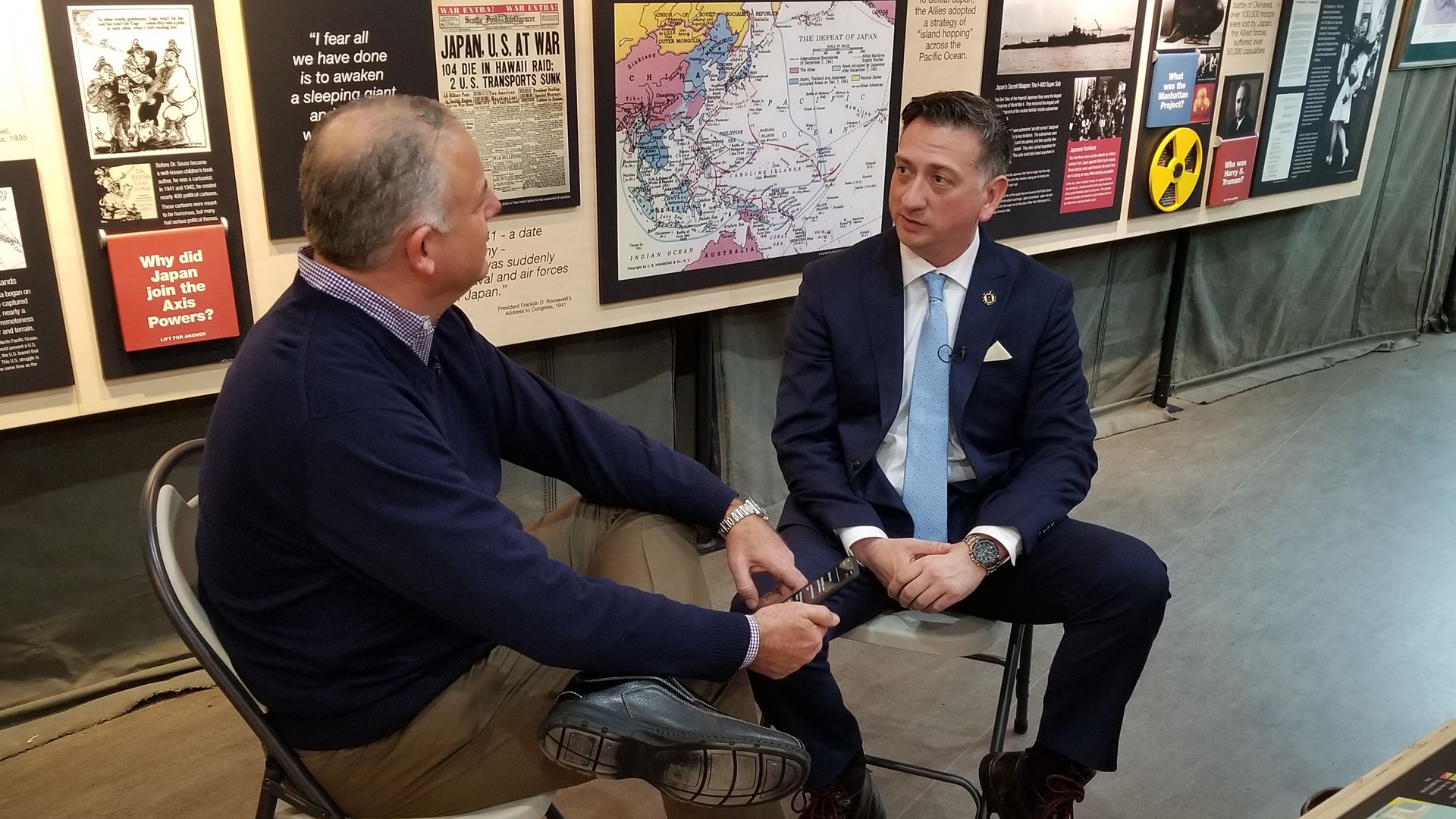 The long and winding road

To describe the route Bellavia took to where he is now as ‘circuitous’ might be an understatement.

Now 45, he once set out to be a dentist and studied medicine and biochemistry in college.

That changed when one day, while visiting his parents, two men with guns burst in during a home invasion.

As there may be no better place to learn to fight back, than in the U.S. Army, Bellavia enlisted. And he loved it.

"I've never felt more comfortable in my life than in that environment,” said Bellavia of his life in the military.

That includes the horrific parts like those he experienced in the Second Battle of Fallujah, and the actions he took which lead to his receiving the Medal of Honor.

“The adrenaline was amazing to feel, but at the other side of that is that there is a sense of purpose in anything you do."

He thought about making a career of soldiering, but there was a wife and young child at home.

"And I missed the first three years of this kid’s' life," he recalled.

Returning to Western New York but still with fighting in his bones, he turned next to politics.

“I felt that the closest thing that I could get to involving confrontation and having meaning in your life by fighting for something you think is righteous had to be politics,” Bellavia said. “I though that it was the next area for gladiators to go into. But when I got into politics, I realized these (politicians) are the biggest cowards that I ever met in my life."

He helped found the group Vets for Freedom which worked at getting combat veterans to run for office.

“We’ve got three guys in Congress that were members of Vets for Freedom,” he noted proudly.

Bellavia also ran for Congress but was unsuccessful.

But his efforts as a writer were anything but.

His book “House to House: A Soldier's Memoir” became highly acclaimed and landed him as a guest on several talk shows, including that G. Gordon Liddy’s.

Then ... another misfortune. Not for Bellavia, but for Liddy. 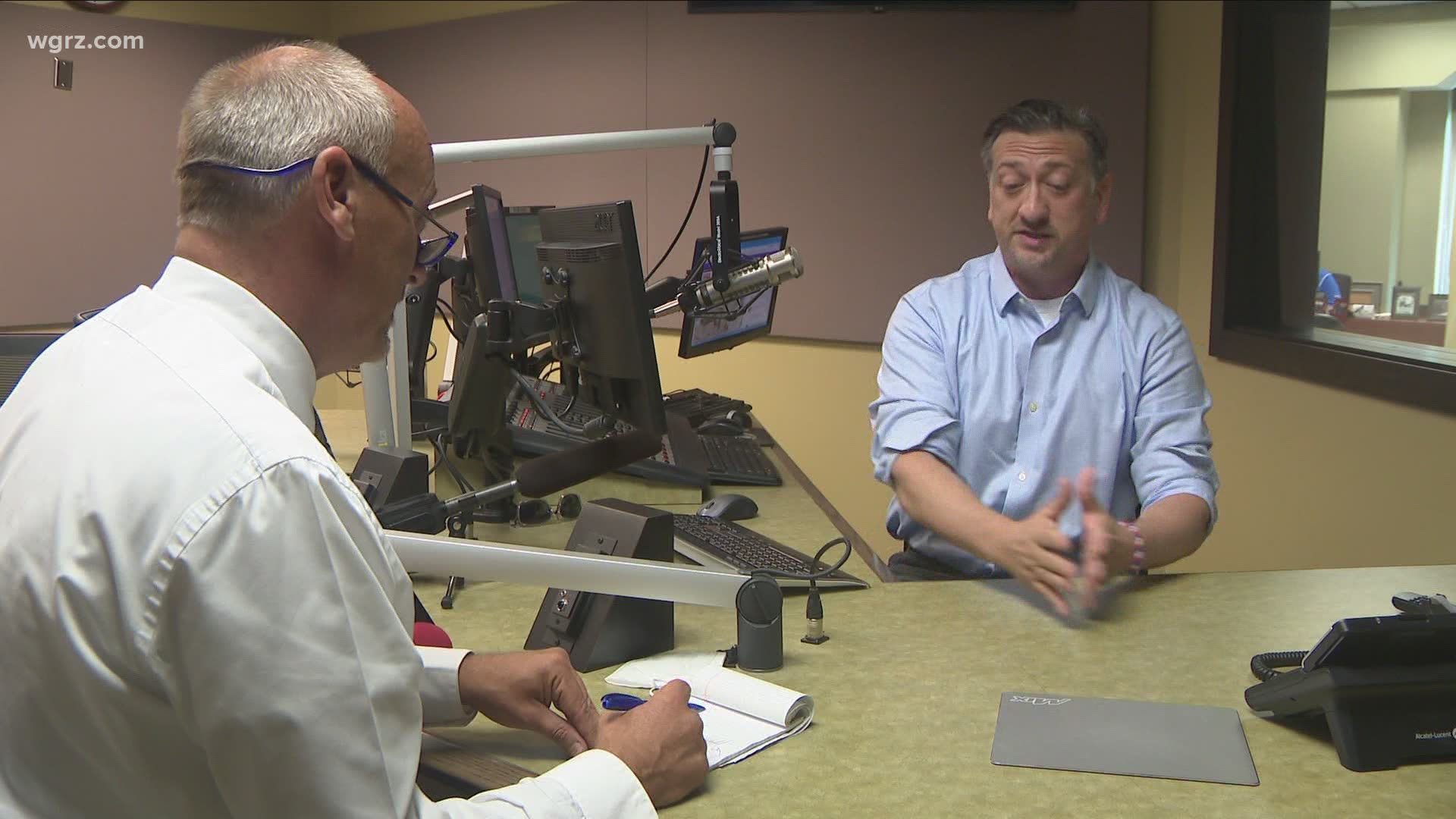 “During the show he became ill with some sort of stomach issue,” said Bellavia, who recalled that Liddy excused himself, left the studio, and left Bellavia to resume the show on his own.

“I did 20 minutes and afterward he was very complimentary,” Bellavia said.

Liddy wasn’t the only one left impressed.

Rochester based radio talk show Bob Lonsberry, who had previously interviewed Bellavia as well, asked him to be a substitute host when Lonsberry took time off.

Not long after, down the Thruway in Buffalo, WBEN Program Director Tim Wenger was taking note of Bellavia’s natural abilities.

“Then I started filling in here,” Bellavia said.

Living in Batavia, right between Buffalo and Rochester, Bellavia would shuttle back and forth for a time while juggling other endeavors, including a job at a milk plant.

It was about that time that he began to realize that, “radio was the most fun I ever had in my life.”

However, Bellavia took a hiatus after he was awarded the Medal of Honor in 2019  to embark on a promotional and recruiting effort for the U.S. Army.

Now, in the latest chapter of his life, reveille arrives Monday … at 0900.

“I don’t have an ambition to make Buffalo forget about Sandy Beach. What I’d like them to do is to not think about who I am or what I represent, but think about who they are and why they think the way they think, and why people are afraid to have a discussion about our differences in a community here every Sunday we hug each other when the (Buffalo) Bills score."

His suggestion being, that even among those who strongly disagree, they may have more in common than they realize.