McMurray: Premature and irresponsible for Jacobs to claim victory

The Democratic candidate hoping to fill out the term of disgraced Congressman Chris Collins in NY-27 said more than 50 percent of votes have not been counted. 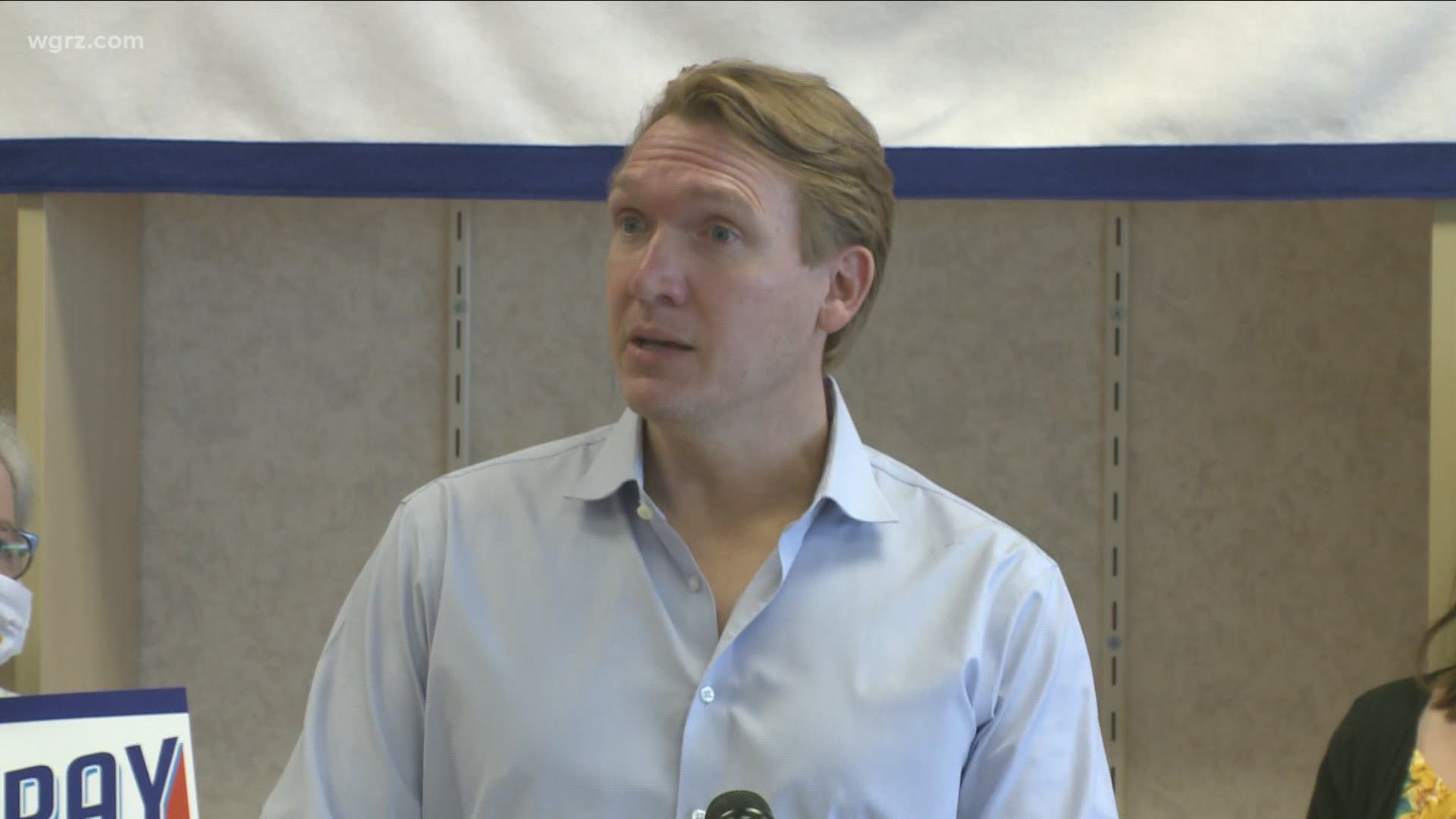 HAMBURG, N.Y. — Saying "We will not give up until every vote is counted," Nate McMurray on Friday said it is premature for Republican candidate Chris Jacobs to claim victory.

"It would be irresponsible to declare victory as Mr. Jacobs has done. It would be equally irresponsible for me to claim defeat or submit, which I will not do until all the votes are counted," McMurray said.

The endorsed Democratic candidate to fill out the term of disgraced Congressman Chris Collins in NY-27 trails Jacobs following Tuesday's special election with thousands of absentee ballots yet to be counted. Regardless of that outcome, the two will face off again in November for a full two-year term in Congress.

McMurray said that more than 50 percent of the votes have yet to be counted and talked about the confusion of the general public due to the 'very unusual election'.

"I will guarantee you this. The gap will significantly shorten, and there's the possibility of victory that still remains," McMurray said.

He spoke of thousands of complaints from people who said they never received an absentee ballot and were not comfortable going to a polling place due to the COVID-19 outbreak and pointed out he heard from someone Friday morning who just got their absentee ballot in the mail.

"We will not give up until every vote is counted", said the former Town of Grand Island Supervisor.

On Friday, McMurray also looked ahead to the November election.

RELATED: Record number of absentee ballots flow into Erie County Board of Elections