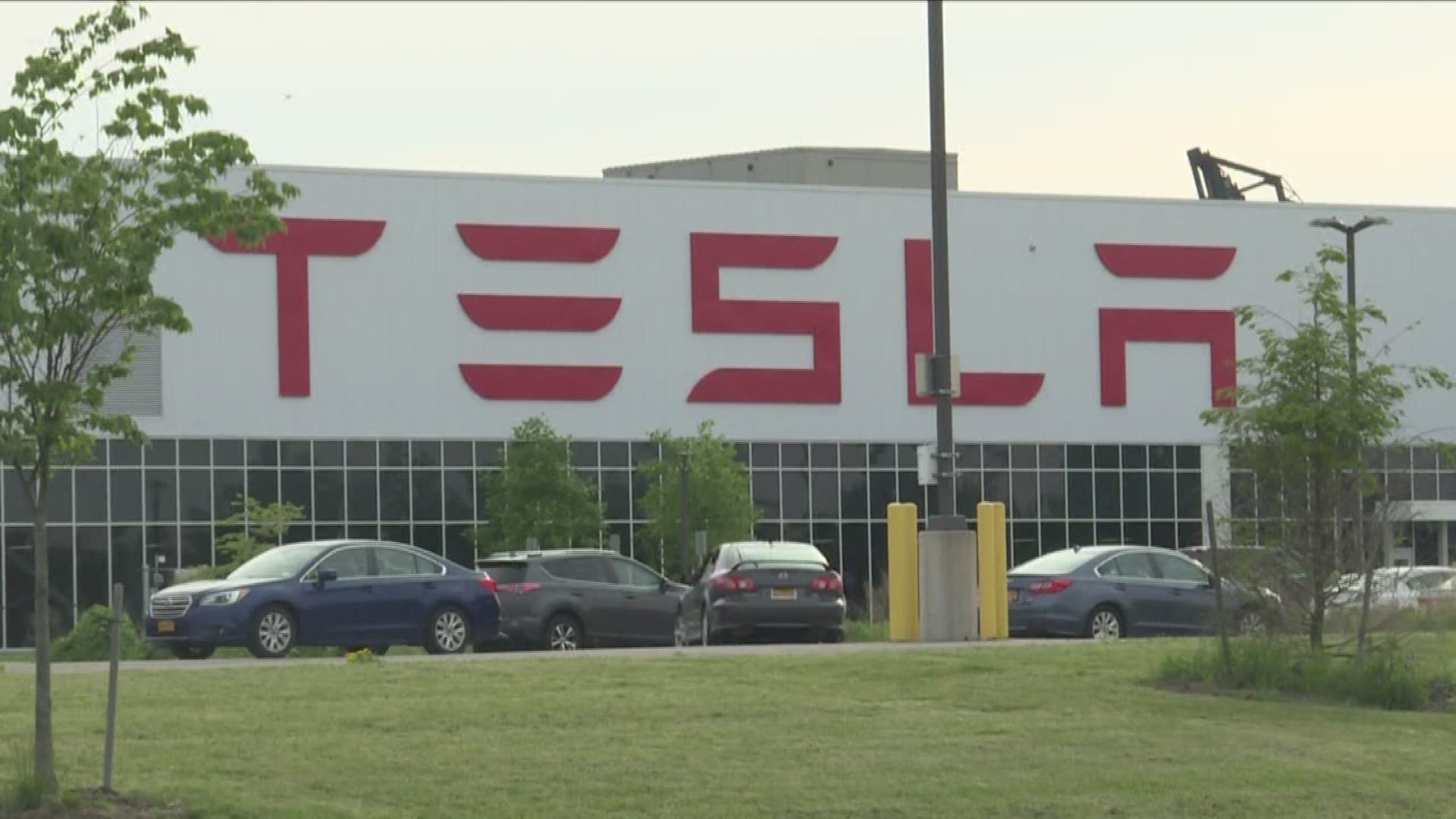 BUFFALO, N.Y. — New York State paid 750 million dollars to build and equip the facility that houses Tesla, Panasonic in South Buffalo. The deal was made on the condition that the company would create 1,460 jobs for the area by April 2020.

In April, Tesla said it lost more than $700 million at the beginning of 2019 and solar panel installations dropped more than 30 percent so far this year. That announcement was alarming for WNY, because the Tesla plant on the river bend makes solar cells.

Most recently a report by Reuters news agency found a "great majority" of the solar cells being produced here are being sold overseas and not for Tesla's intended "solar roof."

2 On Your Side spoke with Mayor Byron Brown about how the City of Buffalo feels about the looming deadline.

Reporter: "As the deadline approaches of April 2020, are you concerned that they won't be able to create those jobs?"

"We are hopeful, it is a strong company, the leadership is strong the state is monitoring and we are hopeful that the job commitments are met" said Brown.

There are currently about 800 employees at the facility which means Tesla still needs to hire around 600 more people.

"We do know now that there are people in our community working there, that a number of jobs have been created and we want to see every single job that has been committed, be created" he said.

In April, 2 On Your Side spoke with Lt Governor Kathy Hochul about what happens if the company doesn't meet the hiring requirement.

"If by next April, if they do not achieve the goal of 1,460 which is the target, they will payback the taxpayers of New York State 41 million dollars"... "We still have a lot of faith in Tesla" she added.

"I am hoping that the state will continue to push, continue to work with Tesla to make sure that the jobs that have been committed to this plant in the City of Buffalo are created" said Brown.