Lawyer says the activist is doing well and continues to recover at an undisclosed location to ensure his privacy. 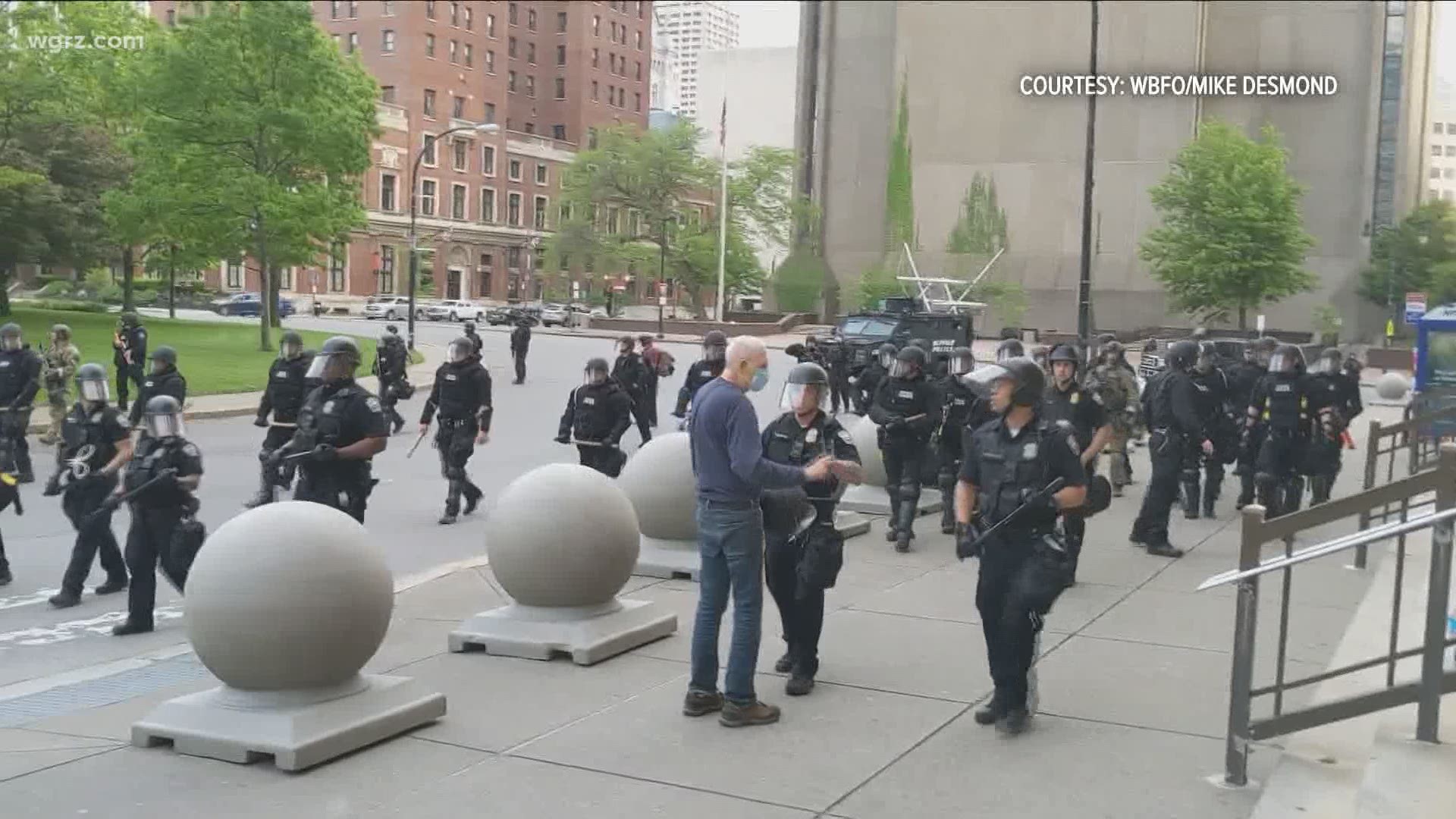 BUFFALO, N.Y. — The activist injured when he was knocked to the ground by a Buffalo Police officer during a protest over the death of George Floyd has been released from the hospital.

The lawyer for 75-year-old Martin Gugino says the Buffalo man has left ECMC for an undisclosed location to continue his recovery in private.

"I was able to see Martin today and he looks great," said attorney Kelly Zarcone.  "He can walk with a little help and his condition will continue to improve with rest and time. I brought him the cards and letters sent to my office and he said he still felt overjoyed at the continued support and well wishes, ‘like it was Christmas Day."

Zarcone added that Mr. Gugino would like to thank the entire staff at ECMC for their exceptional dedication and professionalism and for the outstanding care he received.

The lawyer went on to say that her client is pleased by the progress made so far to protect the safety of peaceful protesters, a topic near and dear to his heart. He respects the burden of authority placed upon law enforcement but looks forward to the continued implementation of systemic changes to eliminate police brutality.

Two officers involved in the incident remain on administrative leave from the Buffalo Police Department.   They are currently facing assault charges.