The state wants more people to choose a refund check, rather than the traditional exemption on their school property tax bill. 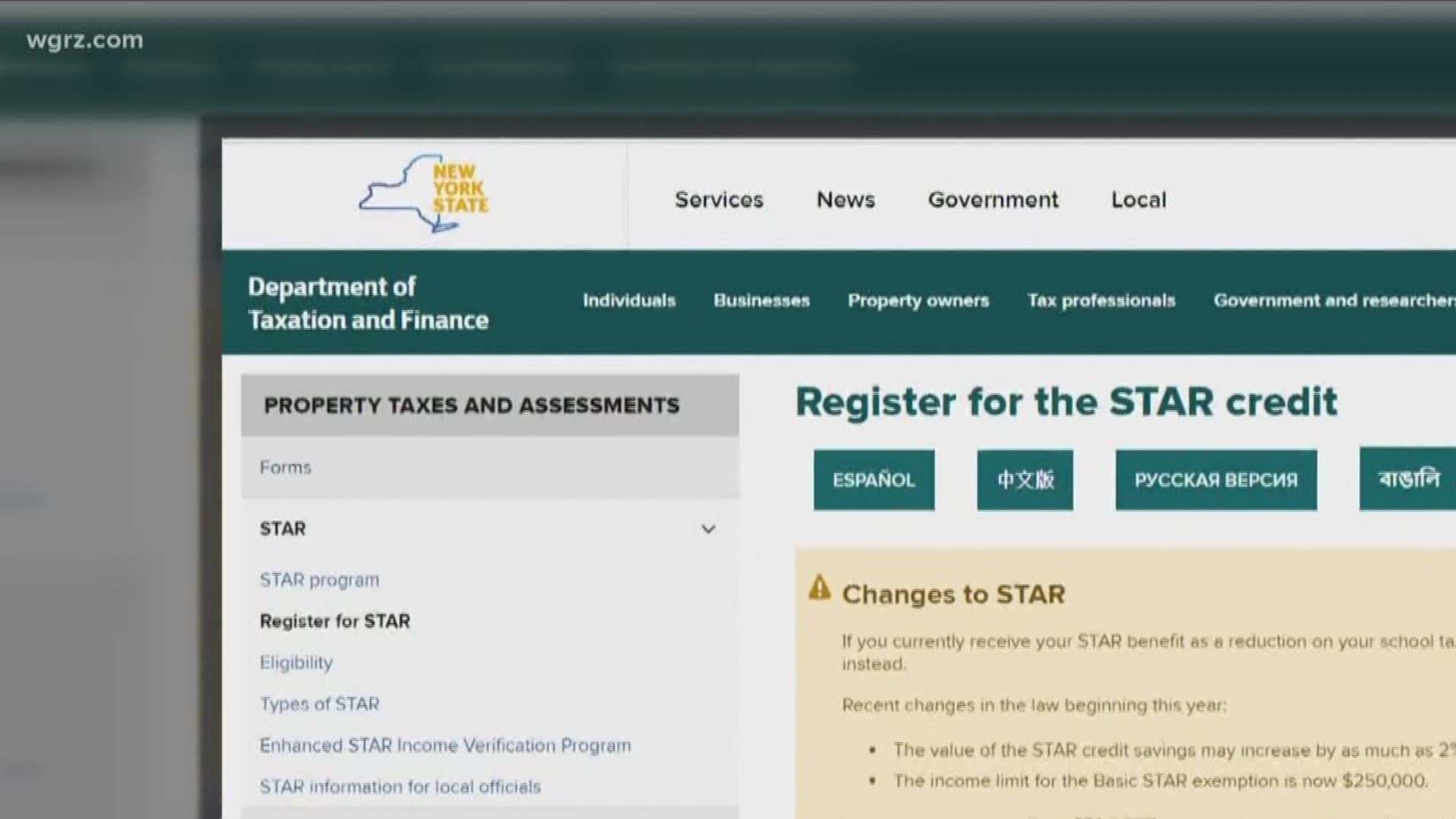 New York State homeowners have a decision to make, after a change in the School Tax Relief (STAR) program which provides a break on school taxes.

It was quietly sewn into the recently passed state budget, and it's a change you may need to act on, or risk losing money.

For most home owners their STAR exemption has been reflected in a reduction on their annual school tax bill, although those who bought homes after Aug. 1, 2015 get theirs in the form of a rebate check.

In this year's budget the Cuomo administration made a change aimed at getting more of us to opt for getting rebate checks, and even provided an incentive to do so.

If one opts for receiving their STAR as a personal income tax credit in the form of a rebate check, then the benefit would increase by 2% per year. If a property owner decides to stay their current course, their benefit will be “frozen in time” according to David Friedfel, Director of State Studies for Citizens Budget Commission.

There is something to consider, though, before switching to receiving a check in order to slightly increase your benefit.

That is the likelihood that your bank which holds your mortgage (and which collects escrow money to pay taxes) may exclude your STAR discount because it will still have to pay the full amount to the school district.

“Presumably that's what most banks would do and probably should do,” said Friedfel. “So most likely many banks would end up increasing the escrow requirements so people's monthly bills will go up. The net impact is the same, but from a monthly standpoint some taxpayers will have to account for that in their monthly spending."

If you own your home outright and if the state is not timely with your rebate you're going to be cutting a bigger check for your school taxes…which could be a challenge for seniors living on fixed incomes.

“The rebates checks are supposed to be issued right around the same time that your school property tax bill is due…I think administratively it does end up where many people end up having to cut a check and then receive a check back from the state,” Friedfel said.

It is important to note that those with incomes between $250,000 and $500,000 could lose the tax break entirely if they don’t sign up to get the savings in a check rather than taking it off their bill.

In announcing the change, the Cuomo administration insisted going to rebate checks is a more efficient of providing taxpayer relief, and gives the state a better look at who is receiving the benefit to help prevent fraud and abuse.

However, Friedfel and his taxpayer watchdog group see it as a budget gimmick.

“Overall tax payers are having another issue to deal with and that is the way the state is accounting for this change. They are switching from it being a spending program to a tax credit program,” said Friedfel. “And then they are using that savings as a way to show a decrease in spending as compared to what the financial plan would otherwise show.”

Put another way, the more people who get checks, the less it appears the state is spending on the program…while being able to report less tax revenue each year. It is seen by some as a convenient way for Cuomo to claim he is cutting taxes and holding down spending, when he is not.

“So the claims of keeping spending growth to 2 percent doesn’t include the fact there’s this other adjustment going on, and spending is really growing by more than 2-percent,” Friedfel said.

The New York State Department of Taxation and Finance was planning to mail information to taxpayers to explain the STAR changes, who might do well to decide what they want to do by August, which would be a month before school taxes are due in most parts of the state.

In addition, those who wish to check their exemption status may want to contact their local assessor or consult with the state tax agency, which has set up a help line: 518-457-2036 which is in operation Monday-Friday during normal business hours.