A Niagara Falls man is facing multiple felony counts of animal cruelty for the injuries suffered by the animals. 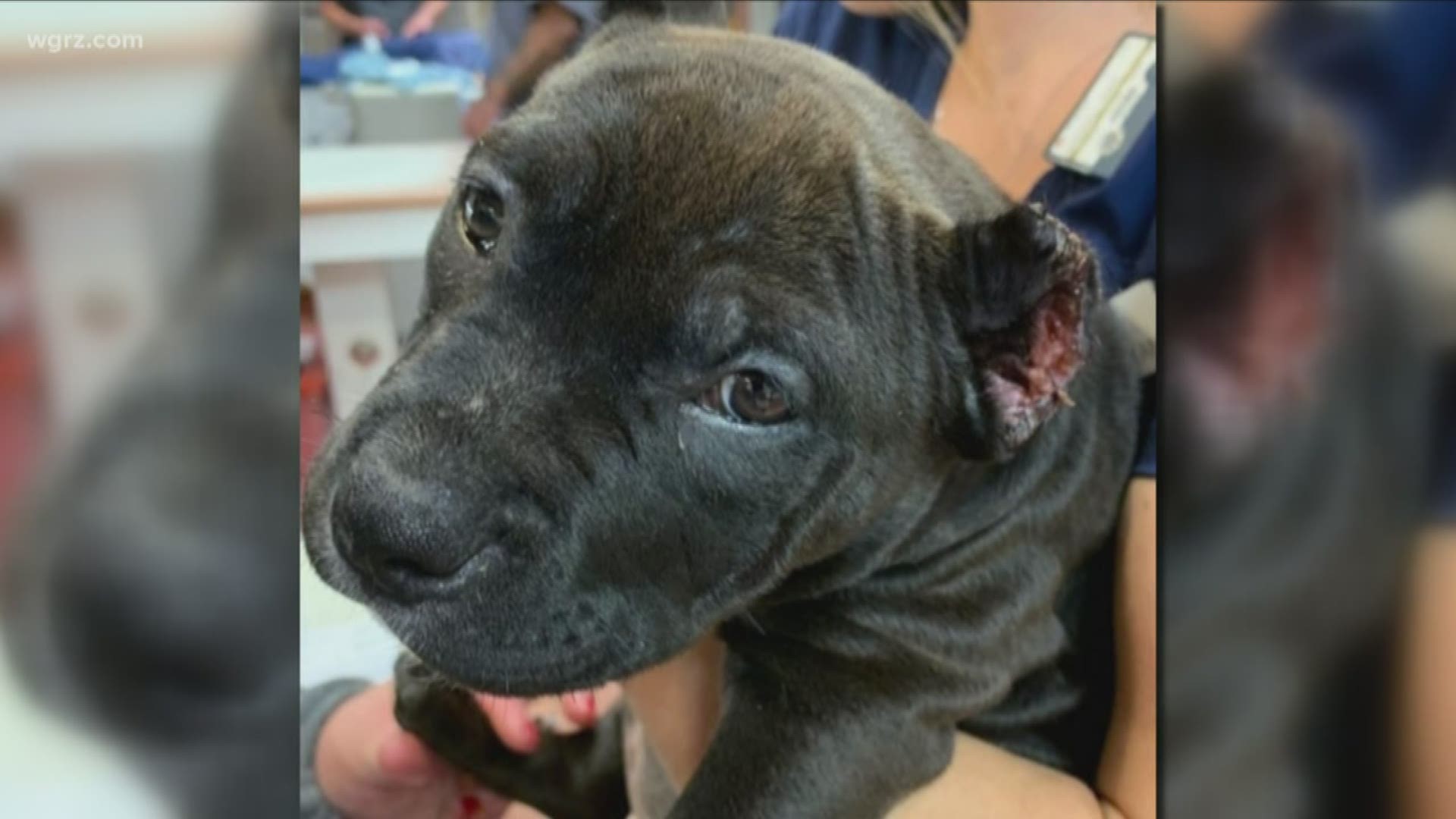 Michael Anthony Paonessa, 45, was arrested earlier this week for allegedly cutting the ears off of seven puppies. A Niagara County Grand Jury will now hear the case, unless there's a resolution to the case.

Dog Control Officer David Bower said the owner of the young dogs gave them to Paonessa to have their ears cut and cropped, a practice he described as a popular 'look' for pit bull dogs and puppies.

"If you're cutting a dog's ears off without the proper anesthesia and without it being in a medical facility where it can be properly done so these animals aren't suffering it's brutal," Bower said.

This all happened about a month ago but wasn't reported to police until last week.

Niagara Falls police say the owner of the dogs allowed this to happen to save some money and had been breeding American bullies and wanted their ears cut off.

REPORTER: Why even do that?

"It's a cosmetic, it's for an appearance sake for the most part that's why it was done," Bower said. "She just knew this guy I guess from the street or whatever and knew that he does this.

REPORTER: So he has absolutely no certifications, no qualifications whatsoever to trim the ears of dogs?

"No, this has to be done through a veterinary clinic," Bower said. "Apparently one of the puppies, the ears became so infected and inflamed that they had to take it to a veterinarian clinic the owner of the dog did."

Bower said the puppies are recovering from their injuries. Police tell us the six other puppies appear to be in good health.

REPORTER: Many people would question why she would bring these dogs to Mr. Paonessa allegedly?

REPORTER: Where are the puppies now?

"They are still with the owner of the dog," Bower said.

After Paonessa's preliminary hearing Friday, he spoke to us about the charges he faces.

"Anybody that knows me in this town knows I have nothing but love for animals," he said. "I deny everything I got nothing to say to you or anybody else."

But Paonessa did have more to say, telling us off-camera that he was a veterinary technician for seven years.

But, 2 On Your Side has not been able to confirm this through a state education department database.

He also said that someone else did the operation on the puppies and the owner of the dogs brought them to him, to fix what had been done.

"There was absolutely no indication of that in the investigation that was done by the Niagara Falls Police Department," said Niagara County District Attorney Caroline Wojtaszek. "She believed she was giving these dogs to have the dogs' ears clipped by someone who knew what he was doing."

REPORTER: Could she be looking at any type of repercussions?

"She would except in the circumstances of this case frankly we wouldn't of even known about this case without her coming forward being aghast at what happened," Wojtaszek said.

Police say they first learned of this incident from an anonymous tip through the Niagara County SPCA.

Paonessa faces multiple counts of aggravated cruelty to animals and unlawful clipping of the dogs' ears.

We've also learned that in 2010 he pleaded guilty to one count of animal cruelty. We don't have many other details about the case, other than it involved dogs and that he received a conditional discharge.