Norman Beckel who spent his career at McDonnell-Douglas is now part of the "Mad Hatters", a group dedicated to helping the homeless stay warm this winter 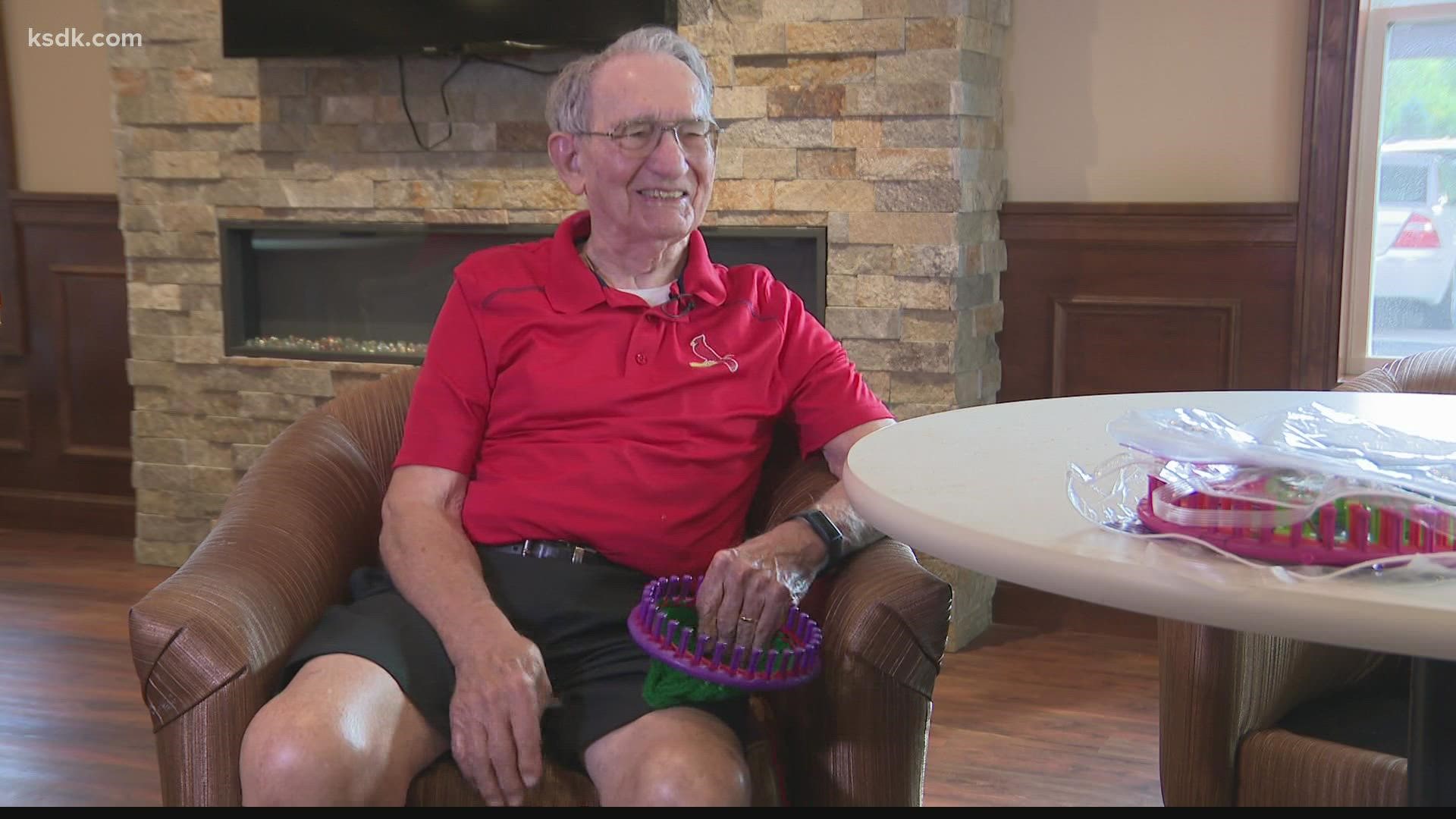 ELLISVILLE, Mo. — At the Fountains of West County, they're always recruiting material girls.

"Every time a new person comes here, "explains Barbara Underwood, "The first thing we say other than do you know how to play bridge? Would you like to learn how to make hats?"

Making hats in the afternoon crafting class has become one of the most popular activities there.

"What kind of skill does it take to put these hats together?" "Not too much," laughs Joan Voit.

But there are some strings attached.  When finished, these hats are delivered to organizations that help the homeless.

The 88-year-old Underwood helped start the group now known as the Mad Hatters.  A long-time educator, she's been crafting all her life, making hats and blankets for family members.

"I guess the main thing I liked was that when you have it to them, they knew it was your work," she said.

She's also a long-time volunteer with the non-profit Bridge of Hope and remembers what one woman in need told her.

"I'm not used to getting brand new anything," she recalls the woman saying. "The homeless woman was happy to have a brand new hat. So that made us feel pretty good."

Knitting may bring these people together, but every one of the Mad Hatters has their own unique story.

Voit, for instance, is the 87-year-old grandmother of Luke Voit, the first baseman for the New York Yankees.

"Oftentimes I have to get dinner in my room," she told 5 On Your Side. "So I can see (his games) because they start at six o'clock."

And then there's 90-year-old Norman Beckel, the only man in the group. He says he never did any crafts before now.

That's because he was a little busy working for McDonnell-Douglas on the Space Program.

The Navy Veteran was an electronic engineer and helped put the first Americans in space, including John Glenn, the first man to orbit the earth.

"My specialty was communication and so my job was to make sure he had good communications with the earth," Beckel explains.

Now, he's in a different kind of orbit.

Knitting hats may not be rocket science but there is liftoff, every time Bridge of Hope comes by to pick up the hats.

And how does it feel when you're helping people?

"That we still have value," says Underwood. "Our life still has meaning and value."

Every generation needs regeneration. The Mad Hatters, helping others and themselves one stitch at a time.

"It makes you feel good to be doing something for someone else, " added Voit.