Maid of the Mist honoring Glynn, Tesla with electric boats

The zero-emission boats will be named the James V. Glynn and Nikola Tesla. 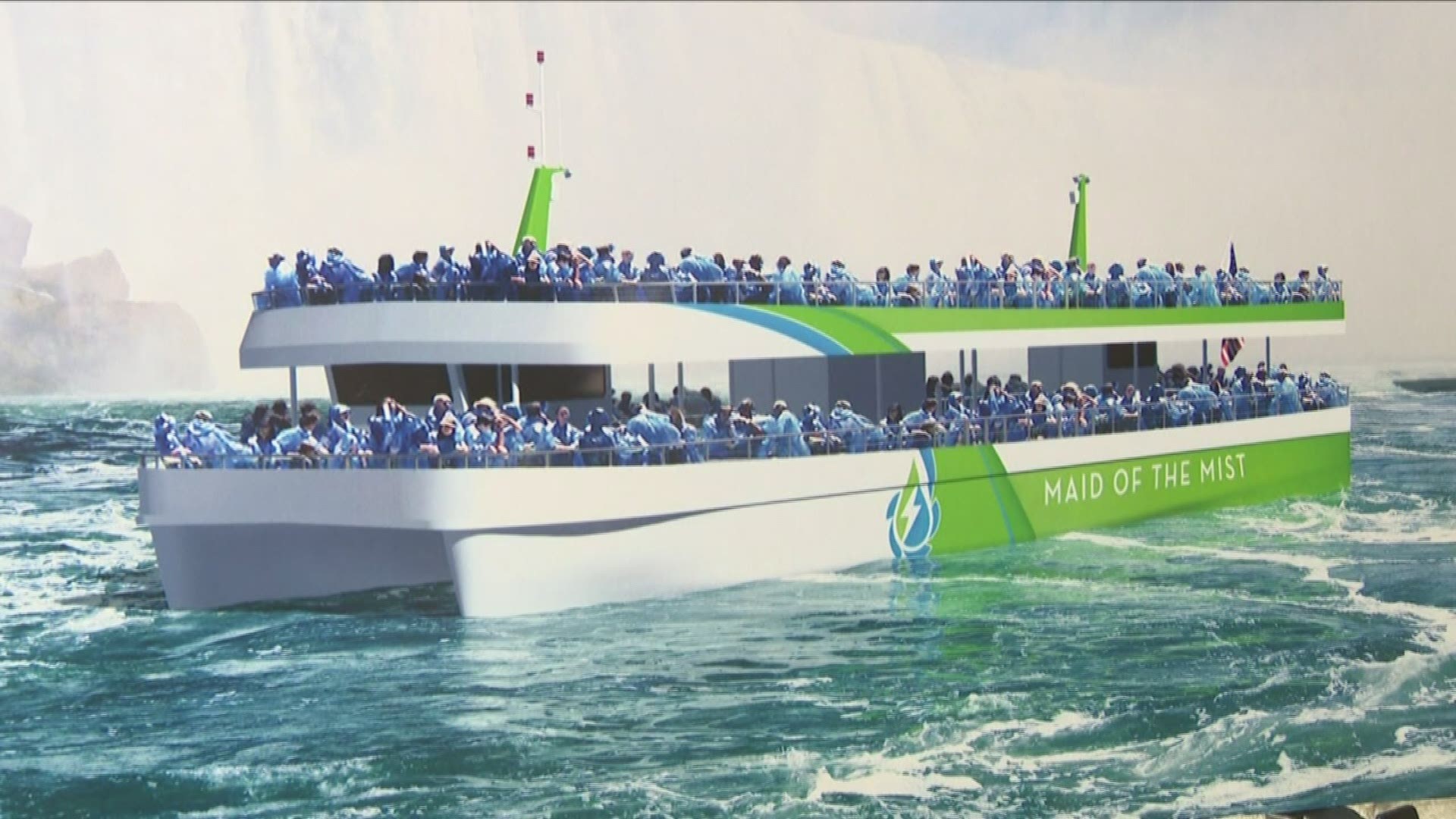 When the Maid of the Mist launches its new, all-electric catamaran-style boats this season, the two boats will be named after individuals with deep ties to Niagara Falls.

The zero-emission boats will be named the James V. Glynn and Nikola Tesla. Glynn is Maid of the Mist chairman and has been connected to the tour boat operations for more than 70 years; Tesla championed taking energy created by Niagara Falls and converting it into everyday use. Tesla and George Westinghouse created the first hydro electric power plant in Niagara Falls.

Glynn began his lengthy tenure with the Maid of the Mist as a ticket seller in the 1950s and later became general manager before buying the company in 1971. He remains a prominent civic figure in the area.

You can read the full story from out partners at Buffalo Business First.

RELATED: How bad was Monday's stock scare? It pared $3.4 billion from WNY firms