2 On Your Side has the exclusive interview with the boyfriend, and lawyer for the children, of Jennifer Duffin, the most recent pedestrian hit and killed on Niagara Falls Boulevard. 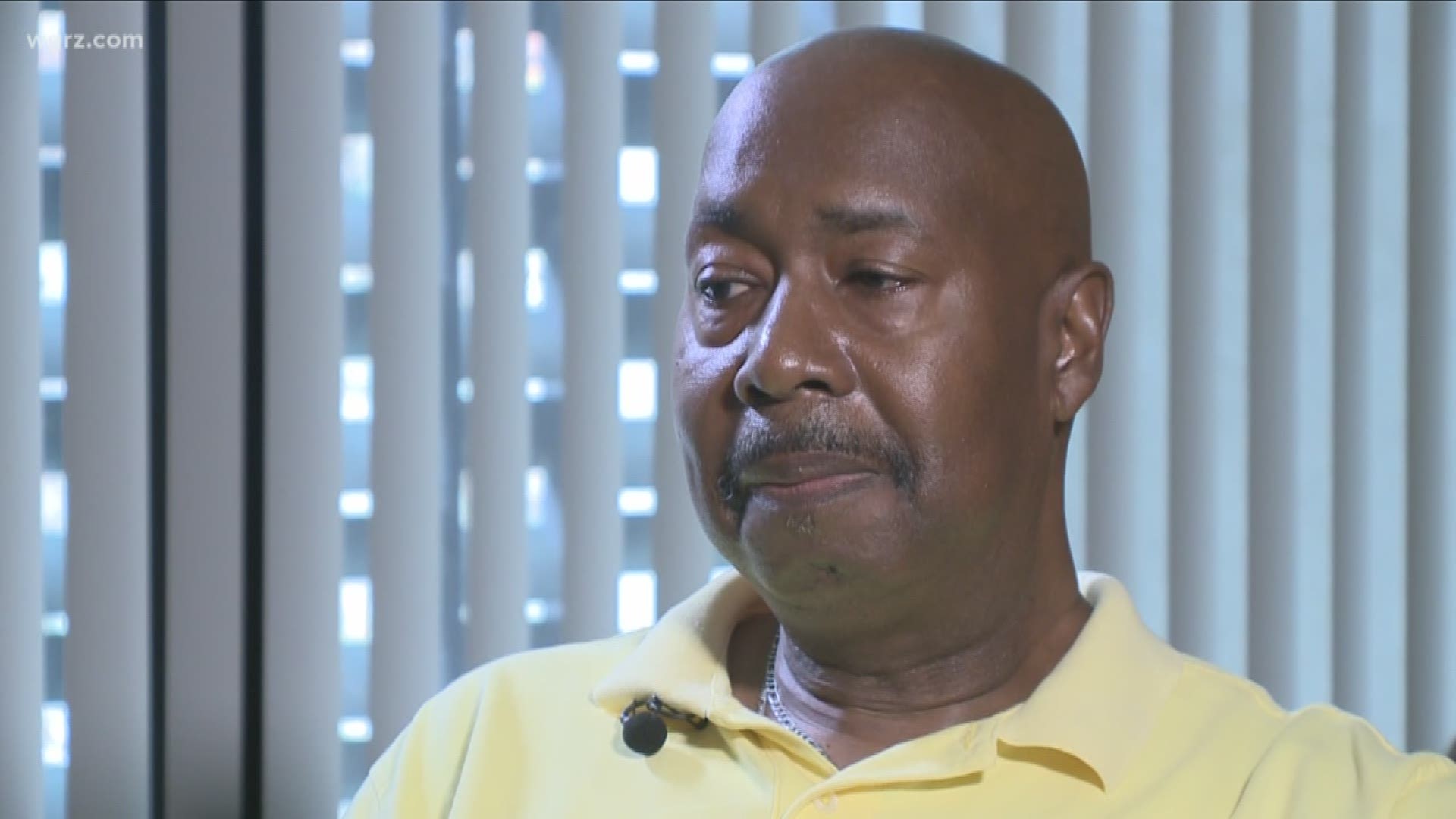 "I have good days and bad days," Moore told 2 On Your Side's Emily Lampa. "You know, the good days, I think about the good things that we did...and the good times that we had. And the bad days is...you know, we should be doing those things."

Duffin is the sixth and most recent pedestrian killed as a result of a crash on Niagara Falls Boulevard.

"That was one of the hardest things I've gone through in my life. I wasn't prepared for that."

The crash happened a few minutes after midnight, on Saturday, May 12. Duffin left the Econo Lodge at 2000 Niagara Falls Boulevard in the Town of Tonawanda on foot. We're told she had been living there for the past seven months.

According to the police report, witnesses saw Duffin stumbling as she crossed the three southbound lanes of the Boulevard and turned to walk north along the center turning lane. When Duffin tried to cross the northbound lanes a car hit her in the third lane, just before the sidewalk on the Town of Amherst side of Niagara Falls Boulevard. The force of the crash threw her up over the hood and into the car's windshield.

"(Police officers) came to my house," said Moore, remembering how he found out about the crash that morning, "and said that an accident had occurred. They didn't give me any information. They just said that they had taken her to ECMC. I went to ECMC and the doctors informed me then that she didn't make it through the surgeries."

MORE: NYSDOT response to another pedestrian fatality on NF Blvd

For Moore, her untimely death was difficult to process since in the few weeks prior they talked about getting married. But he admits his pain goes well beyond his own loss. He's worried about Duffin's 18 year-old son and 10 year-old daughter.

"Her world was her daughter," Moore said sadly. "She loved her. And her daughter loved her mother. I can't imagine what Raegan is going through."

Raegan Duffin had been back at the Econo Lodge the morning her mother was hit and killed.

The kids, through their guardian, plan to sue the State of New York as well as the Towns of Amherst and Tonawanda.

"Their mom is gone," said their lawyer, Jill Wnek, "and they'll never have the opportunity to do a lot of things that every kid gets to do with their mom. It's hard and it's still kind of new. My biggest fear is coming up to the holidays. It's still yet to be seen how hard it's going to be."

Wnek filed the notice of claim in August. They have yet to file the actual lawsuit.

Since the state and local municipalities are jointly responsible for the design, construction, and maintenance of Niagara Falls boulevard, Jennifer's family accuses those entities of negligence and misconduct. In the court filing, they allege that all three entities had "prior notice of long standing dangerous conditions" and that they allowed the Boulevard "to continue to remain in an unreasonably dangerous, unsafe, and defective condition."

"It's not like this was the first one and we didn't know anything about it," remarked Wnek. "There are five other families that have suffered a loss. Not to mention all the people that have just been hospitalized as a result of an accident on the Boulevard."

Just hours before Duffin was hit, 2 On Your Side had actually been out on Niagara Falls Boulevard showing New York State Assemblyman Robin Schimminger some of the pedestrian safety deficiencies along the state roadway; such as missing pavement markings, improperly timed lights, and pedestrian signals not working.

MORE: Why wait a year to fix pedestrian problems on Niagara Falls Blvd?

It was 2 days before that, when we spoke with Amherst Town Supervisor Brian Kulpa who said the towns were working on getting street lighting installed on Niagara Falls Boulevard north of I-290.

Jennifer's death and 2 On Your Side's continued reporting galvanized state and local leaders to put pressure on NYSDOT resulting in high visability crosswalks, funding for the three mile lighting project, and a pledge by the state to make more improvements after a year-long study of the corridor.

In the hopes of getting some other pedestrian improvements done sooner, the towns of Amherst and Tonawanda completed their own walking audit in June 2018, which found more than a hundred deficiencies. That audit only covered the north half of the Boulevard.

When the towns released their report on October 1, 2 On Your Side asked NYSDOT what it plans to do with the information. Spokespeople with the agency said they plan to stick to their original plan to wait for the outcome of their own $300,000 engineering study, set to wrap up next July, before making any significant changes.

Moore believes waiting is unacceptable, "Not to compare tragedies, but when the issue with the young boy that was killed in Delaware Park. It didn't take long at all...dropped the speed limit down to 30, erected barriers...and I give kudos to Buffalo and the state for doing that. But how many more people on the Boulevard? How many more people have to die?"

MORE: The Long and Complicated History of the Scajaquada

Even though Jennifer was hit crossing Niagara Falls Boulevard outside of a designated crosswalk, Wnek doesn't believe that fact will affect their case.

"This isn't the only place that injuries or fatalities have taken place," the family's lawyer explains. "Some take place right within the crosswalks. So where you are doesn't make the road safer, by any means."

2 On Your Side requested crash data from 2013 to September 2018, specifically for Niagara Falls Boulevard, and found that the rate on this specific roadway is much higher. Over the past five years, 92% of pedestrian crashes happened at intersections.

Whether or not they were actually crossing in a designated crosswalk, or with the signal, is not clear from the information provided by Town of Amherst and Tonawanda police departments. But the state numbers on Erie County show 22% the 1,254 pedestrians hit county-wide between 2011-2015 were crossing with the signal.

2 On Your Side reached out to the State of New York, as well as the Towns of Amherst and Tonawanda about the potential lawsuit and allegations made by the plaintiffs in this case and all three declined comment