Thanks to the dedication of a Lackawanna native, whose career made her well suited for sleuthing, a decades long mystery is solved. 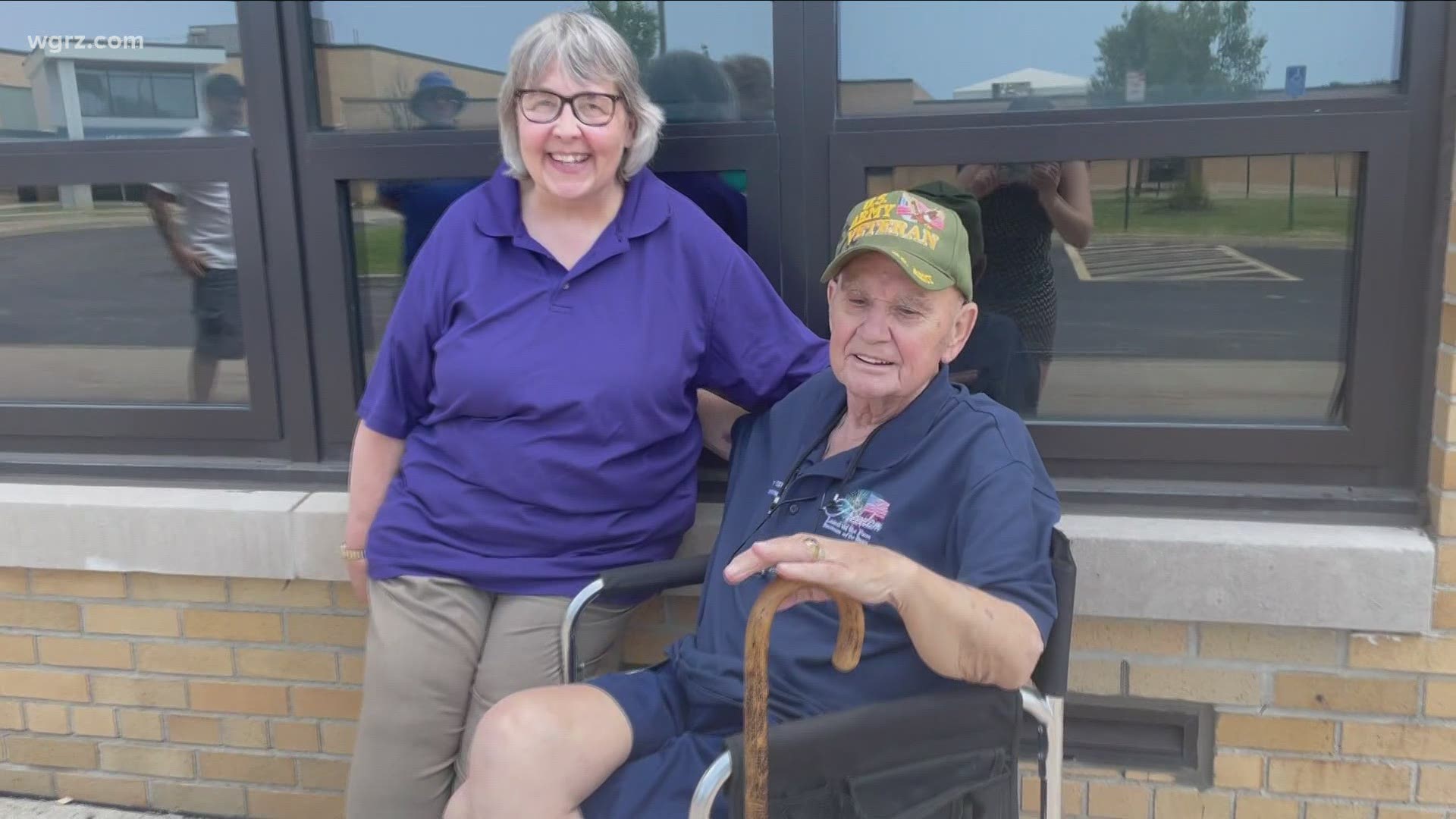 LACKAWANNA, N.Y. — After her parents had passed away, Mary Jo Orzech of Brockport made several trips back to her native Lackawanna last year go through her parents’ belongings.

In the drawer of her father’s dresser in her parents’ room, she discovered a ring belonging to a member of the Lackawanna High School class of 1955.

The gold ring with a blue stone had the faded initials ELD on the inside of it, and the only certainty that existed was that it did not belong to anyone in the family.

For more than a year Orzech dedicated herself to finding the ring’s rightful owner and returning it to them.

As a librarian at the SUNY College at Brockport, Orzech was well suited to begin the research. As she puts it "I think librarians are excellent at detective work. So I think it definitely played a part in this story because we had a ring that came to us and had been in a drawer for many years. All we had were initials. We didn't have any way to find the owner ."

She reached out to the Lackawanna Public Library to see if they had a class of 1955 yearbook that might yield some clues. They did not.

She contacted Lackawanna High School, but because it was closed due to the pandemic, it presented another roadblock in her search.

More recently, however, she was able to get in touch with Susan Palumbo, the Lackawanna High School librarian, whom she calls “the real hero” in all of this.

Palumbo was able to retrieve a 1955 yearbook and confirm that among the members of the Lackawanna High School class of 1955 was Eugene Darmstedter.

Armed with that information, and her researching skills, Orzech was able to confirm that Darmstedter, now in his 80s, was still living in Lackawanna.

More Important than The Mystery

It’s still unclear as to how Orzech’s father ended up with the ring.

Eugene Darmstedter was a Lackawanna firefighter who worked out of firehouse #3 on South Park Avenue.

This was just steps away from a tavern which was owned by Orzech’s father and uncles and was a popular gathering spot for the firefighters from Firehouse #3 when coming off their shifts.

It was also close to the Orzech home.

According to Darmstedter's grandson, Tony Darmstedter, his grandfather believes he lost the ring at a softball game at Ridgewood Village in 1958.

Because her father is now gone, Mary Jo says how he came to be in possession of it is still a mystery which may never be solved.

Eugene Darmstedter ,who has definitely retained his sense of humor, told 2 on Your Side Photojournalist Catherine Brown in jest that he had a bizarre theory about how ring ended up with the Orzech family. "Kinda wander how her parents got it. Unless her mother goes in the fields at night searching for stuff." That drew laughter

More importantly though, according to Orzech, was that she was able to contact a member of his family and arrange for its return. She says "We're very happy we were able to make a connection and get this ring back to its owner. We're just happy to see the smile on his face and hopefully make his day."

Eugene Darmstedter, due to health issues, seldom leaves his home.

Orzech arranged to return the ring instead to his grandson at noon on Sunday at the front doors of Lackawanna High School.

Though she did not expect to meet him, the surprise came when Mr. Darmstedter decided to accompany his grandson. He told 2 On Your Side "It's beautiful and it looks better on my finger."

In an email, Tony wrote, "they got to meet and he was ecstatic and so was Mary Jo. It was a great time and definitely brought smiles to Grandpa's face!"