Lockport man dies in motorcycle crash in Town of Cambria

State Police responded to the scene at Lower Mountain Road, which was closed for some time. 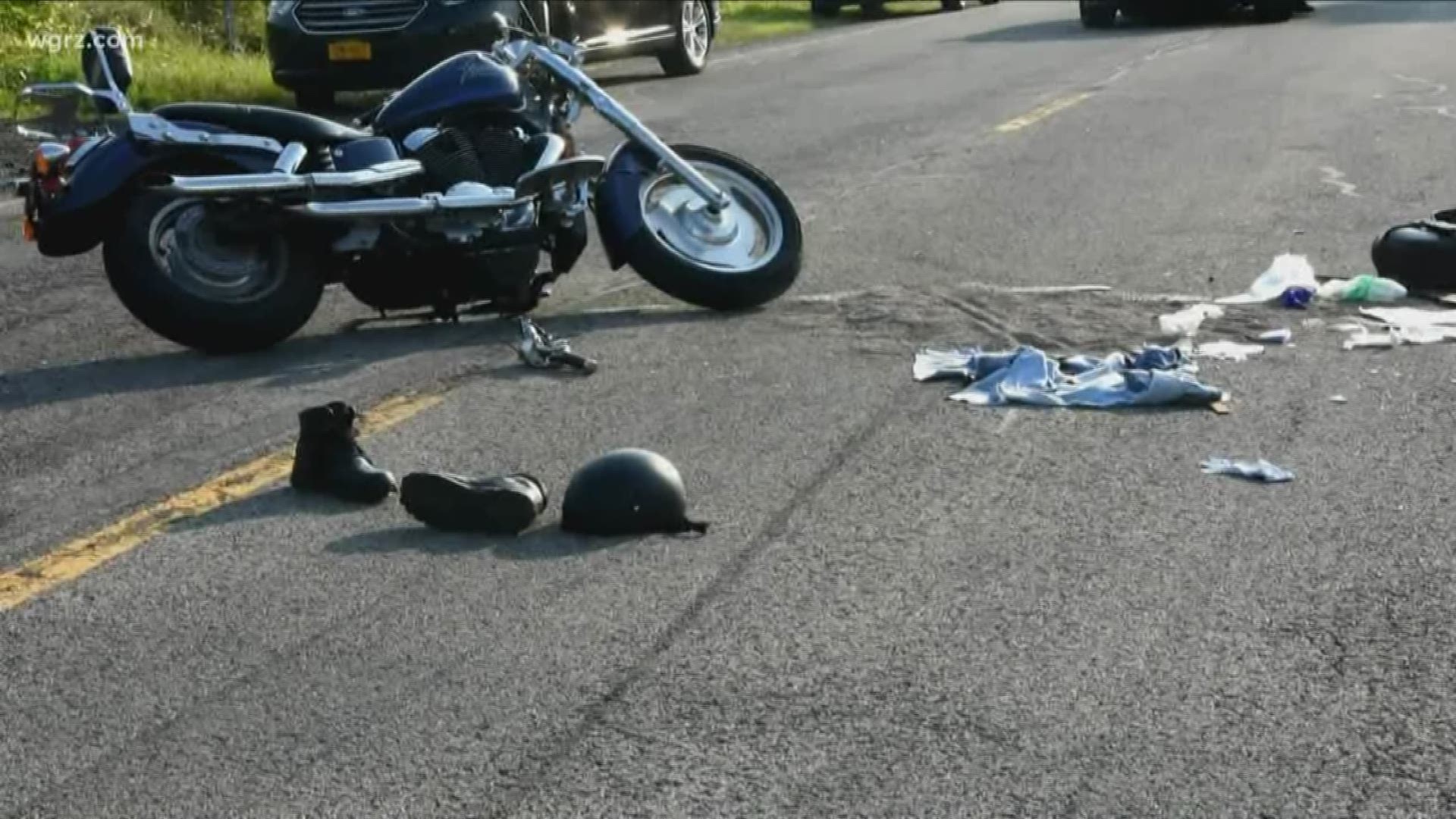 Stephen E. Tunmore, 56, who was driving the motorcycle, was pronounced dead shortly after he arrived at Eastern Niagara Hospital in Lockport. State Police say it was a two-vehicle crash.

The Niagara County Sheriff's Department said the crash occurred near 3997 Lower Mountain Road in the Town of Cambria and that Mercy Flight was on the way to the scene.

State Police said no charges have been filed.

Fillmore Ave. update: Police say man not shot after all

13-year-old injured in accident in Town of Boston