A Lockport man is dead following an encounter with police late Sunday night. 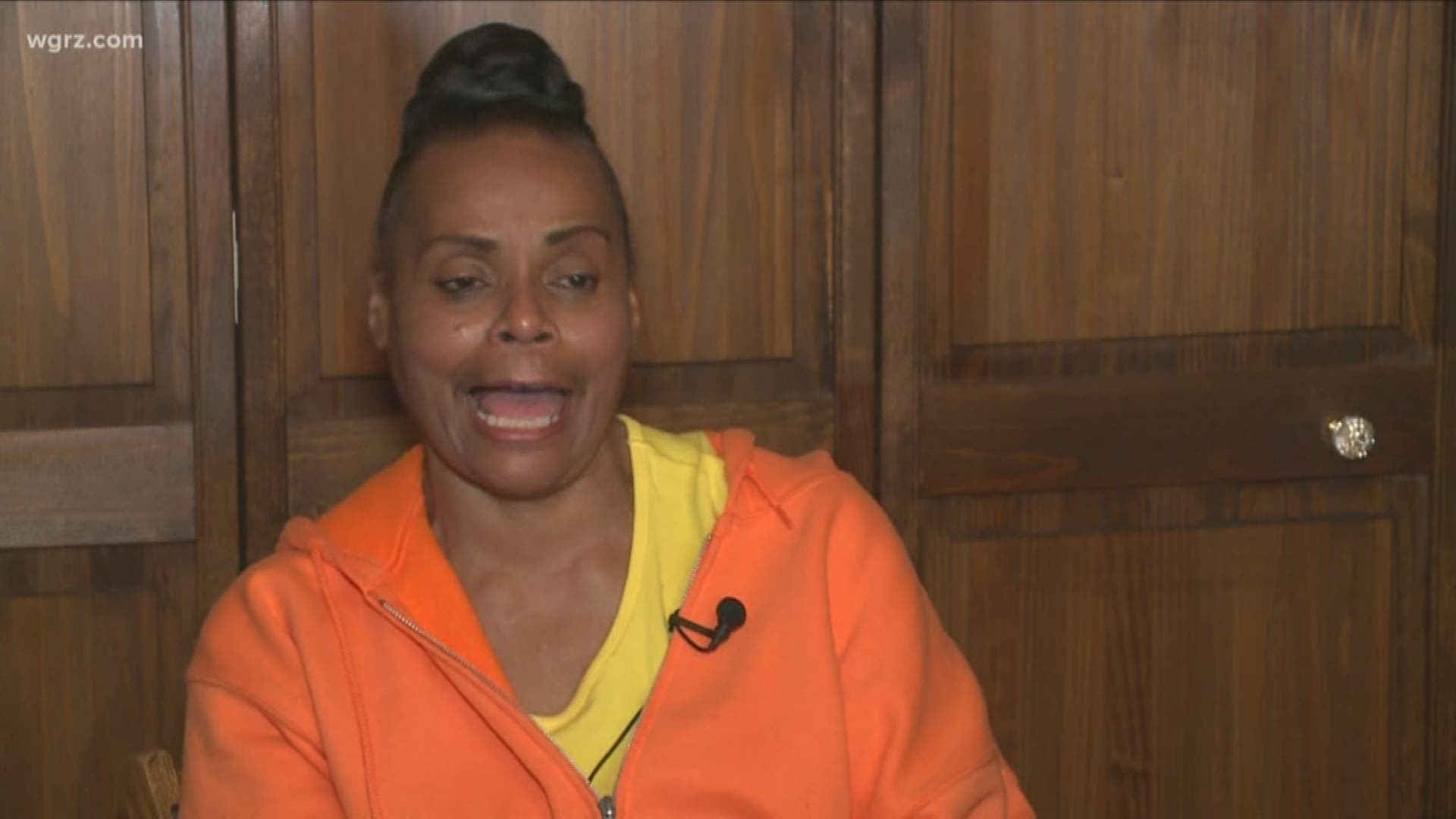 The family of Troy Hodge, 39, called police because they say he was acting strange.  They told 2 On Your Side's Claudine Ewing that Hodge thought people were going to harm his family.

The incident happened around 11:30 p.m. on Park Avenue in Lockport.

"He took his last breath out there on my pavement," says Troy's mother, Fatima Hodge.

Fatima Hodge called 911 Sunday night when Troy showed up at her Lockport home and something didn't seem right. She says he was running around saying someone was coming to hurt her. Troy was outside when Lockport police got there.

"They slammed him on the ground face down, and I'm out there screaming and hollering saying please, y'all don't hurt my son, don't you all kill my son," says Hodge. "He tried to get up and they body slammed him down again. And then, they had that gun thing. Taser. It broke on my child they did it so many times."

Hodge says Troy was taking prescription muscle pills, which she gave to the officers.

"I'm not blaming. I'm saying my son didn't try to hurt no police. He was trying to get up to help his mother, to save his mother, because he knew he wasn't himself. And they, it doesn't take 5, or 4, or 3 to do what they did to my child. No need to take that, they need to talk," she says.

2 On Your Side spoke to Lockport Police Chief Steven Preisch who provided the following account of what unfolded Sunday night:

Preisch says police got a call from the victim's mother shortly before midnight asking for help with her son because he was incoherent and not acting like himself.

A patrol car and ambulance were sent to the home. A preliminary report shows the first officer that arrived on scene found Hodge not acting rationally, including talking about getting a gun. The officer did not know if there was a gun in the home, or not, and closed in to prevent Hodge from going back into the house. At that point, a physical altercation ensued and Hodge was tased. The chief is not sure at this time if the tase was effective, saying no puncture marks were found on Hodge's body.

During that time other officers, including those from the Niagara County Sheriff's office arrived. The chief says while waiting for the ambulance to arrive, Hodge suffered medical distress. Two officers accompanied the ambulance to Lockport Memorial Hospital to assist in providing CPR, but Hodge was pronounced dead.

Chief Preisch says three of the four officers involved suffered minor injuries in the altercation and were treated and released from the hospital in Lockport. They are now administrative leave as is standard in these types of incidents.

"This outcome is nothing that anyone could have predicted, and it's not an outcome that anyone wanted," says Chief Preisch.

"Saying that we were the fake police, things like that, and that he had to go inside and get a gun. So when the officer heard that, he made the decision not to allow him to get back into the house in case there was a gun and he decided to close distance and go hands-on," says Preisch.

An autopsy was done Monday morning, but no cause of death has been released at this time.  Toxicology tests are still pending.

The family says when police arrived Hodge was restrained and then tased by officers.  They say he died in front of his family.

Hodge's relative said he was awaiting a dental procedure and was on various medications to deal with pain.