The first three of 14 life-size bronze figures of 19th century lock tenders were installed in the Lockport Locks on Friday. 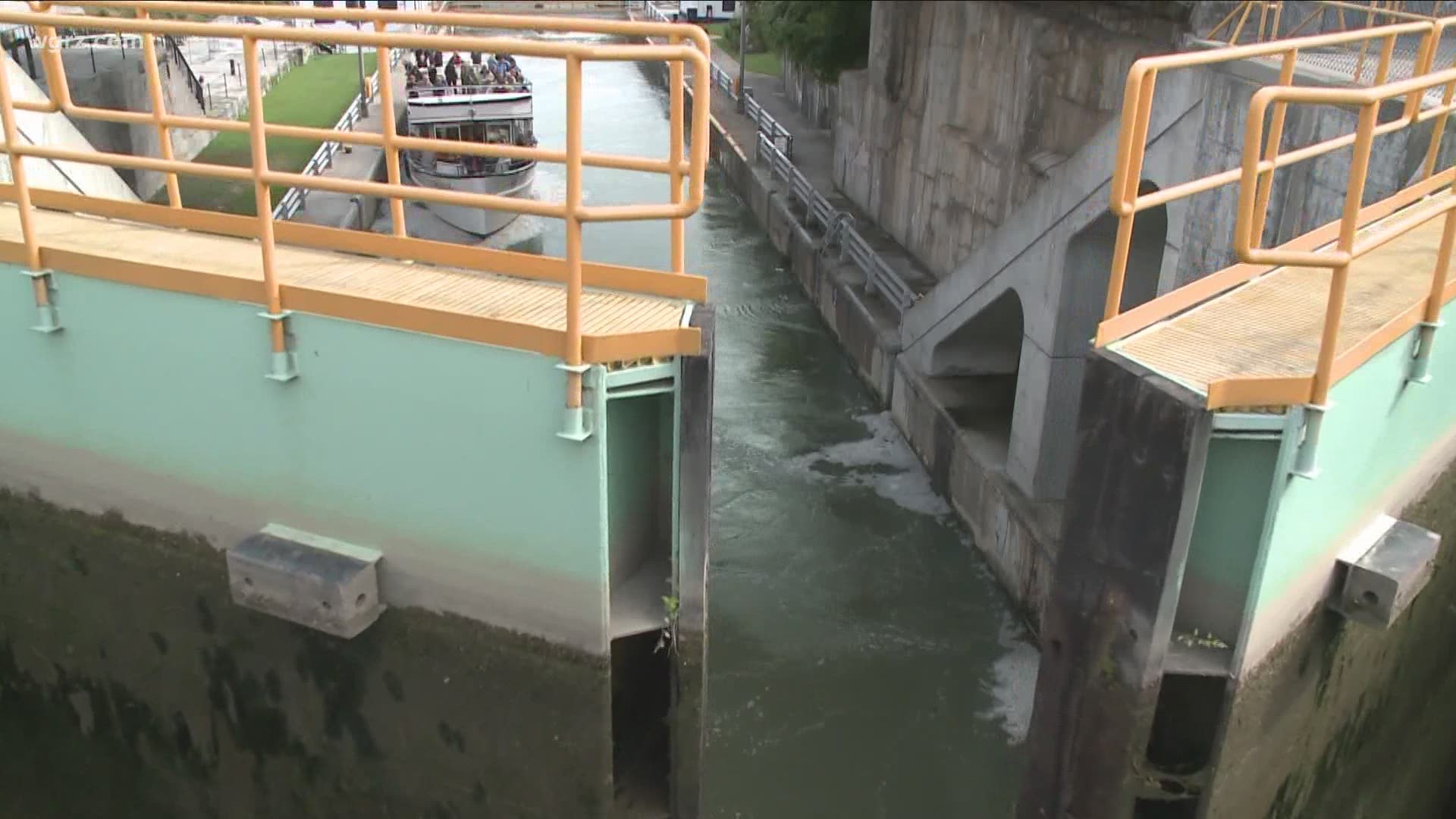 LOCKPORT, N.Y. — A project seven years in the making is starting to take shape in the Lockport Locks.

Three of the 14 planned bronze figures of 19th century lock tenders were installed Friday in the Lockport Locks — on the same stairs where an iconic photo was taken back in 1897.

The completed project will include a total of 14 sculptures: 12 lock tenders, a little girl sitting on the steps beside them, and the photographer, F.B. Clench.

"We're attempting to build an attraction here in the locks district that really makes this a site of national significance," said David Kinyon, chairman of the Lockport Locks Heritage District.

Lock tenders were responsible for opening and closing the locks, ensuring boats passed through safely, and keeping up with maintenance.

"One of the really special features of the Lock Tenders tribute project is the fact the people who are being memorialized with these sculptures were not really distinguished individuals. They were just ordinary workers," said Kinyon.

Niagara County provided funding for Phase One of the project. The county legislature approved $400,000 in Niagara Greenway funds to be used for the tribute.

Another five figures will be installed during Phase Two, which is scheduled for the spring of 2021.