Lockport community stands together in recognition of Overdose Awareness Day

August 31, 2021, is International Overdose Awareness Day. It is a day to remember all those who have lost their lives due to drug overdose. 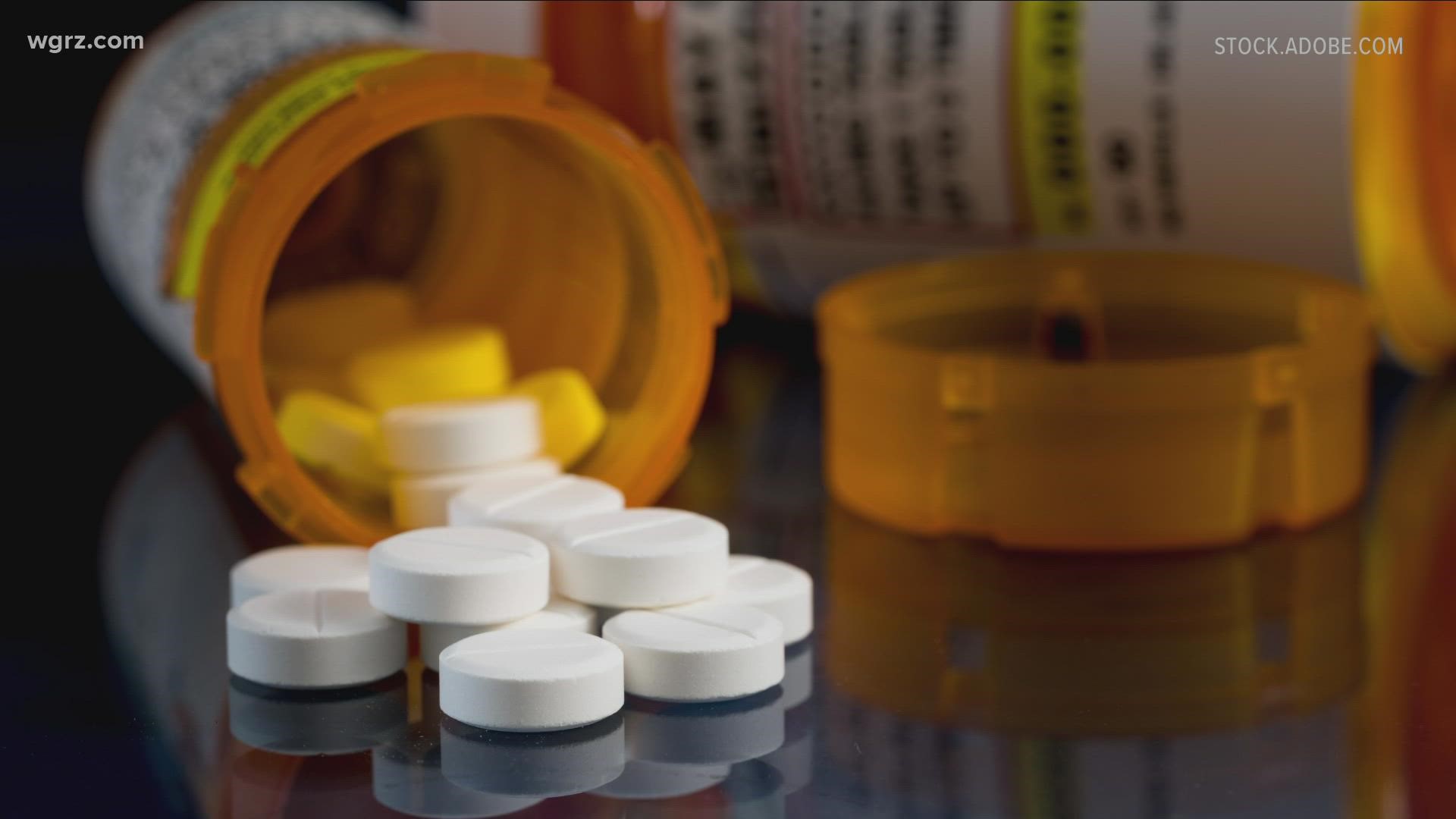 LOCKPORT, N.Y. — The opioid epidemic has been a growing concern for years, and since the start of the pandemic, those concerns have only intensified.

August 31, 2021, is International Overdose Awareness Day. A global day of recognition for the thousands of lives that have been lost due to drug overdoses.

The call for for more overdose prevention centers in the US is loud & clear. The ⬆️ in overdose deaths state-to-star has been intensified by the pandemic.

Locally, Independent Living of Niagara County (ILNC) and Addict 2 Addict Niagara (A2A-N) invited the Western New York Community to join them for their Fifth Annual Lockport Overdose Awareness Day Rally. The purpose of the rally is to bring resources and support directly to those who need them.

Doug Bisher and Yahaira Perez are peer specialists with Addict 2 Addict Niagara and say this year's rally is even more important and impactful given the effects of the pandemic.

"Isolation has been really tough," Bisher says. "A lot of different meetings, different pathways, I won't say shut down, but they had to find different ways."

While virtual meetings and resources have certainly been helpful, Bisher says being happy to hold the rally and really touch the community and deliver what people are asking for is great.

"We will continue to fight the stigma going forward. I think this idea of people thinking they can't do it, that there's no support out there, that no one cares, we are here to show and tell people we care," Bisher says.

"How many people do you know that have been affected by some sort of addiction or substance disorder? It's everywhere, no matter where it is, it touches everyone," Perez says.

All the more reason to get more resources out into the community.

The CDC reports that in the past six years, the number of people in the U.S. that have died of drug overdoses has skyrocketed.

Both Bisher and Perez say the need for more resources here in Western New York is as dire as it is in other communities.

"Bed availability has always been a big one, it's the biggest one," Bisher says.

And they are hoping that New York State's new governor, Western New York's Kathy Hochul steps up and does something about it - sooner than later.

"We just trying to give as many resources and information to help as many people as possible," Perez says.

And based on the growing turnout year after year, it appears this really is doing just that.