As part of a 2 On Your Side Original Report, Joshua Robinson and Lauren Hall take a closer look at the drop in numbers of local youth sport referees 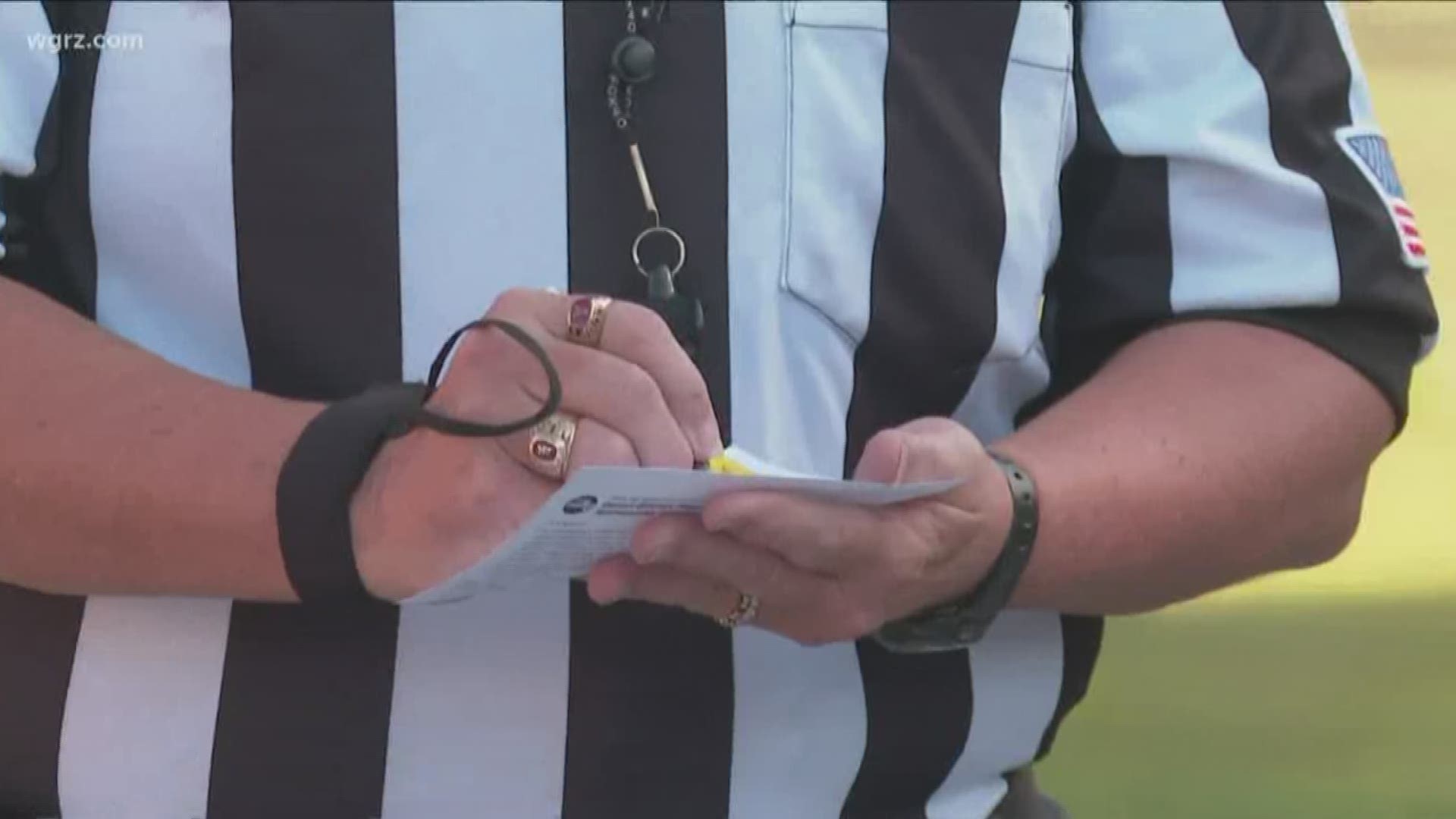 Dale Mussen is very proud of the 30+ years he's spent in a job he loved to do.

And we're not only talking about his time in radio.

Mussen has also been a high school referee in Western New York for about as long as he’s been a local radio staple.

"I started back in 1986. This is my 34th year,” smiles Mussen, a member of the Western New York Certified Football Officials. “I really hate to think of the day I have to give this up."

He’s even got a friend who just completed his 51st year of refereeing the game he loves, but when the time comes for both Mussen and his comrades, they will leave a group of local sports referees that is already on the decline.

Locally, statewide, and nationally, there is a growing concern among high school athletic associations that the pool of available referees is getting smaller, and new recruitment isn’t giving any kind of added optimism.

"We have so many schools asking us to do Friday night games,” says Mussen. “We've got 18, 19, 20 requests for Friday night games, and we just can't do it. Because you have to have at least four officials on the field, but do the math."

Alright. Let’s do the Math.

According to Mussen, right now there are only about 90 referees in Western New York currently certified to officiate varsity football.

That doesn’t leave much room for these officials to call in sick, or keep other plans and priorities.

Section Six reports referees can make anywhere from $68-100 per contest, so a vast majority of officials need another stream of income.

Bottom line: there just aren’t enough people to officiate all of these games on Friday nights.

Timm Slade, Executive Director of Section Six, says they’ve been forced to schedule more games on Wednesdays, Thursdays, and Saturdays as a result.

“We are definitely concerned in this trend of a shortage of officials,” says Slade. "We're going to do whatever we can to recruit and retain from our side, so our students in years to come will still be able to have their contests officiated."

Impact of Shortage on the Game

Section Six is one of eleven groups throughout New York State, acting as a governing body to facilitate the rules, contracts, and other issues with local officiating crews.

Section Six specifically oversees all Western New York, and Slade has seen his fair share of issues brought to the table.
One of them: officials who want to see regular implementation of a 5-man team, compared to a 4-man team.

“An extra set of eyes in a 5-man crew makes all the difference,” says Mussen. “I can only call what I see. If I don't see it, maybe the other guy will see it. That is the safety factor.”

Aside from the fact that the current ranks of referee numbers make it impossible to fully staff a 5-man team for every local game, every Friday night, Slade says a 4-man team is still solid.

"It may make it safer for the officials, because they have five and there may not be as much ground to cover, but the data is not out there or not available that demonstrates it is safer than four officials," says Slade. "If there were a safety purpose, it may be on both sides, for the officials and also students, to have as many officials available on that contest."

For the record, it is local schools—not Section Six-- who have the ability to negotiate for 5-man referee teams… If the staffing is available.
But even as they verbally disagree on issues like these, Slade and Mussen have both agreed that negotiations between the two are generally pretty smooth here in Western New York.

That’s because they know there’s a bigger issue to worry about.

Getting to the Big Problem

As of this writing, Section Six has over 1600 officials throughout all 34 of the sports played in Western New York.

And at their last recruitment class, Mussen says there were a few dozen new, young referee recruits in their 20s and 30s.

For whatever reason, Mussen says, only 10 stuck it out long enough to pass the class.

“We love it. Sometimes we’ll catch ourselves on the field, with giddy smiles because we just can’t believe we get paid to do this,” Mussen laughs referencing his job. “And we need younger guys. That will go a long way toward making things easier.”

The next referee class begins in January 2020, with registration opening on December 1st.

Slade says there are plenty of benefits to the job: referees can often create their own schedules, and stick with a sport they’ve loved, or even pick up a new one.

“What more could you ask for on a Friday night,” asks Mussen, as he glances one more time at the field. “Where else would you want to be, but right here?” 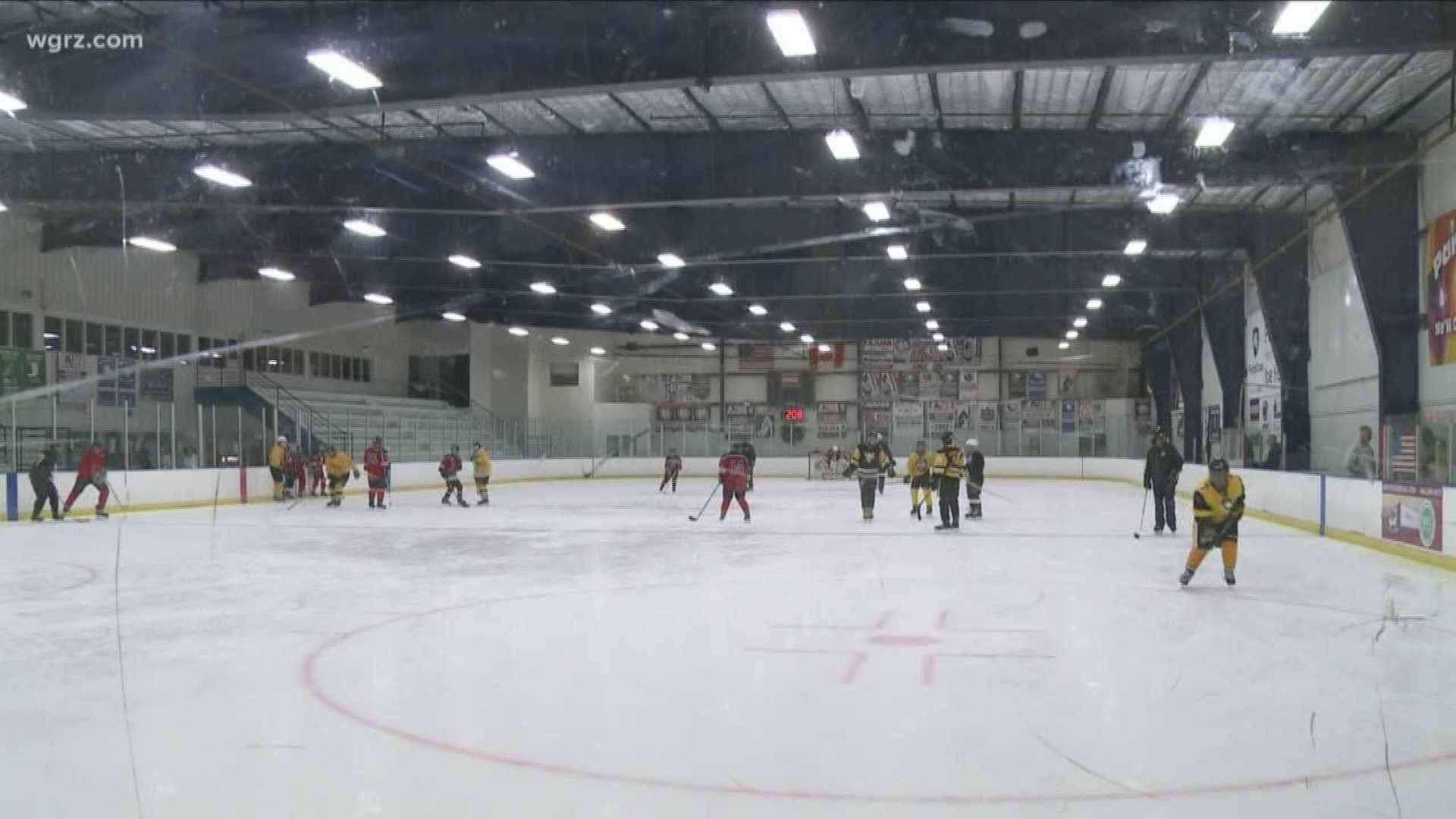 We've all seen the videos online of parents behaving badly in the stands at their kids hockey games. Often times, they're getting aggressive with the referees when they don't like a call.

"I can't tell you how many videos I get from parents, and I listen to the background noise, and they're screaming and yelling at the officials," Gary Cutler told 2 On Your Side. He's in the referee in charge for the Western District of the New York State Amateur Hockey Association. He didn't want to go on camera for this story, but he did want to discuss how abuse of officials is lead to a loss of officials in his organization. So we talked over the phone.

Cutler, a 47-year veteran official himself, explained that he's having trouble recruiting and retaining referees. The NYSAHA had 470 referees for the 2016-2017 season. This year, they're down to 407. Cutler said 47% of the new referees each year don't came back to for year two. He explained that part of the reason for that is because many first-year referees are teenagers, and still playing in hockey themselves, so it's hard to juggle the schedules. Their age also makes the accusations of verbal abuse by the parents and coaches even more troubling.

"It's just a normal reaction for people to scream and yell, I get it. But when you're dealing with young kids, you're just driving them away,"  Cutler explained.

We wanted to know what kind of impression this behavior from parents and coaches, can have on the kids who are playing the games. So, we went to educational psychologist Claire Cameron from SUNY Buffalo, who is an expert in how children learn.

"I don't think there's anything good about it," she said. "It's certainly good when parents are participating and involved with their children's lives, but watching aggression, watching violence, we know that that's one way that youth learns those behaviors," she explained.  "One negative effect is youth feeling embarrassed and ashamed because all of a sudden, attention is drawn to them and not for a good reason, but because their parent is losing control."

Cutler says he believes the issue will get worse before it gets better. Right now, his main tool to combat the abuse is to empower referees during their training seminars to eject the anyone who is acting problematic.

Cameron agreed with the need for the leagues to strictly enforce a zero tolerance policies against anyone who is doing anything offensive on or off the ice. She also discussed some ideas for ways families help create a more respectful atmosphere around youth sports, starting with the way parents talk to their kids about tense situations.

"The other thing to think about is, is it really true that one point or one goal, or one game is that going to make or break your child's future? The answer is probably not," she said.

Cutler says if he could give parents one message on behalf of the referees, it's that they're not the enemy.

"We're learning too, and we want your kids to have a great experience playing the sport. If we have a lack of officials because of whatever reason, your kids aren't going to be able to enjoy it."

RELATED: Should 12-year-olds be allowed to play tackle football? NYS lawmakers are discussing the idea again