Local singer recalls being contacted by friend of R. Kelly

R. Kelly is accused of sexual, physical and mental abuse against women and minors. 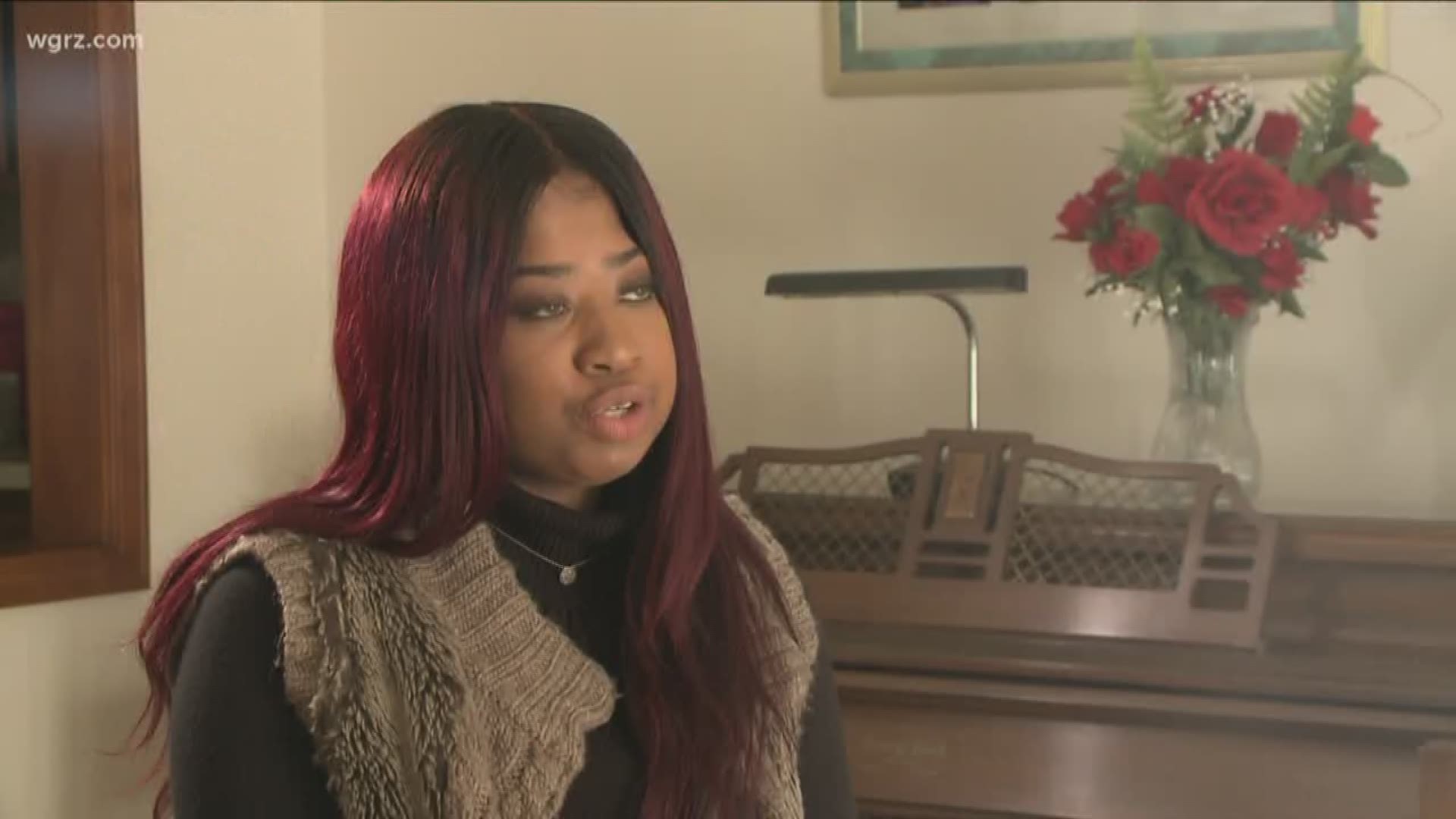 BUFFALO, N.Y. — Amber Simone, 23, remembers 2015 when a video of her singing at graduation party went viral. The video was posted on Facebook and shared by many, including a friend of singer R. Kelly, who was trying to arrange for Amber's music to be heard by Kelly.

The woman's name was Carlita Hodges. Amber has screen shots of the Facebook messages with Hodges.

"She was trying to show him my music because he loves talent and he's always looking for new talent and things like that so I'm like, 'Oh, he could be my mentor,' " Amber said.

In one of the messages, Hodges wrote, "R. Kelly he's not a bad guy they say."

Singer R. Kelly is under investigation after a Lifetime documentary accused the singer and songwriter of sexual, physical and mental abuse against women and minors.

2 On Your Side first introduced you to Amber Simone 2015. Her story was powerful because she was born with a birth defect that could have left her voiceless.

Amber recall getting phone call from Hodges around midnight. "She called me, and she said, 'I'm going to call Robert right now.' " Robert is R. Kelly.

The conversation never happened, and Amber's mother was livid because she made it clear that no conversations were to happen without her knowledge.

Looking back on the situation, Shellonnee Baker Chinn said, "It was very unsettling in my stomach thinking that we were that close, by being the mother of  an artist how driven they are."

She has not seen the documentary and doesn't want to view it after hearing about the stories of young women.

"The scary thing is after watching the documentary I realized my story was no different than any of those girls (in the documentary). He promised them all the same things. They all had the same dream as me to become a singer songwriter," Amber said.