The 80-mile bike, foot and horse trail would run from the City of Buffalo to the Town of Hinsdale in Cattaraugus County. 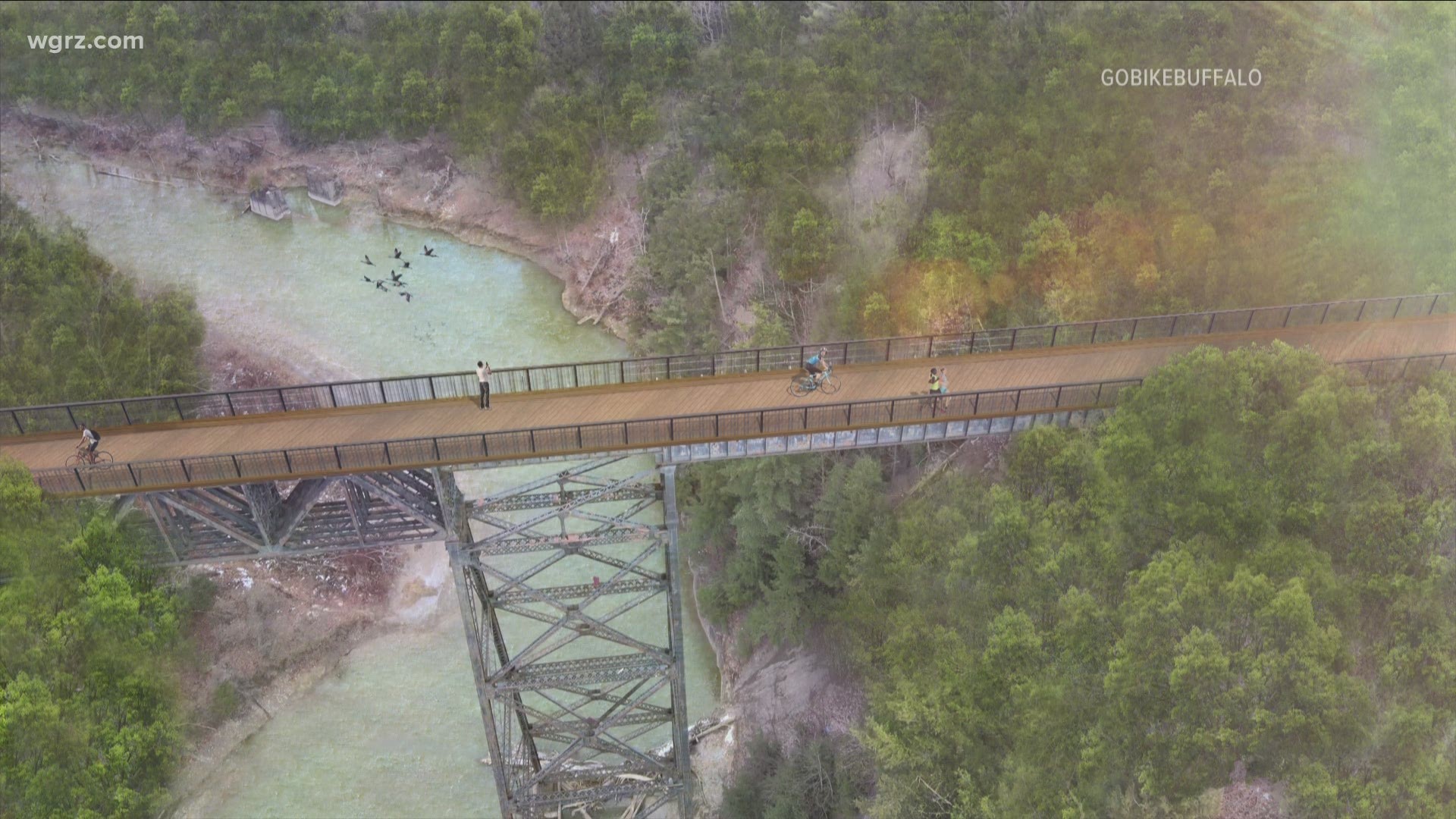 BUFFALO, N.Y. — There could soon be a new trail system in Western New York that would connect Buffalo to the Southern Tier.

The organization GObike Buffalo is proposing a new 80-mile trail that would connect the City of Buffalo with the Town of Hinsdale in Cattaraugus County. Along the way, the trail would connect 21 Western New York towns and villages.

The newly proposed trail would also connect to two major trailway systems in the state: the 750-mile Empire state trail and the 90-mile Genesee Valley Greenway.

The trail would be a compilation of 23 projects. The overwhelming majority of the trail, about 75-miles, will be off-road. The trail will go from Ridge Road in Lackawanna to the Genesee Valley Greenway trail in Hinsdale with 24 access points along the way.

One of the high priority projects would be the stabilization of the Cascade Bridge in Springville. The group hopes the elevated trestle bridge would become a signature destination for the trail. The pathway would be designated for foot, bicycle and even horse travel in some locations, some spots will also be accessible by snowmobile when the weather allows.

For the past year, GObike has been working on the feasibility study for the 80-mile Southern Tier Trail. We're thrilled to release the final plan with preferred routes! https://t.co/vSBy72ZaGy pic.twitter.com/Tin4NN5Ryp

In a statement, Town of Ashford Supervisor John Pfeffer said “The Town of Ashford enthusiastically supports the creation of a future rails-to-trails opportunity in Ashford. Rehabilitation of the Cascade Bridge as the Gateway to Ashford and Cattaraugus County is a major step forward in attracting tourism and other adventure seeking people to all that we have to offer.”

GObike's feasibility study was supported by funding from the Ralph C. Wilson, Jr. Foundation. The organization is now looking to the public to get feedback on the proposed route and the projects included in the proposals. You can read the full summary of the study here.