That family woke up Saturday morning to learn their car had been vandalized with racist remarks and valuable possessions inside the car were stolen. 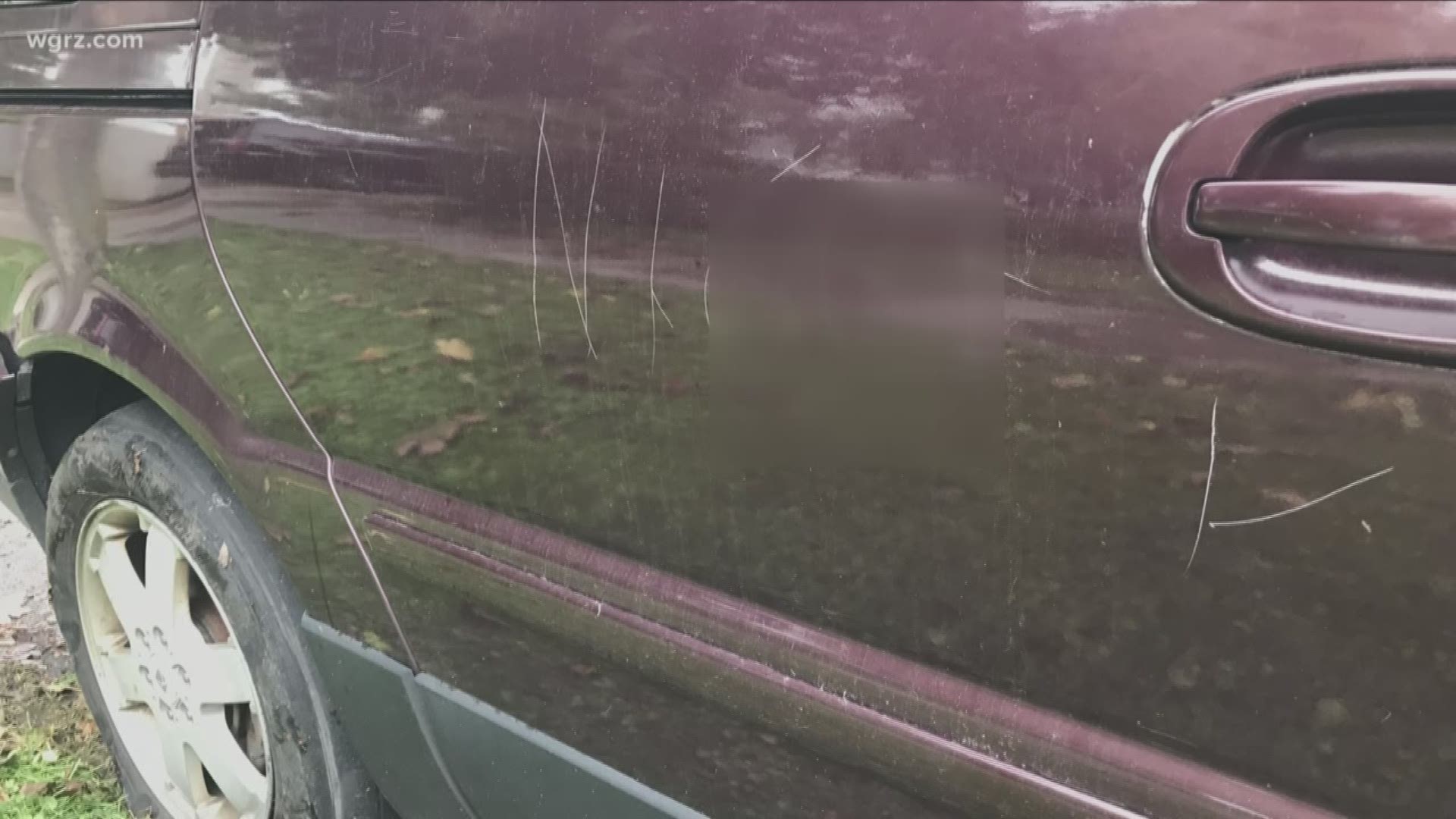 BUFFALO, N.Y. - An appalling display of racism has happened against a family in the Parkside section of Buffalo.

That family woke up Saturday morning to learn their car had been vandalized with racist remarks and valuable possessions inside the car were stolen.

David Washington and his wife Jacquelyn are asking the question -- why would anyone vandalize their car and break into it?

"There's no bad dealings, I have no idea who could've done this," Washington said.

On Saturday morning, David says before going to work as a tech support specialist at Spectrum, he found his car tires slashed. The N-word keyed on the side door. Keyed on the hood, the acronym MAGA -- Make America Great Again -- President Donald Trump's campaign slogan.

REPORTER: Have you had any other issues like this before in the past at anywhere where you've lived before?

"Never this is the first time," Washington said.

Inside -- cash, Christmas gifts, and their passports were stolen.

"What is more concerning to me is what exactly do you plan to do with our passports because that matters to me a little bit more because that's something someone could use to take our identity," said Jacquelyn Archie.

"Honestly, I wish I could say hope, a lot comes from this but I don't think it will," Washington said.

David wrote a post about the incident on Facebook, to raise awareness about what happened. More than 48 hours later, neighbors, family and complete strangers have been pitching in to help David, Jacquelyn and their four kids.

"Our neighbor across the street took the kids some of them needed to be driven to school to school this morning my mom just dropped her car off and is offering to get me a new one," Washington said, "the people that did this are the minority I have 400 messages from people just showing support."

The family has lived in Parkside for about a year and they say they're staying.

"I'm not going to be that easily shaken," Archie said.

That community support just continues to get larger. A Go Fund Me page has been set up. Belsito, a North Buffalo restaurant says it will have a fundraiser for the family this Monday or the following Monday.

A local woman has set up what's called: Buffalove for the Wash Family. On Friday the 19th, a group of community members will meet at outside the Daily Planet at 6:20 p.m. and walk over to the family's house just to say hello and show some Buffalove.