There are questions on whether star QB Patrick Mahomes will play Sunday vs. the Bills in the AFC Championship game because of an injury Mahomes suffered Sunday. 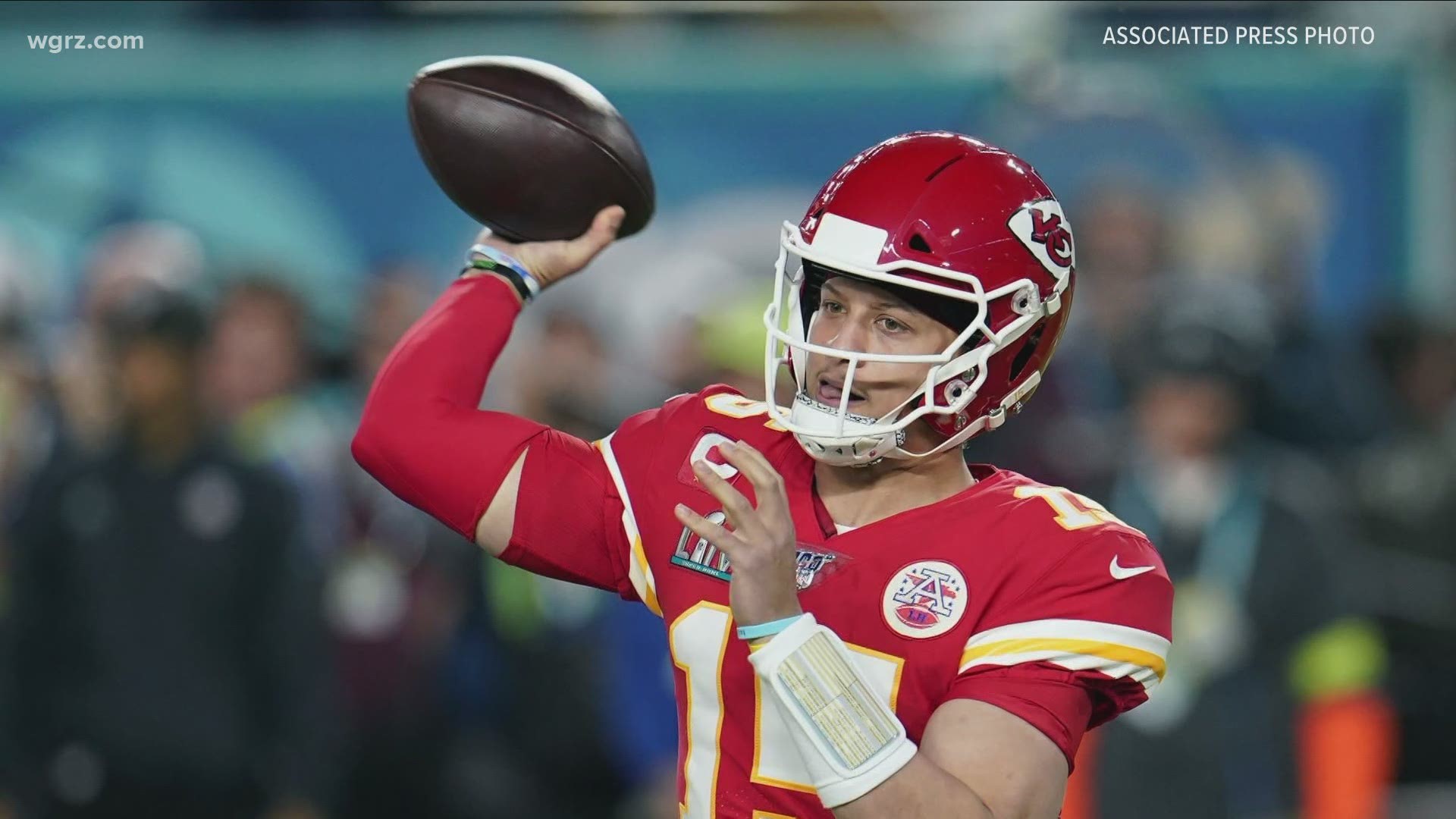 BUFFALO, N.Y. — 2 On Your Side is hearing from local doctors about the injury Patrick Mahomes suffered Sunday, against the Cleveland Browns in the divisional round of the NFL playoffs.

Mahomes was tackled around the neck area and forced to leave the game. Since then, he has been in the NFL's concussion protocol.

"When you see him injured on the ground, the first thing that you see is his left side of the body stiffens out, with his left leg and that is called the fencing sign, which is typically seen with significant concussions," Mechtler said.

Mechtler says there are more signs when Mahomes favored the left side of his body. The NFL’s concussion protocol is a five-step process.

"Typically, it’s five days once symptoms start to improve and resolve then you ramp up cardiovascular add in some strength and higher intensity, then you get back to sport-related activity," said Dr. Daniel Day, Rochester Regional Health sports medicine specialist.

Of Mahomes, Mechtler says, "He’s probably started some limited activity he may be doing a little aerobic exercises non-contact on the bicycle."

"If he becomes symptomatic, I have a bad headache, I have a migraine, I feel dizzy I have vertigo I have confusion then he goes back to phase one," Mechtel said.

But, in the end, this is what both doctors tell us about whether Mahomes will play.

"In these scenarios, I would suspect he would be on the field on Sunday," Day said.

"If you ask my opinion, I think they’ll probably play him this Sunday, I’ll be extremely surprised if that’s not the case," Mechtler said.

2 On Your Side Jeff Preval asked, "Because what it’s the NFL, it’s the AFC Championship game?"

"Yes, the answer is yes, yes and yes," Mechtler said.

Every player who goes into the concussion protocol needs to be approved by an independent neurologist.

ESPN reports Mahomes does not have a long history of known concussions.