The City of North Tonawanda allowed local youth to play a role in designing a new play space at Mayors Park. 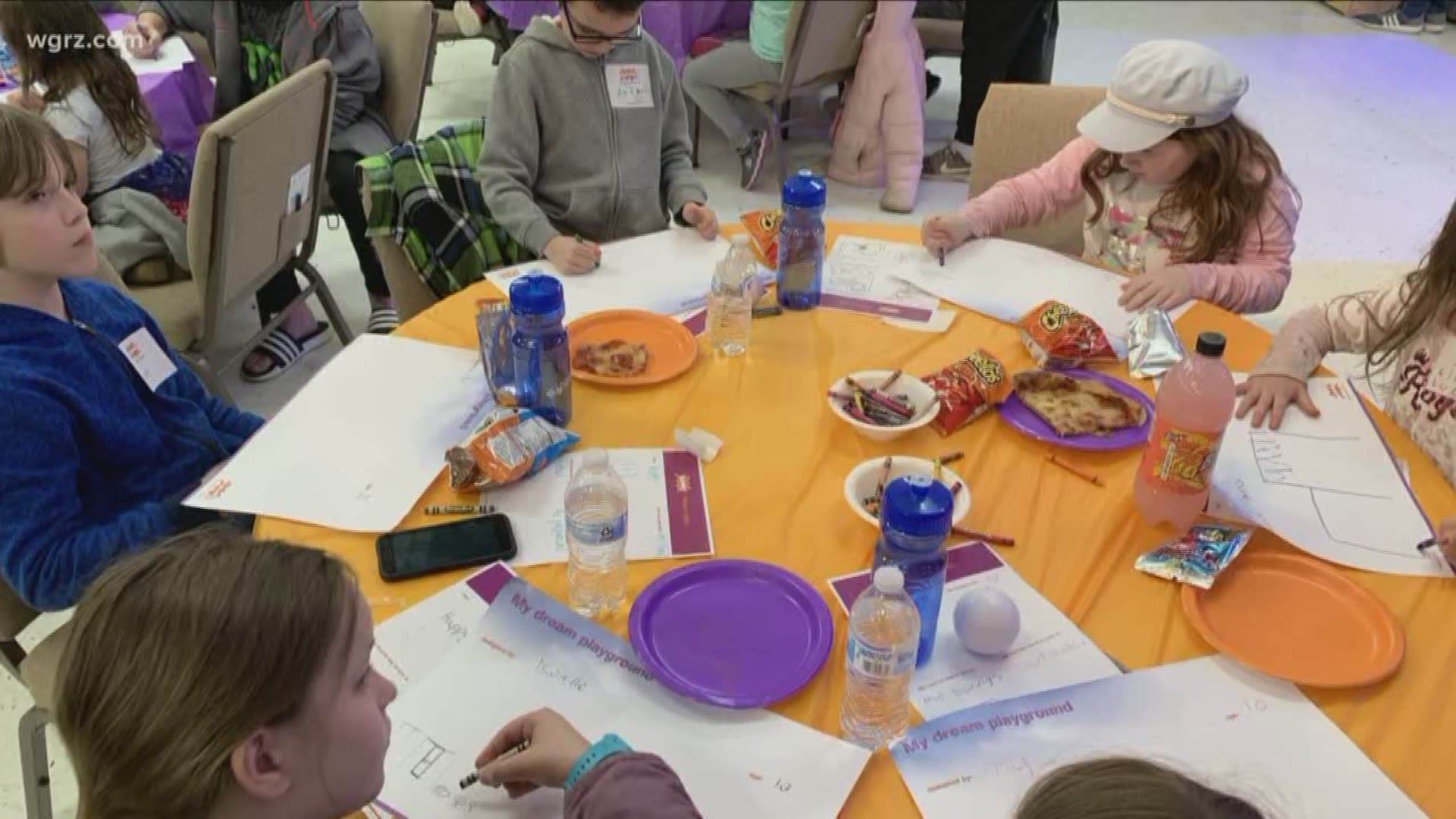 NORTH TONAWANDA, N.Y. — With crayons and paper, the City of North Tonawanda asked local youth to design their dream playground, which will come to life with the support of The Ralph C. Wilson Jr. Foundation, BlueCross BlueShield of Western New York's Blue Fund, and the non-profit organization KaBOOM!

Elements from the children's drawings will be incorporated into design options for a new play space being implemented at Mayor's Park.

Children were invited to the North Tonawanda Rec Center on Monday evening to design their dream playground. A meeting among community volunteers who wanted to help with the project followed.

The playground is planned to be built on Saturday, July 27.

This project is part of the Ralph C. Wilson, Jr. Foundation's Built to Play Initiative, an effort to restore and create safe spaces for children to play in neighborhoods across Western New York and Southeast Michigan.

Mayors Park is one of the more than 20 new play spaces the Built to Play Initiative plans to create this year.