Parents and school leaders don't want the methadone clinic so close to their school. 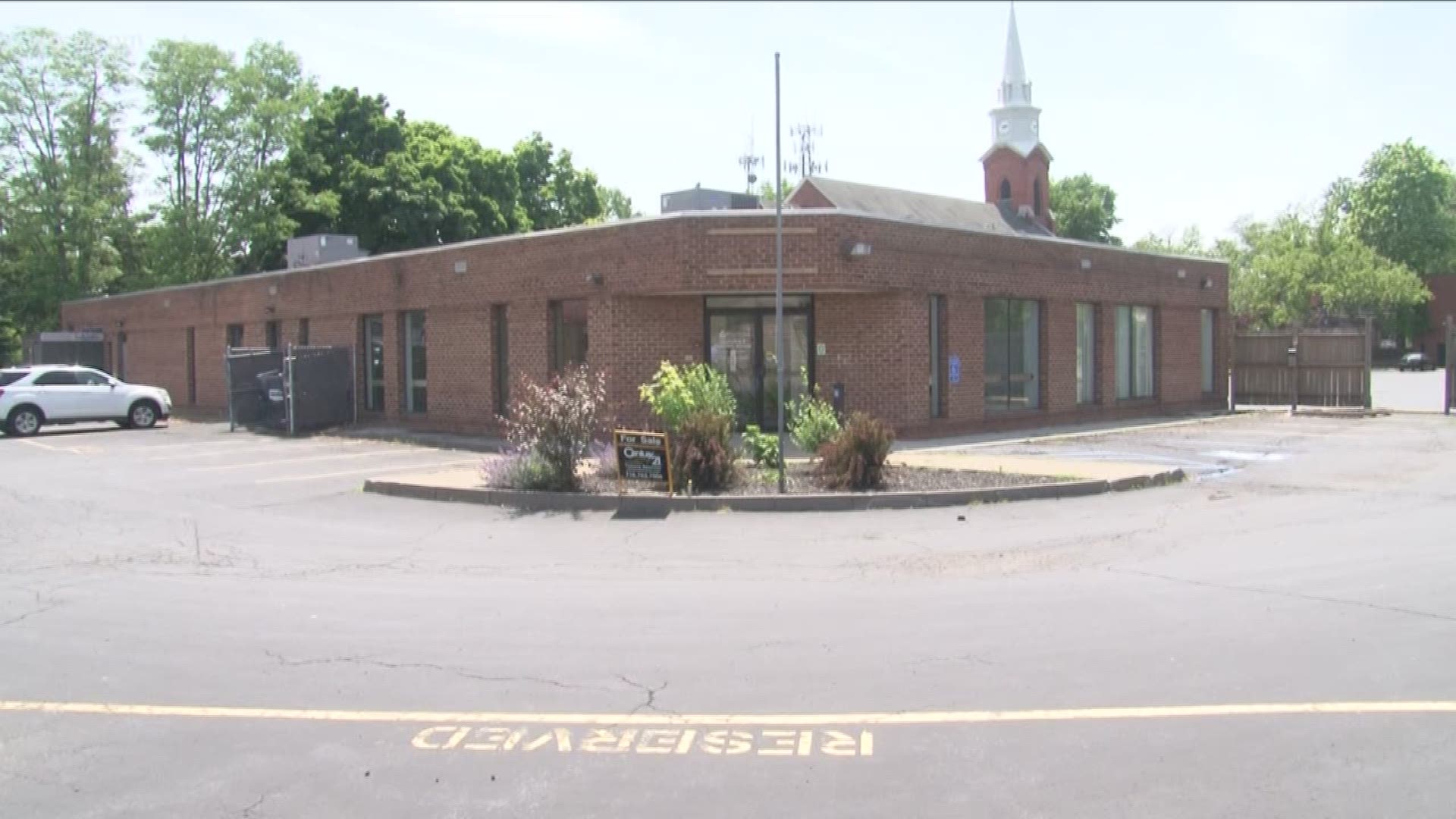 DUNKIRK, NY - A proposed methadone clinic in Dunkirk has parents and a local school concerned. They say they're scared of the possibility of clientele to that methadone clinic negatively influencing kids.

"We are not saying the methadone clinic is not needed, is not wanted we want people to get the help they need because it is a true need in this community," said Jenny Tilaro, the principal of the school, "Our biggest concern are our students we serve Pre-K through 3, all the way through 8th grade, I don't want them to have any interaction or see any interaction that's happening outside the playground with even a couple people that have gone to the clinic and they coming out, what kind of interactions are they having what kind of language are they using?"

The clinic would be run by Hispanics United of Buffalo, which has operated a substance abuse methadone clinic on the West Side for several years. The organization declined our request for an on camera interview.

The proposed location for the methadone clinic in Dunkirk used to house substance abuse and mental health services.

"But they only served one or two clients at a time, in this facility you're dealing with an increased amount of clients," Tilaro said.

Studies have shown that methadone clinics do not attract crime.

That was the finding in a study done by John Hopkins two years ago.

Still, parents and school leaders hope the facility is moved to another location in the city.

"Some of my families are already thinking of not coming back next year," said Tilaro.

The principal of northern Chautauqua catholic says she's working on setting up a meeting for parents with Hispanics United of Buffalo to ask questions about the methadone clinic. That meeting is expected to be held next Tuesday at 6pm inside the school gym. It will be closed to the media.

On Thursday evening we received a statement from the parent company of Hispanics United of Buffalo, Acacia:

Acacia Network was founded by pioneers in the battle against drugs and addiction in the late 60s. All these years later and despite all of our efforts and expertise, we recognize the magnitude of this opioid crisis in NYC and NYS where the overdose rates continue to increase. We stand along with all that are making efforts at city, state, federal and local levels to combat and end this crisis that continues to destroy families, our youth and local communities.

With the devastation of this epidemic being felt, we are eager to take "a very negative situation" and parlay it into an opportunity to fuel the wellness of the community. As such, we look forward to continue our dialogue in the Dunkirk community and explore collaborations to open an Opioid Treatment and Chemical Dependence Treatment program. It has been proven that access to medication assisted treatment options such as Methadone, Buprenorphine and Vivitrol save lifes. If a community doesn't have access to these services, you see many individuals commuting from long distances on a daily basis to be able to receive services. This is a barrier and we believe that access to Chemical Dependence Outpatient Treatment programs are essential to combat the crisis we are facing these days not only in NYS, but across the nation.

We have a long-lasting relationship with OASAS and we have opened several programs with their support as well as with our own investments. As standard procedure, State, Federal and DEA approvals are sought in order to operate Opioid Treatment program. The Office of Alcohol and Substance Abuse Services has granted a contingent approval on both the Opioid Treatment and Chemical Dependence Outpatient Treatment program. We stand ready to open services at 51 East Third Street Dunkirk, NY in the fall.

We look forward to working with the community and stakeholders to ensure their concerns are addressed as we work towards collaborations of greater benefits for the community. Our approach in many communities has been proven to be a successful model, where we ensure to fulfill our mission of partnering with communities, leading change, and promoting healthy and prosperous individuals and families.