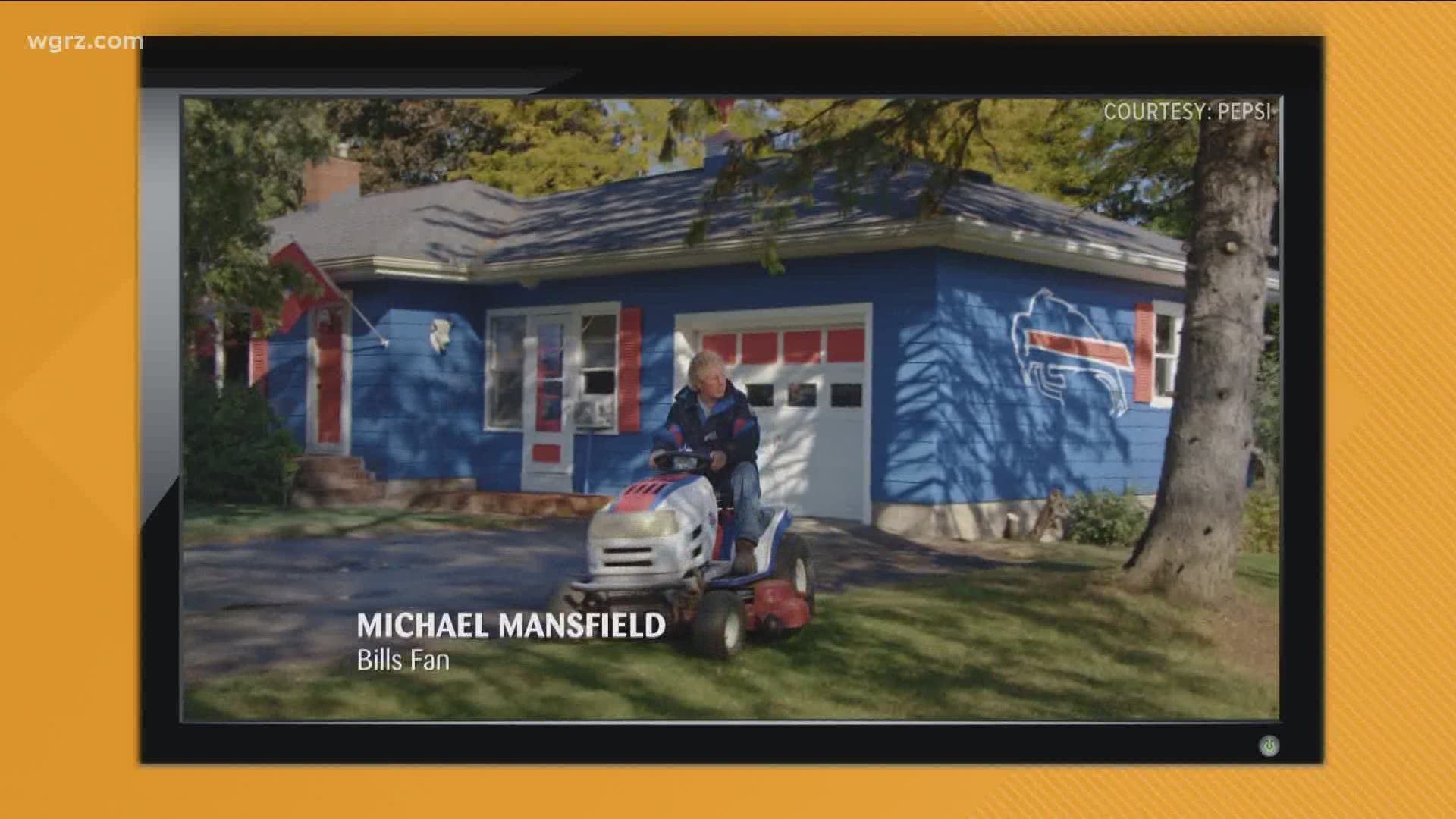 ROCHESTER, N.Y. — A Rochester-area Bills fan and his neighbor, who supports the New York Jets, will be featured in a Pepsi commercial during Sunday's game between the two teams.

After a local TV news station, WHAM Rochester told Michael Mansfield's story, it got a lot of people's attention, including Pepsi. Mansfield painted his whole house in Bills colors after his neighbor, Eric Jensen, flew a Jets flag outside his own home.

The company said that if they could get 1,000 retweets, Mansfield would get his own commercial, as well as billboards across the Rochester area.

Of course, Bills Mafia came through, more than doubling Pepsi's retweet request in a matter of hours.

The commercial is set to air during this Sunday's game between the Bills and Jets. The billboards have already gone up in the Rochester area. Bills fan-favorite, former wide receiver Stevie Johnson, is also set to appear in the ad, according to Pepsi. 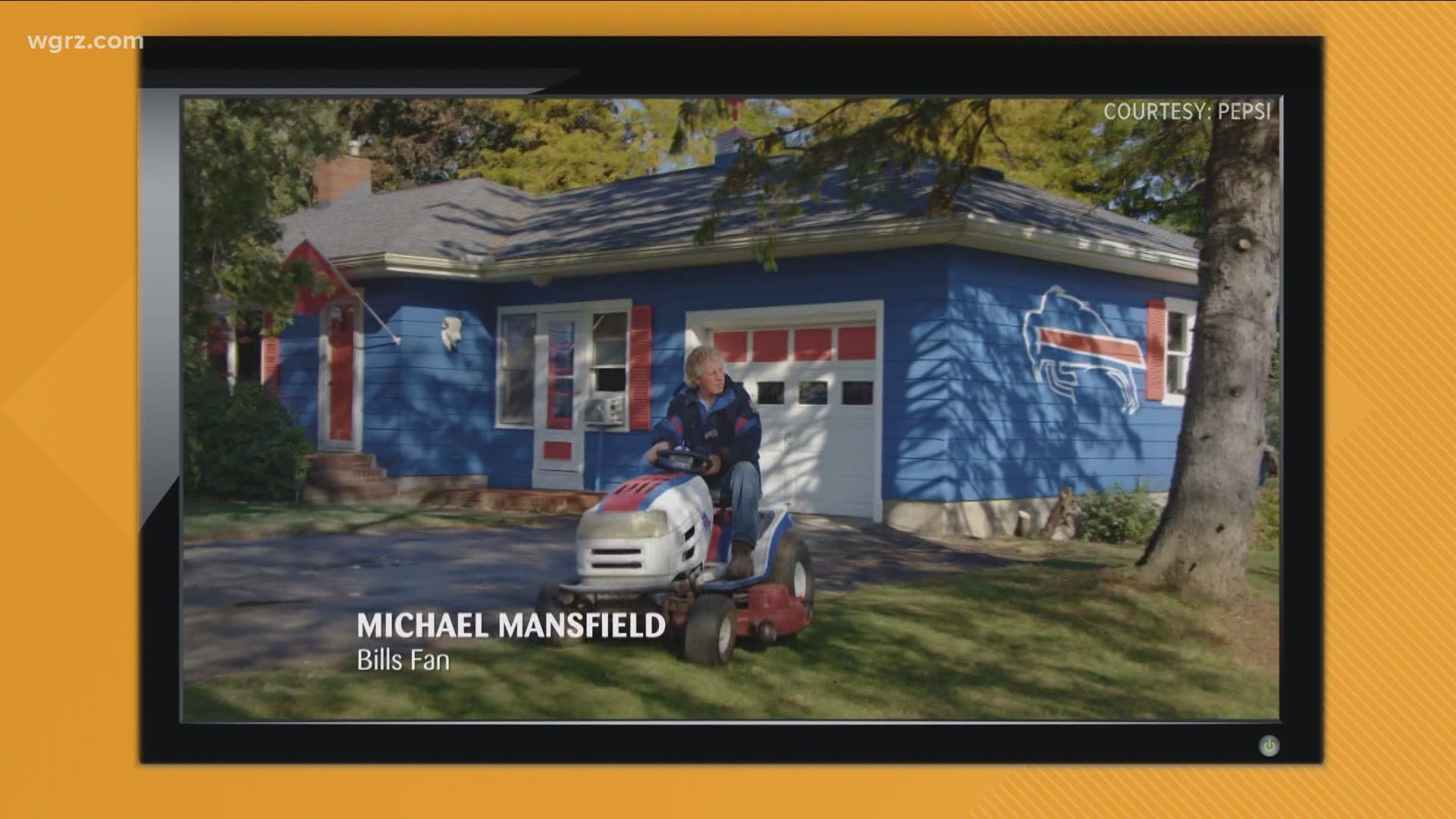