Dr. Peggy Brooks-Bertram collected more than 120 letters from women all over the world, and hopes it reaches the hands of Vice President Kamala Harris. 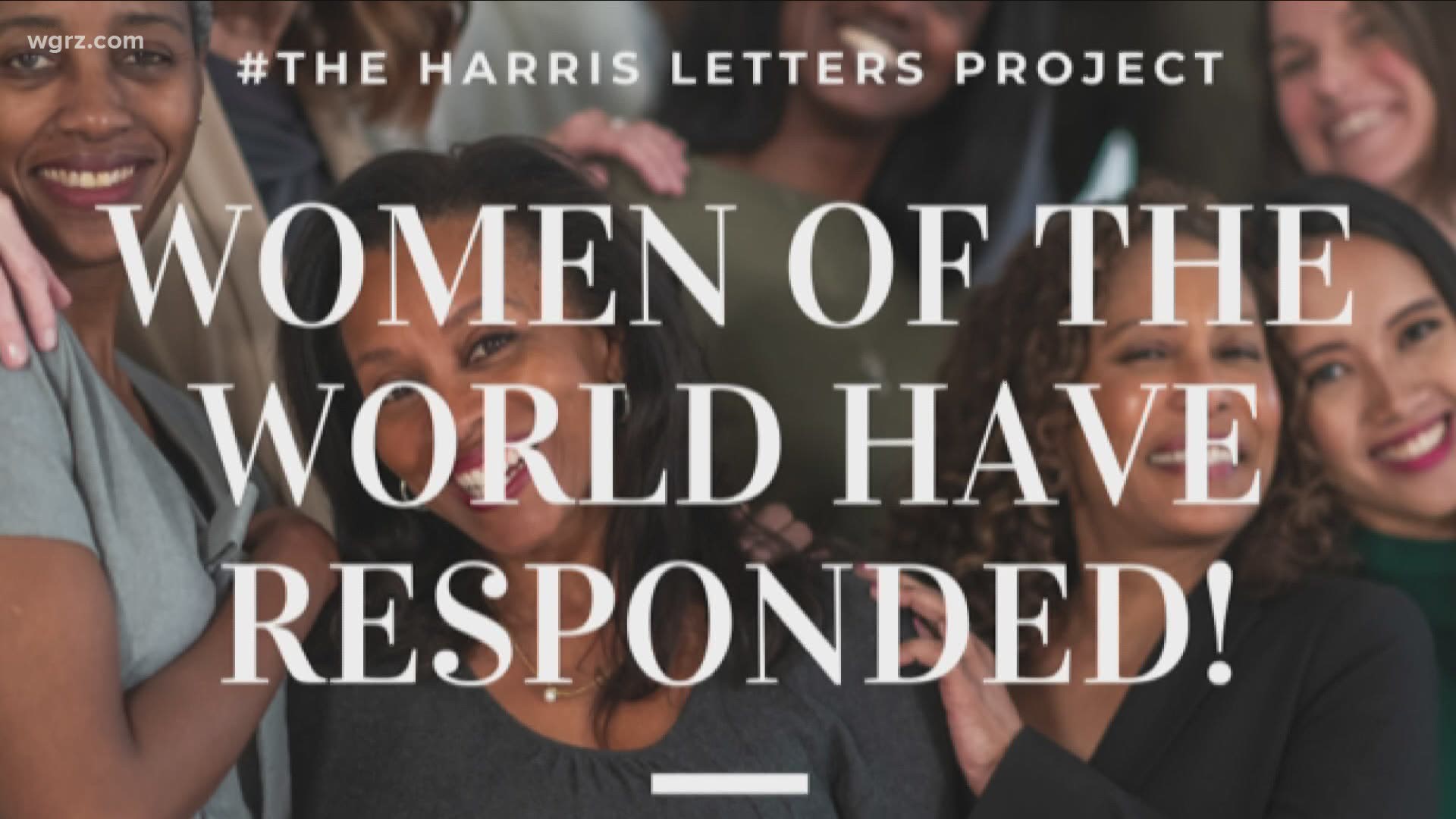 BUFFALO, N.Y. — A local author is working to get her new book in the hands of Vice President Kamala Harris.

Dr. Peggy Brooks-Bertram collected letters from women all over the world, and compiled them into "Dear Kamala: Women Write to the New Vice President."

Tuesday evening, the author held a virtual launch party for the book.

Women of all ages wrote in from places as far as Africa, Jamaica, the Philippines, and Europe. The writer says she’s still getting letters, even though the deadline has since passed.

Brooks-Bertram also says she was surprised with the range of topics, and impressed that so many young women wanted to ask Vice President Harris about policy. Others wanted to celebrate her success.

“Older women, for example, were very much interested in saying ‘we never thought we would see this during our time,'" Brooks-Bertram said. “I was struck with the way in which they addressed her… I was like here we are talking to the vice president of the United States, the largest job on the planet… but these women, especially black women, were really comfortable in saying ‘ sister, girl, look what you did.”

Brooks-Betram spoke with 2 On Your Side before the launch party, and said she was working with Congressman Brian Higgins’ office to see if Vice President Harris would read the book… something she really hopes will happen.

“It is an incredible journey [but] it's not easy. You just don't send a book to the White House and say, ‘hey here it is… open this up and read it,” she explained.

There is also an ebook available to read, which includes photographs of many of the women who wrote the letters.

Brooks- Bertram says the contributors were excited, and many dressed in traditional clothing to celebrate their letters being published in her book.

You can purchase the book or ebook here.