Both cubs began nursing right away and zoo officials say the cubs are showing signs of good health. 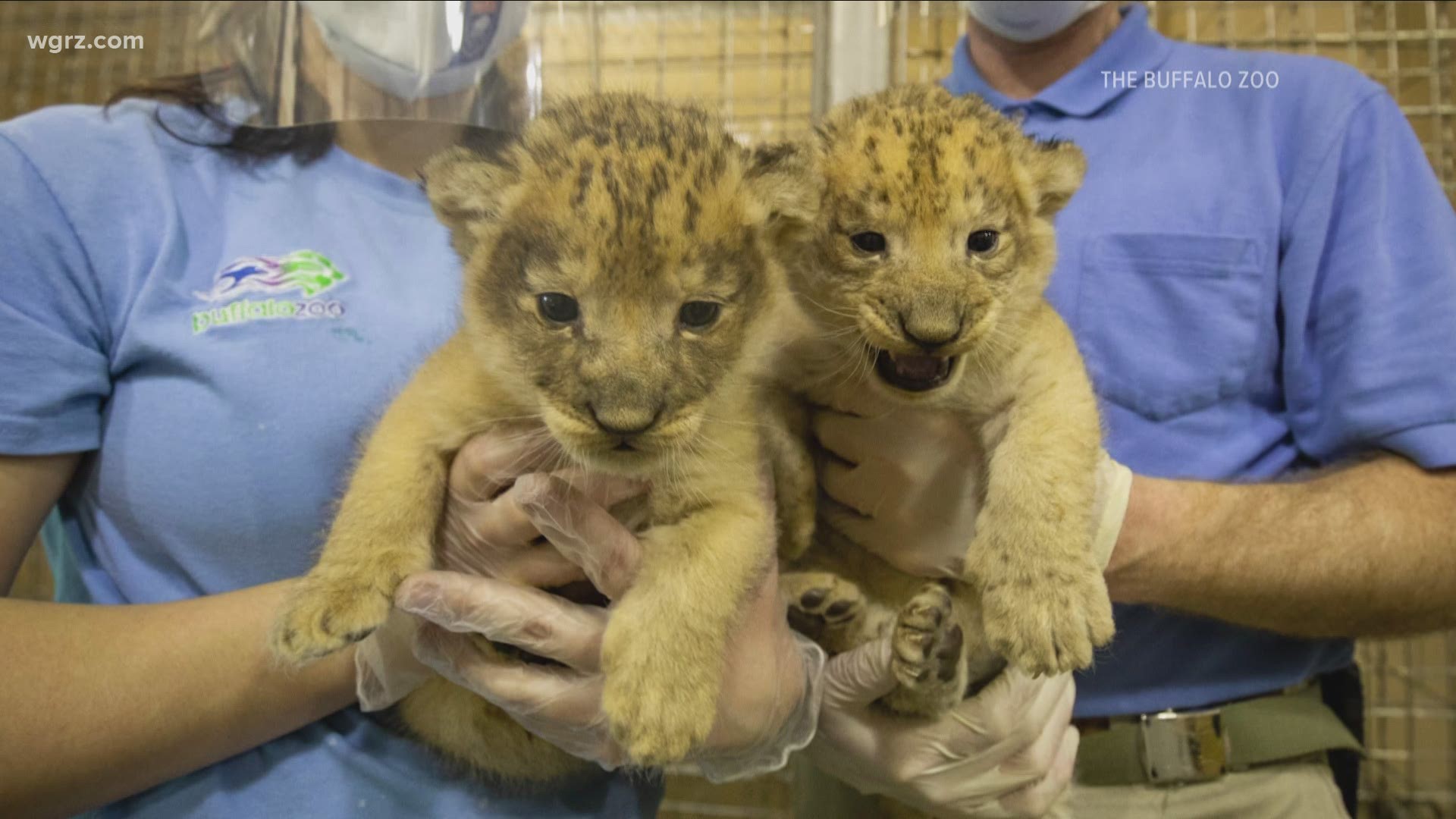 BUFFALO, N.Y. — There are two new additions at the Buffalo Zoo!

The zoo announced Friday the birth of two lion cubs!

The cubs were born healthy to mother Lusaka and father Tiberius on March 7, 2021. It also happens to be the same birthday as Tiberius, who just celebrated his eighth birthday.

“We are thrilled to welcome these cubs to the Buffalo Zoo family,” said Lisa Smith, General Curator at the Buffalo Zoo. “It’s never a guarantee that newborn animals will survive, but Lusaka is an experienced mom, and she has been doing everything right. Both cubs look healthy and are growing fast.”

Cub number one was born at 9:52 a.m., while cub number two came a few hours later at 2:47 p.m. Both cubs began nursing right away and zoo officials say the cubs are showing signs of good health.

Lusaka and Tiberius were paired based on a breeding recommendation from The Association of Zoos, and Aquariums, Species Survival Plan, according to a press release sent out by the Buffalo Zoo.

This is Lusaka and Tiberius' second litter. In 2016, Lusaka gave birth to three cubs, Asha, Amirah, and Roary.

The cubs' genders and names have not been revealed yet. Stay tuned to the Buffalo Zoo's social media pages for updates and announcements when you get see the cubs in person.

At the Buffalo Zoo, we’re thrilled times two! On March 7, lion Lusaka gave birth to two healthy cubs. The cub’s arrival day is extra special as they were born on their dad Tiberius’s eighth birthday. pic.twitter.com/UwLDeEH2Xy

Right now, the babies are behind-the-scenes bonding and nursing with mom. This week our veterinary team got their first look at the cubs, and they are healthy, growing, and currently weigh seven pounds each. pic.twitter.com/SElTkOdWsO