The parade ended with a Pride festival and live performances celebrating members of the LGBTQ community. 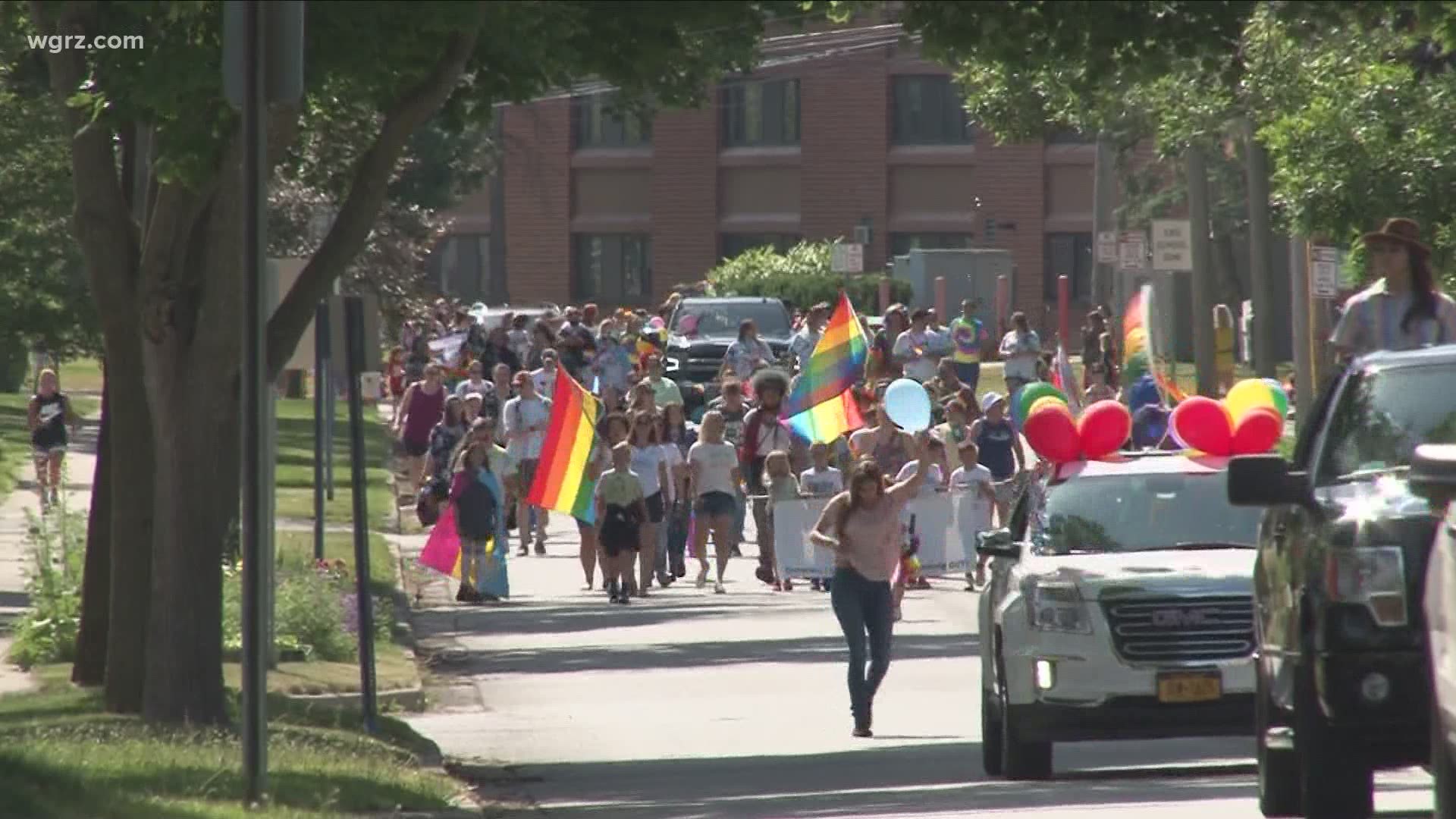 The event kicked a weekend of celebration. The parade ended with a Pride festival and live performances by local artists celebrating members of the LGBTQ community.

Mrs. Kasha Davis from "RuPaul's Drag Race" was also in attendance, and there is more to come Sunday in Batavia.

There was a Pride flag-raising ceremony at 10:45 a.m. before the event began.