Members of the Seneca Nation LGBTQ2S community rally to be recognized

Organizers say they had been trying to convince the Seneca Nation Counsel to fly their Pride flag for nearly 2 years. It was raised a day after the rally was held. 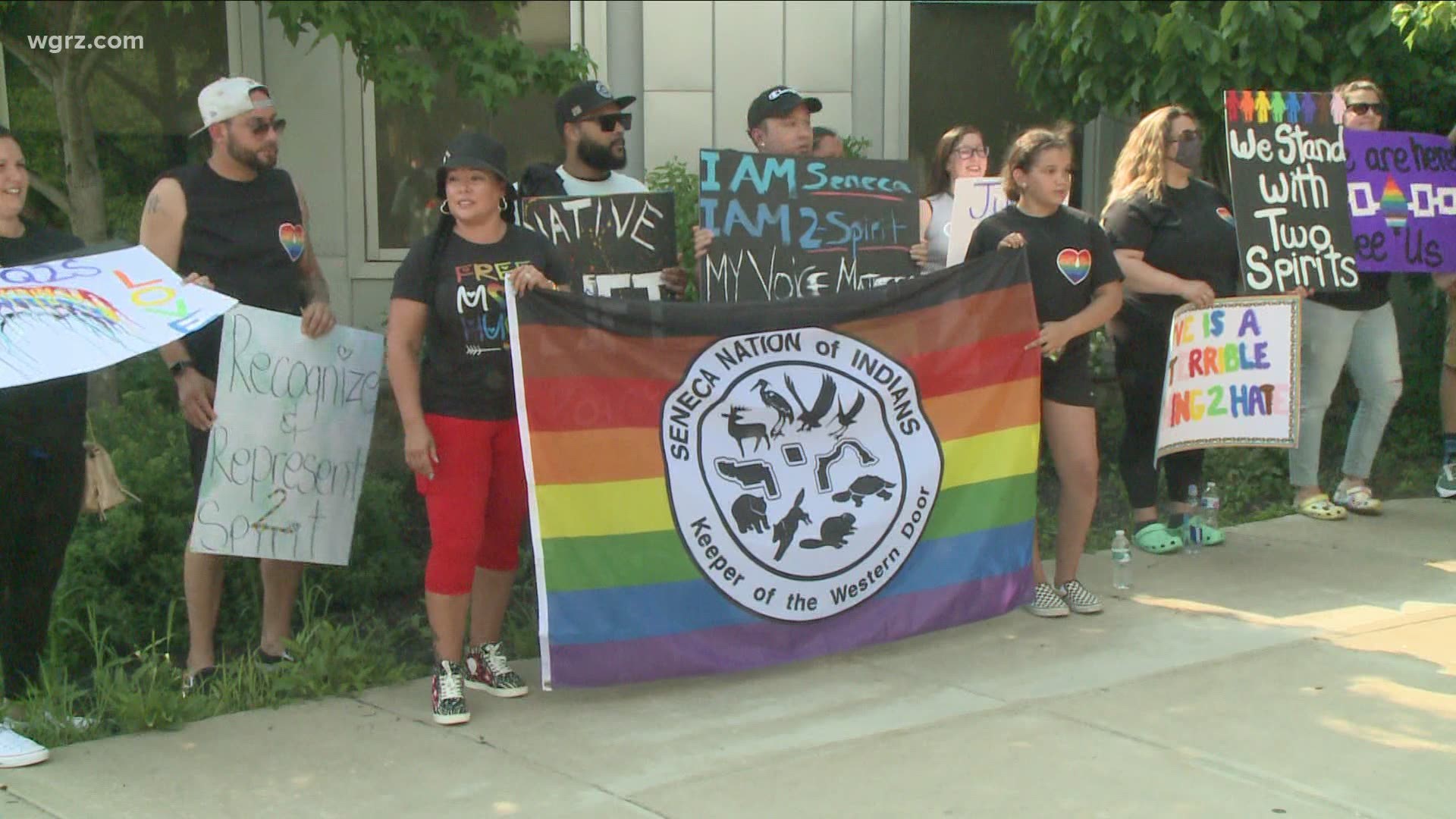 IRVING, N.Y. — UPDATE: Organizers of the June 9 rally told 2 On Your Side that on June 10, Seneca Nation of Indians Tribal leaders met for an emergency hearing to discuss calls for recognition and acceptance. Around 2 p.m. June 11, the LGBTQ2S flag was raised at the William Seneca Building for the first time.

This story originally ran on June 9:

Members of the Seneca Nation's LGBTQ2S community are rallying to be formally recognized by their Nation.

For context, the "2S" stands for the Indigenous Two-Spirit community. According to the Indian Health Service, "Traditionally, Native American Two-Spirit people were male, female, and sometimes intersexed individuals who combined activities of both men and women with traits unique to their status as two-spirit people. In most tribes, they were considered neither men nor women; they occupied a distinct, alternative gender status."

You can read more about Two-Spirit individuals here.

Organizers of a rally on June 9 say they are trying to convince the Seneca Nation Counsel to recognize and accept LGBTQ2S people, as well as recognize June as Pride Month.

Maybee is calling for a resolution for the Counsel to formally recognize the community:

Rory Wheeler, an elected official for the Seneca Nation, is also pushing for this resolution.

"Growing up, my uncle Rod was one of the first openly gay people here on the territory and was subjected to so much harassment, degradation and discrimination throughout his life, but always instilled in me the value of doing what is right, even though it's not popular. So that's I'm very proud to stand here today, and hope that the sonic nation moves forward in the 21st century, and ensuring that this is a safe, inclusive place for everyone," Wheeler said.

"There is a strong vibrant LGBT community here in the Seneca Nation of Indians, but also to ensure that this is a safe place for anyone who comes to visit our lands or even resides  here, that they are met with inclusivity that they're met with openness."

The resolution also would mean the LGBTQ2S Pride Flag would be raised on Seneca Nation territory.