To mark the anniversary, Gov. Andrew Cuomo on Thursday signed into law the Gender Recognition Act, which creates a non-binary 'X' option for driver's licenses. 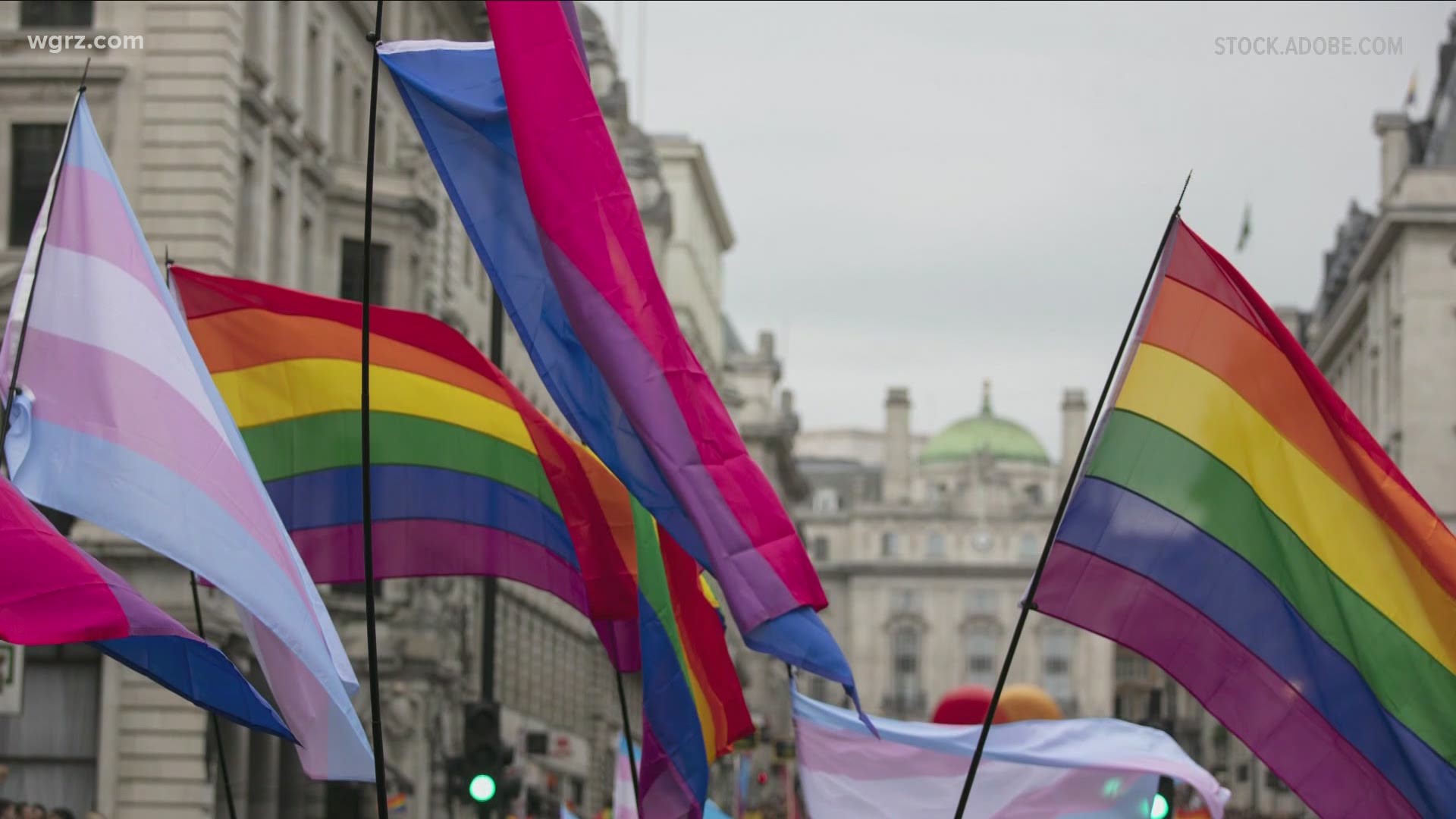 BUFFALO, N.Y. — It's been 10 years since the Marriage Equality Act became law in New York State.

Looking back, New York Assemblymember Harry Bronson calls the passage of Marriage Equality one of the most important votes of his tenure.

"As a gay man, being able to marry the person I love is tremendously important," said Bronson, who represents Assembly District 138.

Bronson added, "Once we passed in June 2011, New York State's recognition, the work continued so that we could get it through the rest of the country."

During Pride Month this year, Bronson was able to announce his own engagement on the Assembly floor.

For years I've fought for our community so we may love and marry who we choose. I was overjoyed to announce my engagement to John White, the love of my life, on the Assembly floor this week. This makes #pride that much more of a celebration 🏳️‍🌈

Advocates locally believe marriage equality allows us as a society to recognize the dignity of the individual and the love of the couple.

"You often hear about 'special rights,' but really being able to marry the person you love is not a special right. It's just simply an equal right," said Robert DiGangi-Roush, the executive director of GLYS WNY.

DiGangi-Roush understands this through many lenses. He told 2 On Your Side he married his long-term partner of 30 years in 2014. In 2018, he passed away from cancer.

Bryan Ball, the Stonewall Democrats of WNY President, also reflected on the anniversary of the Marriage Equality Act.

"The LGBTQ Civil Rights Movement is a very long and ongoing one, and the victory that we saw here in our own state in New York was really brought about from grassroots activists," Ball said.

While there has been progress since that milestone 10 years ago, advocates believe so much more still needs to be done.

"Those are real identities of real people who are living in New York and it's past time that the government step up and recognize those people as people," said Ball.

I just signed the landmark #GenderRecognitionAct into law.

"There is always a lag behind those legal anti-discriminatory pieces of legislation and laws with society and our community catching up," said Bronson. "So educating our communities and individuals about who we are and that we have dignity like everyone else and that they need to recognize that, that work had to continue and it continues today."

The people we spoke to said the advancements in New York are important, but more protections on the federal level are also necessary.

DiGangi-Roush told 2 On Your Side, "We're all here together, and we're strongest together when we have all of our interests represented."