While picketing with CWA workers, state Attorney General Letitia James sounded like a candidate for higher office, but she has yet to announce a run for governor. 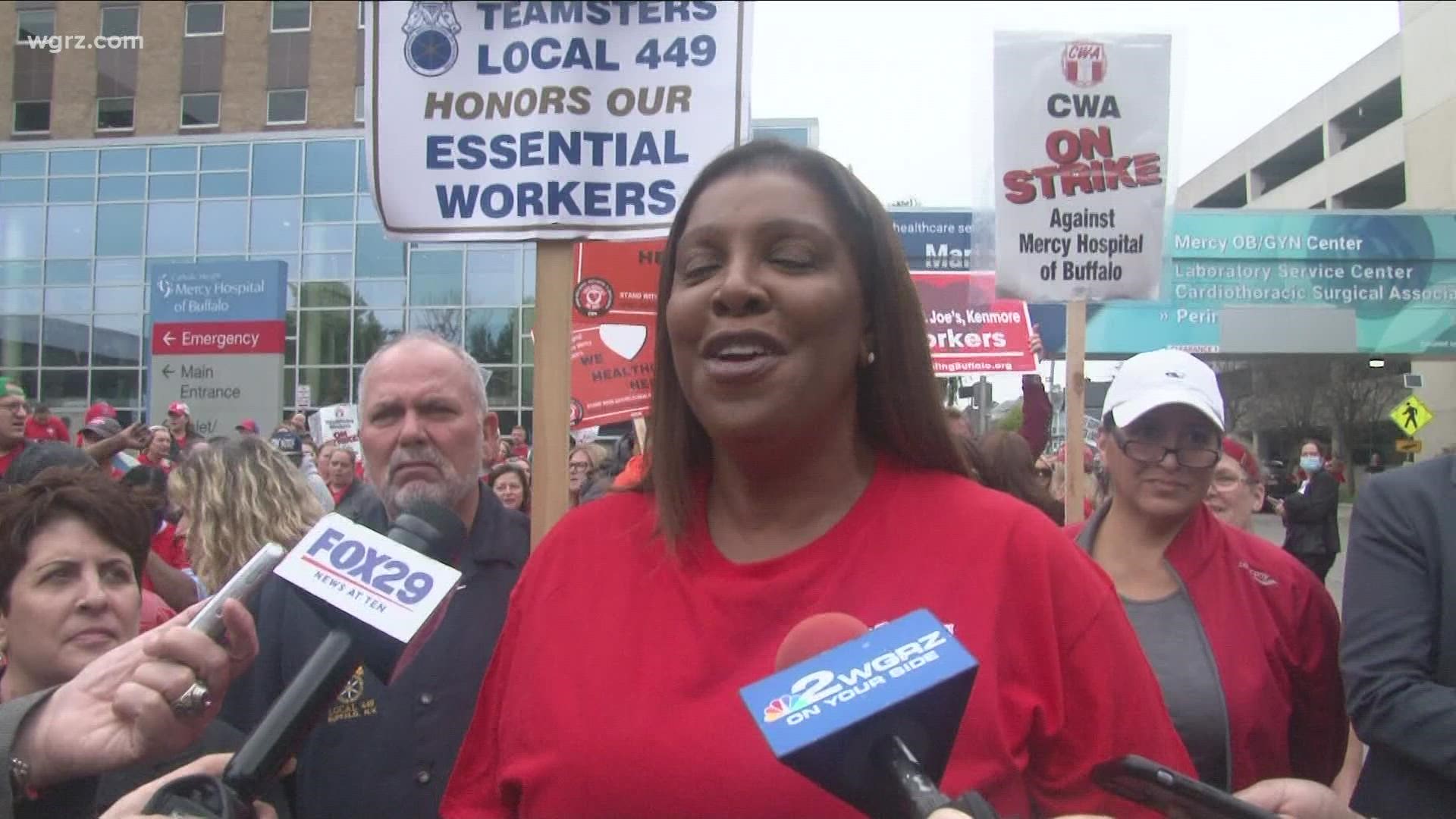 With two stops in Buffalo on Friday, we had questions for her about a possible run for higher office.

For weeks, the attorney general has been touring the state, announcing opioid settlement funds, from a lawsuit her office brought against drug companies.

And Friday, it was Western New York's turn.

The attorney general says Western New York will receive $75 million from that settlement fund. Erie County specifically will get $20 million, and Buffalo will receive $8 million for drug prevention and treatment.

2 On your Side asked James, could she specify as to how those numbers were arrived at? Why those specific numbers for the jurisdictions?

"So it wasn't decided by my office solely. Of the 62 counties in the State of New York, 60 of the counties had attorneys, and the amounts were negotiated. They were negotiated by a number of factors, including the number of individuals who struggle with opioid addiction," James said.

Before the funds are received, however, a committee needs to be created, made up of appointees from the Governor's Office, the Legislature, Department of Health, and the Attorney General's office. The hope is that funds will be sent out by the end of the year.

Then it was off to Mercy Hospital, where James sounded like a candidate for higher office, delivering remarks that were pro-union.

Was she trying to build a coalition of support for a possible run for governor?

Is she running for governor?

"Sir, I'm with the workers today. Today it's really all about the workers. I came to Buffalo to deliver funds to individuals who are struggling with opioid addiction. We delivered millions of dollars," James said.

Earlier this week, the attorney general sent a cease-and-desist letter to Huffmaster, the company that is providing healthcare workers and security staff, during the strike against Catholic Health.

She says the company is not certified to work in the state, but lawyers for Catholic Health say the company is providing emergency services and doesn't need to be certified.

The attorney general says her office is in negotiations with Catholic Health on the cease and desist order.