This bill would impact pretty much everyone across New York who owns a firearm. 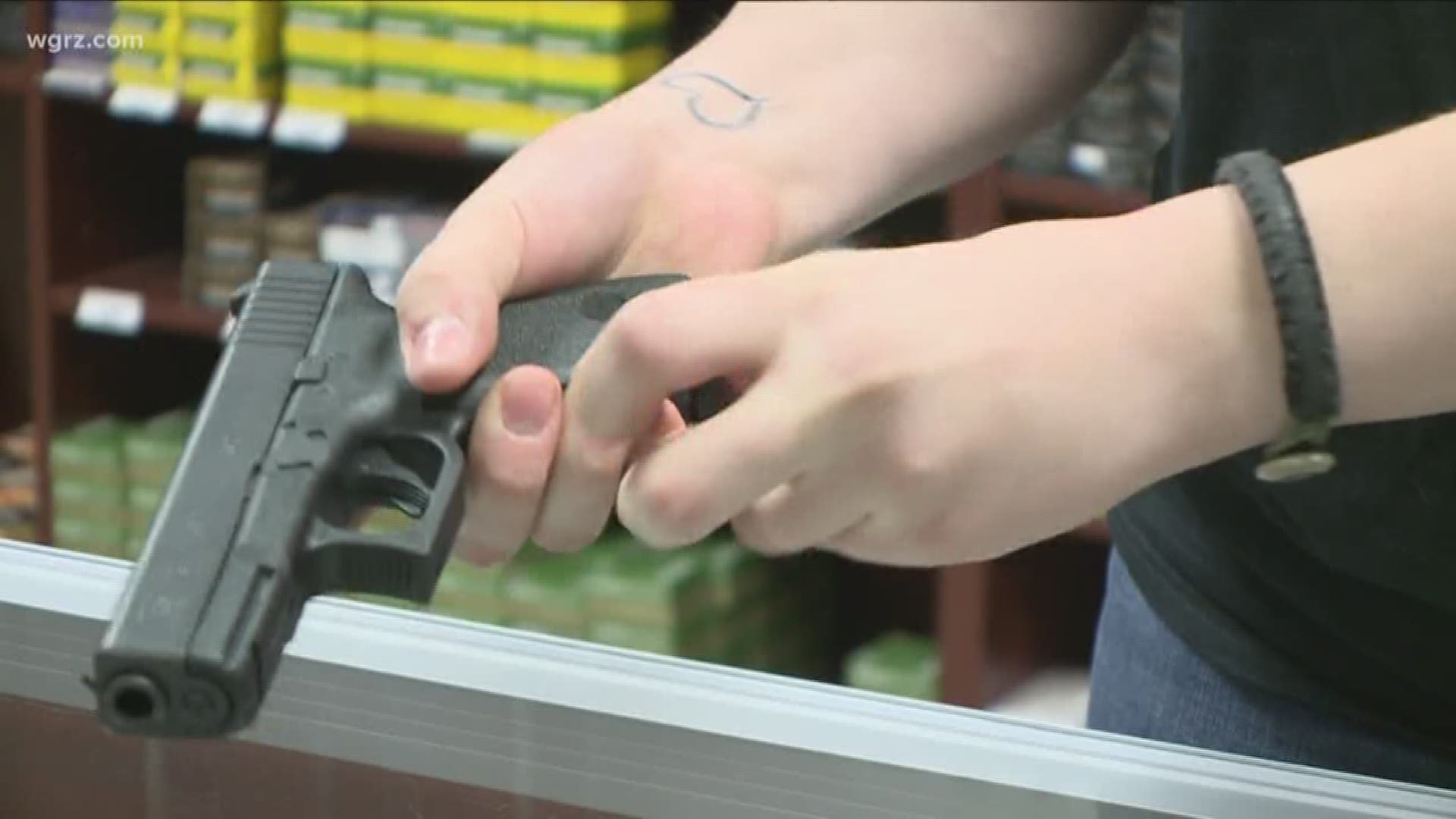 BUFFALO, N.Y. — Another gun control bill is going to Governor Andrew Cuomo's desk, and this one would impact pretty much everyone across the state who owns a firearm. It would change how people are required to store their guns inside their own homes.

The bill, passed by the State Senate and Assembly on Monday, requires gun owners with children under 16 living with them to safely store their guns when they aren't in their immediate possession. If children don't live in your home, but are visiting, you would also be required to safely store your firearm with a gun lock or in a locked container.

Supporters say it will protect children from getting hurt in accidental shootings and suicides involving unlocked guns.

Steve Felano is a Second Amendment rights advocate who thinks the courts will eventually overturn many of New York's gun laws.

"I think you're going to see all these things come under pretty heavy scrutiny in the final quarter of 2019 and going into 2020. I would predict that 2020 is going to be a very active year for New York State gun control litigation and overturn," Felano said. "Really, it's a feel-good piece of legislation with no real means of enforcement."

Many Republican Senators echoed those enforcement concerns on Monday.

"Would this require a warrant?" asked Rob Ortt.

"Usually they would require a warrant as the underlying basis for making the inspection in the home, yes," said the bill’s sponsor, Liz Krueger.

The bill's sponsor says other states already have similar laws.

"That's all this bill does. Try to protect children from accidentally getting a hold of a loaded weapon and using it unintentionally on themselves, their siblings, their own parents. Because that's what this bill is about. It doesn't take a gun away from anyone," Krueger said.

If a child under 16 lives with you and you violate the law, it's a Class A misdemeanor, which could mean up to a year in jail or three years of probation and up to a $1,000 fine.

If a child is just visiting your home, you could get a fine of up to $250 if your guns aren't safely stored.