Legalized pot in Canada having domino effect at U.S. border

Marijuana seizures have shot up from 40 in October of last year to more than 100 this past October -- a rise of 140%. 2 On Your Side is taking a closer look at the impacts this uptick is having on U.S. border agents. 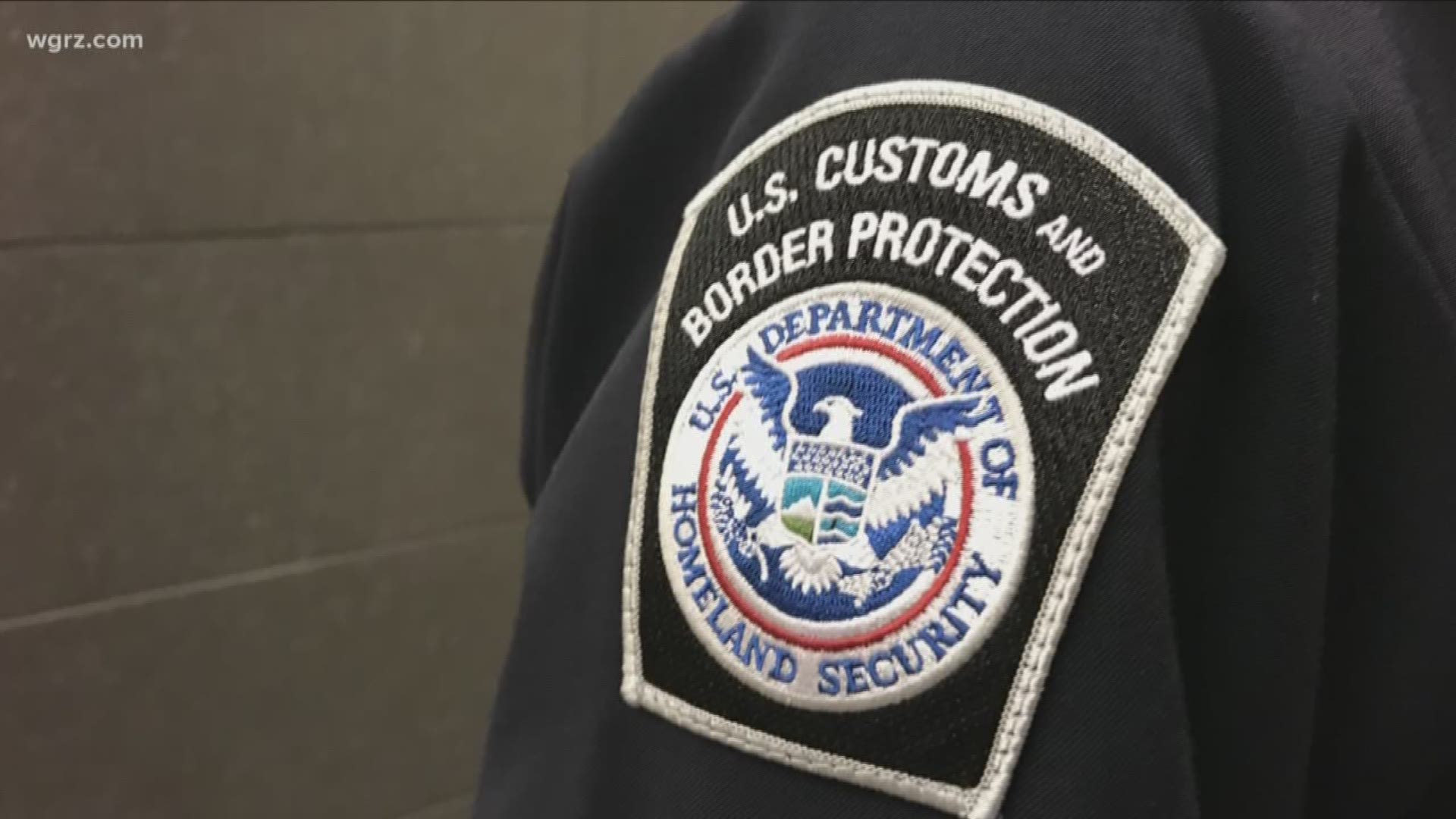 BUFFALO, NY - With a whopping 140 percent increase in marijuana seizures at New York state's border with Canada, 2 On Your Side is taking a closer look at the impacts this uptick is having on U.S. border agents -- not only that, but the process you could go through if you're caught at the border with marijuana or any other illegal drug.

2 On Your Side recently met with agents from U.S. Customs and Border Protection and within minutes of us getting to the Peace Bridge, border agents told us about another marijuana arrest that happened just a few hours earlier. Officers tell us a Canadian resident was arrested for attempting to cross the Peace Bridge on a bus with a bag, containing 37 grams of marijuana, stuffed in his underwear.

Agents say the man admitted to buying the marijuana from a dispensary in Toronto.

REPORTER: That's just an example of you guys find it everywhere.

"Exactly, it could be any traveler any time," said Aaron Bowker, chief CBP officer for U.S. Customs and Border Protection.

"Sure each seizure processing does take time," Bowker said, "it takes an officer time to process that some resources do go into that it's something that we did before, but like with any increase it takes a little bit more resources to do it, but with that staff we have on hand we're able to handle it."

REPORTER: Have there been any changes in terms of the interview process as someone is approaching the border?

"No there has not been any change at all," Bowker said, "officers have the same line of questioning they had before, but with the increase in activity with marijuana possession obviously the officers are able to pick up on a few extra red flags."

REPORTER: Are the agents maybe looking out for it maybe a little bit more or have greater awareness?

"Sure they're aware that it's definitely possible more people have the ability to possess it because of the ease of access sure," Bowker said.

Officer Michael Taylor, who supervises Customs agents knows his officers have to act fast when people are trying to cross the border. Typically interviews are about 30 seconds to a minute long.

"Thirty seconds is a relatively short time for an officer to make a decision whether they're going to release a vehicle or not that may or may not contain illegal narcotics so it is a challenge," Taylor said.

If there's any concern about you or what you're bringing, you could end up in a screening room or holding cell.

REPORTER: We're standing in this holding cell, this is serious stuff, people shouldn't play around with this stuff.

"Yeah sometimes people ask how long is the processing going to take I need to get back on a bus and go on my way or get back in my car and go away, we tell them, you brought drugs across the border where it's illegal so it's going to take some time on how things are going to be handled," Bowker said.

And if police think drugs are hidden in your car, rooms are on site that are used to take cars apart.

But, despite police raising awareness not to bring marijuana into the U.S., and road signs in Canada with the same message, marijuana seizures have shot up from 40 in October of last year to more than 100 this past October -- a rise of 140 percent.

REPORTER: Do you fear that for every person you catch or anyone who you detain or arrest that there's someone who's getting away with it?

"We are aware that there at least some people getting away with transporting illegal narcotics, we do our best job to determine and thwart those drugs coming into the country," Taylor said.

REPORTER: Is this the new normal?

"We hope the public gets the message not to bring this across, we're aware people are going to use it recreationally, leave it in Canada don't bring it back," Bowker said.

Not only is marijuana illegal at the border, but so is medical marijuana because officers at the border follow federal law, which has not legalized medical marijuana. Police say at a minimum, people will face a $500 dollar fine if they're caught bringing marijuana to the border, but depending on the amount of marijuana, and whether someone has a criminal record or not, could lead to federal or state charges. Customs officials say this is actually their slow time of the year -- their busy season is the summer -- so these marijuana seizure numbers could rise.