State budget officials say there’s nothing to a downstate assembly member’s suggestion of a last-minute payoff to the Buffalo Bills and their billionaire owners. 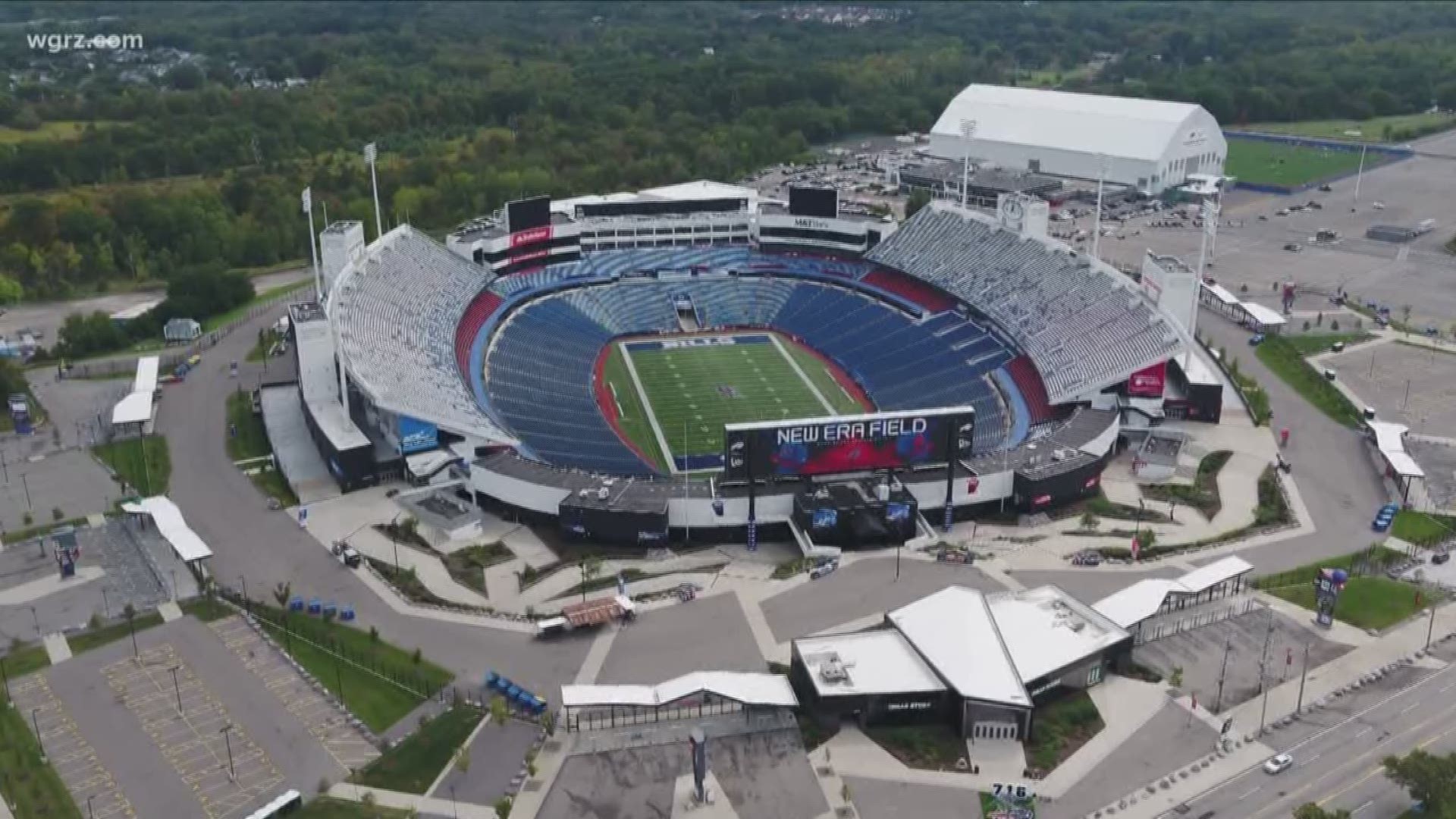 BUFFALO, N.Y. — The New York State Division of Budget says there is no truth to a suggestion by a downstate lawmaker that Governor Andrew Cuomo tried to "sneak" money into the state budget at the last minute to benefit Buffalo Bills owners Terry and Kim Pegula.

On Tuesday, Assemblyman Ron Kim (D-40th District) tweeted, “In this year's budget, Governor Cuomo snuck (sic) in $2.3 million in corporate giveaway to the Pegula family, who's worth $4 billion. Imagine if we cancelled $2.3 million of student debt instead? Imagine if we added $2.3 million more toward adult literacy classes?”

On his Twitter page Kim, who serves an assembly district in Queens, describes himself as a lawmaker dedicated to ending corporate giveaways and cancelling student debt.

On one hand, there is (on page 898) of an assembly appropriation’s bill for the state’s $16 billion capital budget, a line item that directs $2.3 million be spent for “services and expenses related to the retention of professional football in Western New York."

However, this is not a new arrangement and was made prior to the Pegulas purchasing the team.

According to the Cuomo administration it reflects a yearly contribution made by the state for stadium upkeep and improvements at New Era Field, the home of the Buffalo Bills, as part of Erie County’s current stadium lease with the team.

The county and the team also contribute to the fund, which according to a state legislative source, the state has paid into on an annual basis since at least 2014.

This year, the lion’s share of the money will be used to install new turf on the field.

When informed of what we were told, Assemblyman Kim tweeted back: "Yes, now I'm fully aware of the details & trying to seek more answers pertaining to contractual agreement on job standards/hiring, reporting of how the $ was spent, & any clawback clauses tied to performance. Simply put, any accountability for taxpayers' money?"

The latest stadium stirrings in Buffalo