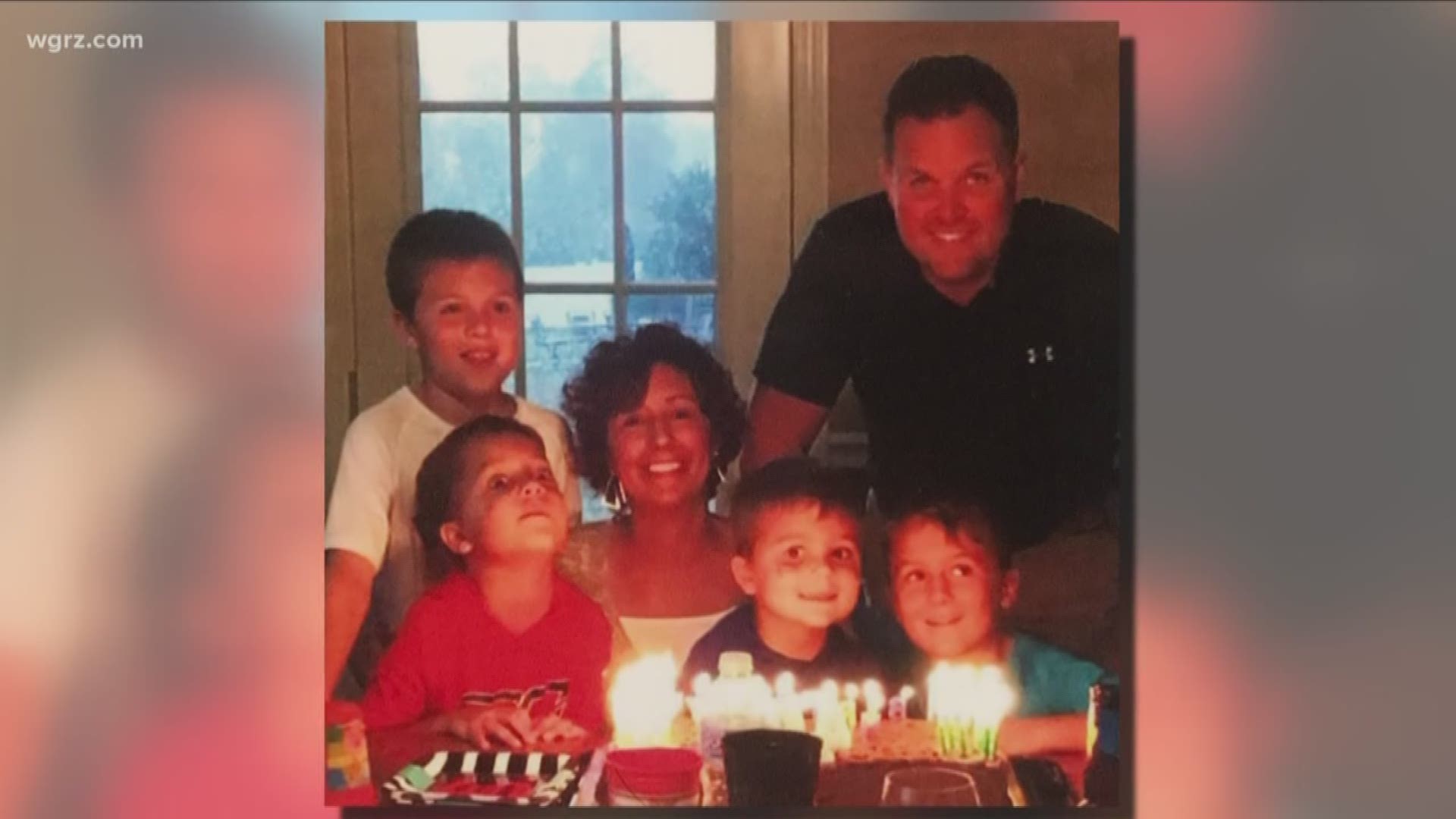 GRAND ISLAND, N.Y. — We are celebrating a very special moment for the family of a local woman. A couple of weeks ago, we told you about Julie Roth Neville, the mother of four who recently lost her battle with breast cancer. She graduated from Grand Island High School and is being remembered for her star power on the basketball court.

Roth Neville had a stellar athletic career. She was the first thousand-point scorer at Grand Island, still holds the record in tennis with 85 wins, and was an all-Western New York short-stop in softball. She went on to play tennis in college and came back to Grand Island to teach and coach J.V. basketball.

"She really helped us all gain self-confidence. Self-confidence, believe in yourself, and that was that she was all about. Just play for the love of the game, but also make sure when you step out on that floor that you're giving everything that you possibly can," says Wegzryn.

"She was my best friend. My wife's best friend. They probably text and talked every day. They live down the street. So, she'll be remembered as a wonderful mom,” says Roth. “And I went through maybe a thousand pictures of her over the last month and I only found one that she wasn't smiling in."

Friday, the school retired Roth Neville’s jersey and held a fundraiser for her boys' education fund.

"If they don't know her, they just want to do something nice and I think isn't that sort of like what Buffalo's all about and WNY," says Julie’s dad.

“Why did she pick number 24? Is there special meaning?" asked 2 On Your Side’s Kelly Dudzik.

"Yes, there is. I'm glad you asked. There is a special meaning. I wore number 24 in high school and college. I was born on December 24. Julie was born July 24. And, of course, my son, Jeff, in between he wore number 24 all through high school, so it's just been kind of a family tradition," says Roth.

Friday night, the Ken-Ton athletic program presented Roth Neville’s family with a check from a fundraiser they did two weeks ago.