Carmelo Lopez-Febus, a former pastor at the Salvation Army Church in Buffalo, was recognized for his service during a time when regiments were still segregated. 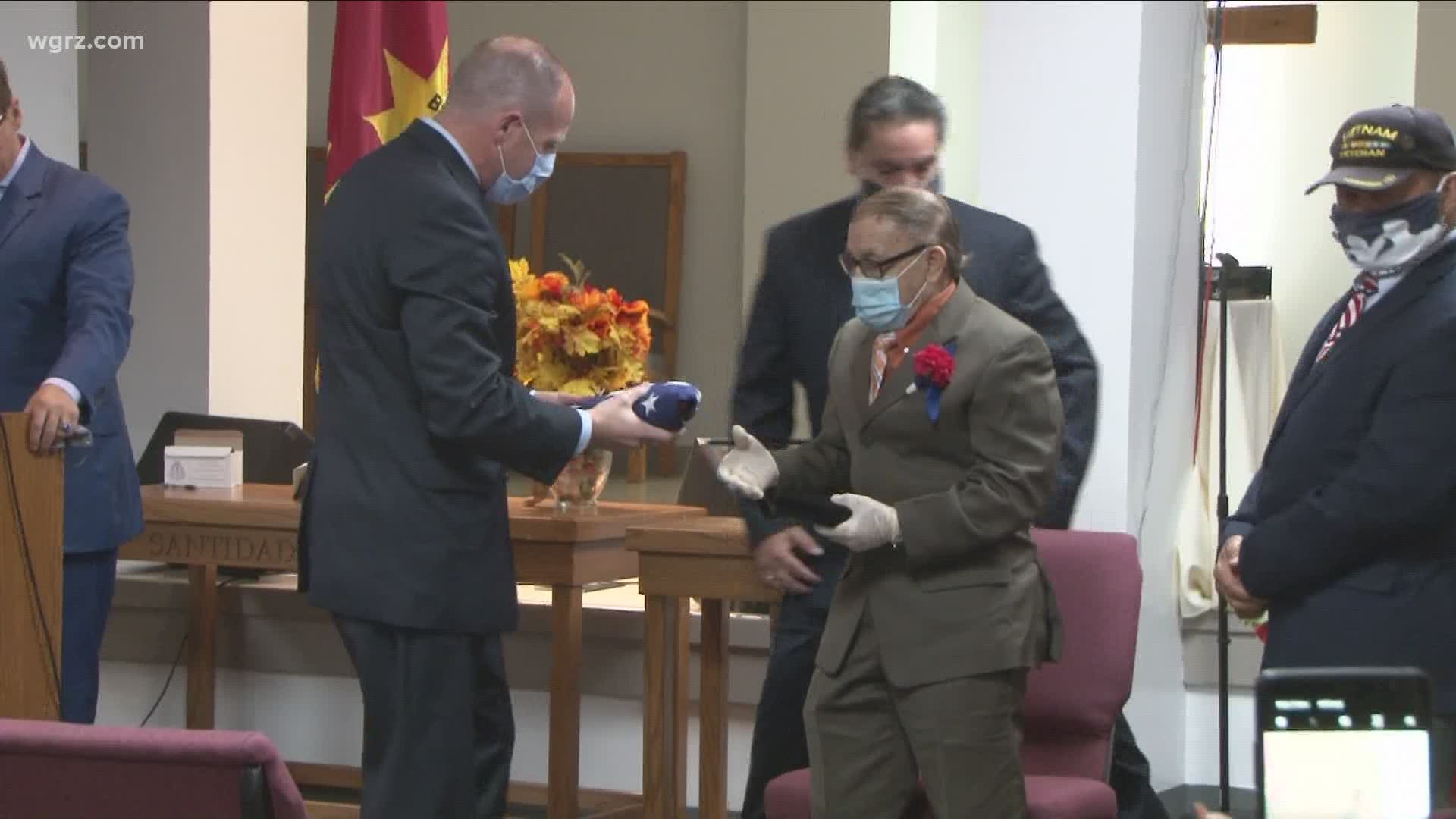 BUFFALO, N.Y. — Sunday was a special day for a pioneer who paved the way for many local veterans.

Carmelo Lopez-Febus served as part of the 65th Infantry Regiment, a segregated unit known as “The Borinqueneers,” during the Korean War.

Lopez-Febus was awarded the Congressional Gold Medal for his service in the 65th Infantry Regiment on Sunday. He was presented the award by Congressman Bryan Higgins at the Salvation Army Church in Buffalo, where Lopez-Febus used to be a pastor.

The regiment he served in was created shortly after Puerto Rico became part of the United States, but the unit didn't fully desegregate after President Truman made an executive order in 1948.

Lopez-Febus and others were still impacted by this segregation during the Korean War.

Private First Class Lopez-Febus was born in San Juan, Puerto Rico, in 1928. As a young man, he moved to New York City and worked in a cafe before enlisting in the Army.

The Gold Medal is the highest civilian award given by congress.

"According to the United States Census, there are approximately 1.2 million living Hispanic veterans and 200,000 Hispanic active duty military serving in the armed forces," Higgins said at the event, which was held during Hispanic Heritage Month.

Added Senator Tim Kennedy: "As Western New York continues to celebrate Hispanic Heritage Month, we extend our deepest congratulations and gratitude to Private First Class Carmelo Lopez-Febus as he receives the Congressional Gold Medal today. He has served his country and community with utmost integrity and honor, and this impressive recognition is well-deserved."

Congratulations to Private First Class Carmelo Lopez-Febus on being bestowed the Congressional Gold Medal by @RepBrianHiggins today. He served with honor in the 65th Infantry Regiment, known as “The Borinqueneers,” during the Korean War, and this recognition is well-deserved. pic.twitter.com/UgVwSq0yyV