She took the police exam on a bet. Kim Beaty learned to love being a police officer and she rose through the ranks. 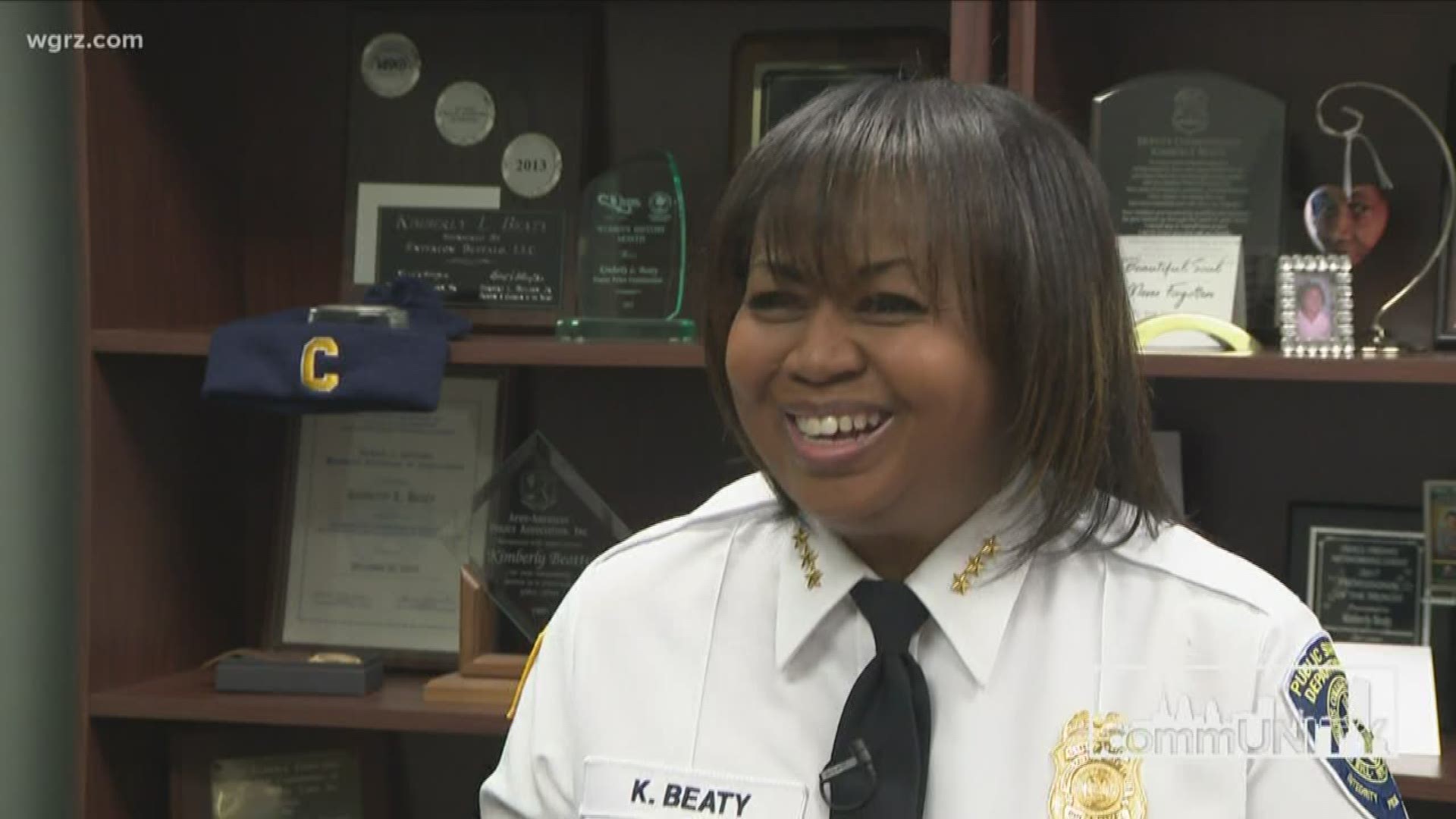 BUFFALO, N.Y. — The top cop on the Canisius College campus is a woman who once served as the Deputy Commissioner of the Buffalo Police Department.

Kim Beaty will tell you she is where she wants to be in life and in her career.

Beaty is the Canisius College Director of Public Safety. When she walks on campus, students stop to say hello. In fact, some students tell her that she is appreciated.

The Buffalo native grew up on the east side. She graduated from Hutch Tech and Canisius College.

When asked how she ended up in law enforcement, she tells the story of a bet with her brother.

"I did better than the person that I bet against, who was my brother, and I got the job," she said. "And I thought I will do this for a little while, maybe three years, be a Buffalo Police Officer. Then I realized it was a job that I learned to love."

She loved it for the people she was serving.

"I love helping people, and sometimes people think everybody says that, but I genuinely love serving the community," she said.

She is not shying about explaining it was tough in the beginning being a female officer.

"It was tough. You had to prove you could take care of yourself out on the street. At times you might be alone," Beaty said.

"A challenge would be people thought maybe I was naive, and I didn't know how criminals really responded to things. Sometimes criminals would respond to me differently than they did to male officers, so we have to be more authoritative and and assert ourselves in certain situations."

After joining the force in the late 1980s she eventually rose to the top.

"I went from a patrol officer, to a training officer, to back to patrol, then l became lieutenant, and then I became a chief. And I did that for about two-and-a-half years, and I was appointed deputy police commissioner."

Beaty has been married 27 years to a police officer. She's also a mother.

"Not everyone was happy about that, and I am just going to be honest, but it was time for me to move on with my life and do some things that would make me a little happier," she said, "like spend some time with my family, spend time at Canisius, my home. They helped mold me into who I am today.

The Girl Boss has received numerous awards for her work. Now she's basking in the position on campus.

"I love my job. I love being on this campus with the students, faculty and staff. They have all been wonderful to me," Beaty said.