Penn Dixie — a global geological treasure — is ranked as the #1 fossil park in the U.S. in a 2011 scientific study. 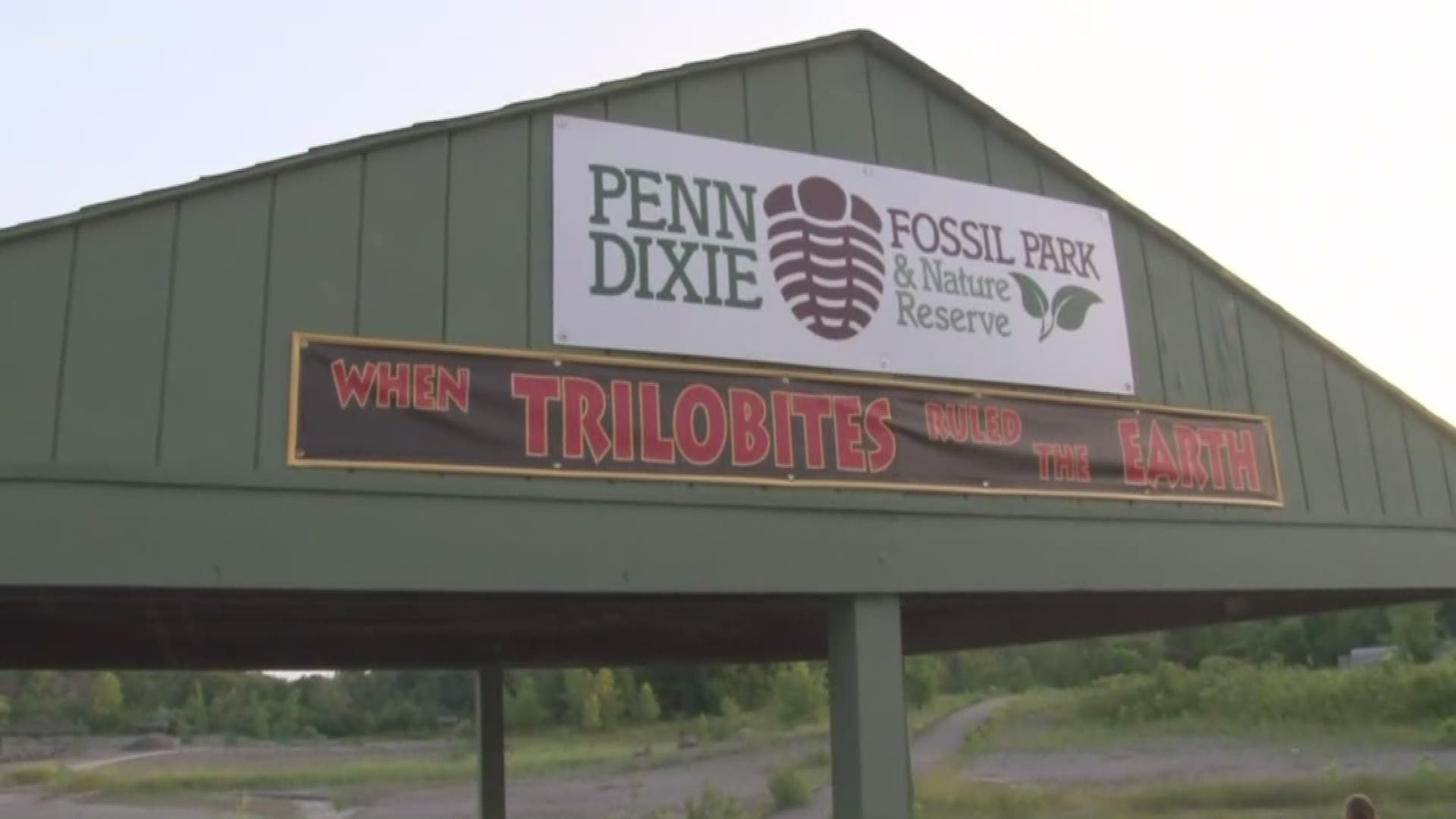 At the site of a former cement quarry in Hamburg, NY, our visitors can collect and keep Devonian Period fossils including trilobites.

Penn Dixie began in 1993 under the care of the HNHS to promote the study of the natural sciences in western New York. The centerpiece of Penn Dixie is a fossil quarry — ranked #1 in the U.S. in a scientific study — which is a global geological treasure that attracts thousands of visitors from across the world every year.

Visitors to Penn Dixie are encouraged to collect — and keep — fossils from a shallow ocean environment that existed 380 million years ago. Penn Dixie features nature trails, a wetlands area, and educational programming in ecology, astronomy, geology, and ornithology.

Admission tickets can be purchased at the site check-in station. They accept cash and all credit cards. Adults are $9; children 3-12, $7. Children aged 2 and under are free. There is no charge for parking.

Generally, weekends are busier than weekdays. Since Penn Dixie has 54 acres — and a very large fossil quarry — it almost never feels crowded, even when they host big groups.

Daily site traffic peaks around lunch time, though they occasionally have people waiting to enter before they open and folks who wish to stay until we close at 5 pm.

Since there is little shade in the quarry, they recommend bringing sunscreen, a shade hat, and water.

Their nature trails have excellent canopy coverage if you need a break from the heat. And, they have several shelters that are perfect for a quick rest.

Since Penn Dixie has millions of Devonian marine fossils, everyone is guaranteed to find something.