Once again the 33 and the 198 expressways are the targets of various groups and politicians who would like to see them modified or downsized in some way. 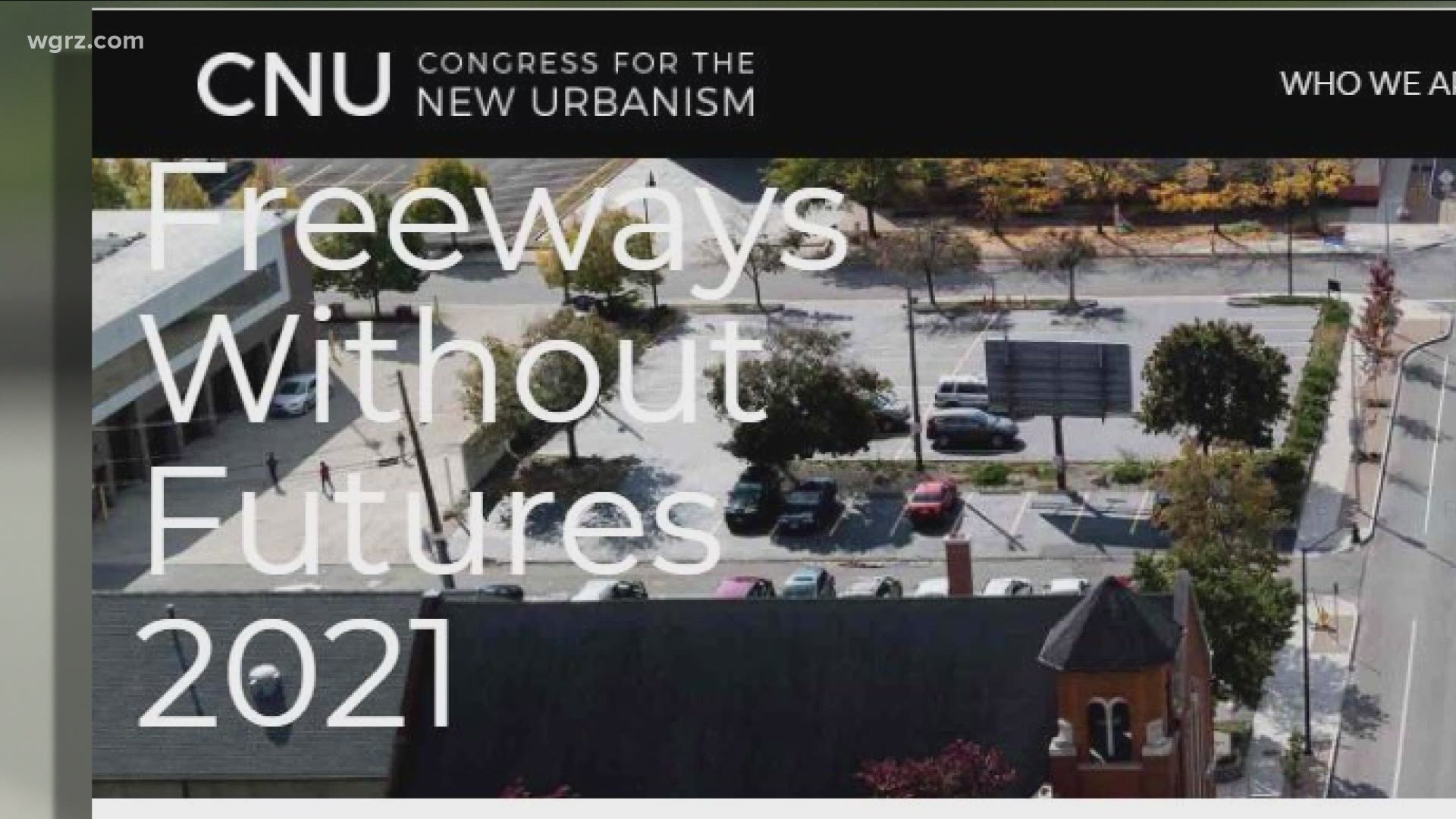 BUFFALO, N.Y. — Once again the 33 and the 198 expressways are the targets of various groups and politicians who would like to see them modified or downsized in some way.

And now just as Washington ponders a major infrastructure bill that could bring in billions of dollars for such work, a D.C.-based think tank is pushing the same agenda with suggestions tried elsewhere.

In the new Freeways Without Futures report the 33 and 198 expressways have a dubious distinction of being on that list of 15 worst city highways in the U.S. as determined by the Congress for New Urbanism.

Some of it is timing as the group's program director Ben Crowther says, "At the federal level a push a little bit for some dedicated funding to do something with them - that's something that's never existed and it's been a large barrier for why these roads still exist in their current condition."

Specifically they suggest downsizing the 198, with its already lowered speed limit, to a boulevard with intersections in line with other community plans to restore the Scajaquada Corridor.

And they speak of the Olmsted vision of Delaware Park and a central city park layout which they say was broken by the 33 expressway as it sliced through and disconnected the Hamlin Park neighborhood.

The previously advocated idea for the Kensington Expressway from the Restore Our Community Coalition was to restore the Humboldt Parkway and build a deck with a park over it like they have done with highways in Seattle's appropriately named Freeway Park or the newly planned Dallas Zoo park extension down in Texas or even Boston's Big Dig.

State money could now be there too with this reasoning from NYS Assembly Majority Leader Crystal Peoples Stokes of Buffalo who has the 33 running right through her East Side 141st District.

"MLK Park and Delaware Park were connected by a parkway - that's what we would like to see happen again," Peoples Stokes said.

She does acknowledge an issue with the plan.

"Stalling a little bit on this one is what do you do with the emissions that come from the deck or the tunnel expressway," Peoples Stokes said.

2 On Your Side asked Crowther who says, "We have the technology for that - that's been around for a while and it's not obtrusive or ugly."

And finally add this to a local discussion on priorities for any incoming federal highway project money in a letter to the US Transportation Secretary.

Peoples Stokes says, "The 33 is much more of an important transportation project than the Skyway is. We asked for his help in moving the 33 forward and we stated our opposition to resources being used to take down the Skyway."