Earlier this year the Erie County Clerk filed a federal court challenge to the New York State law, but a judge dismissed the case. 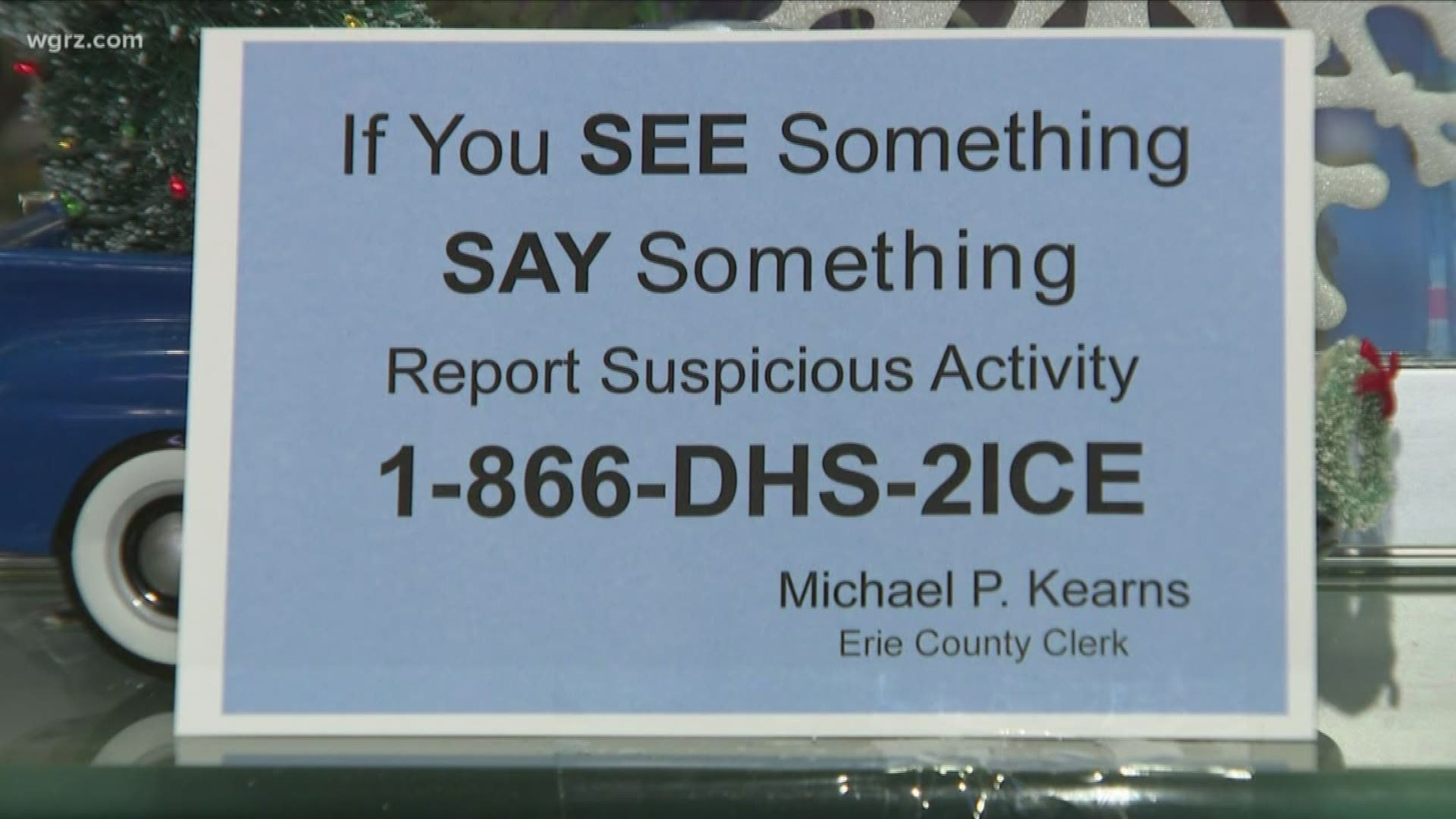 BUFFALO, N.Y. — It’s arguably the opposite of a welcome sign.

Erie County Clerk Michael “Mickey” Kearns plans to post signs in his auto bureaus that read: “If you see something, say something.”

The signs also include a toll-free tip line number for Immigration and Customs Enforcement.

He explains this was one of the ideas that came out of a gathering this week of county clerks from Central and Western New York.

The group is decidedly against the so-called Green Light New York Law, which allows people in the country illegally to apply for and get a New York State driver’s license.

The law goes into effect on December 14.

Earlier this year Kearns filed a federal court challenge to the state law, but a judge dismissed the case.