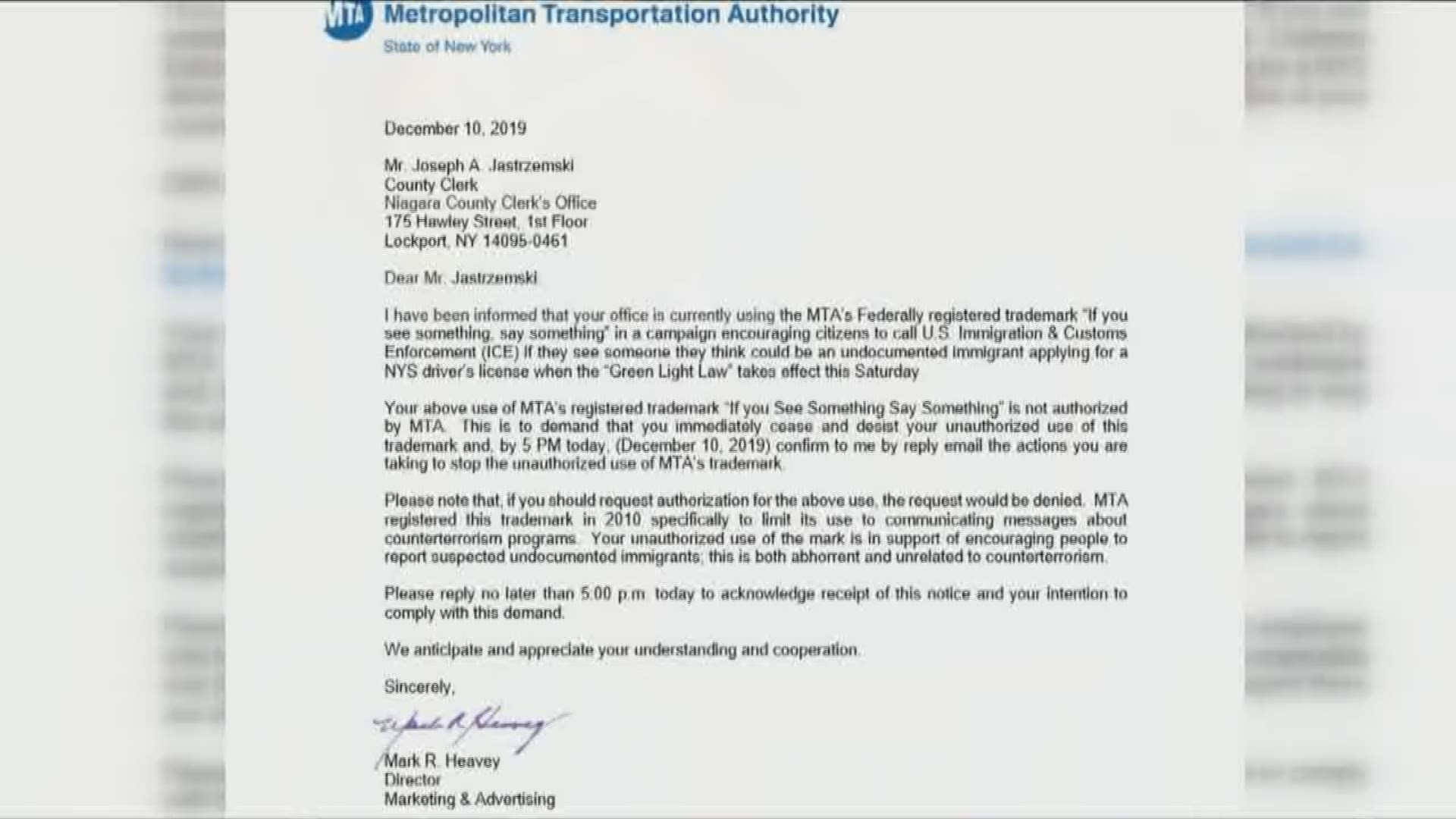 "If you see something, say something," was trademarked by MTA following the terror attacks on 9/11. The phrase is intended to be used regarding terroristic threats, and is occasionally allowed to be used by others for public safety reasons.

The MTA issued both Kearns and Jastrzemski letters demanding they both cease and desist unauthorized use of the phrase. Both letters can be seen below.

“The County Clerk’s claim is ridiculous. The MTA will not stand for the use of our trademarked slogan for politically motivated attacks or allow him to distract from the real issue: his abhorrent and illegal use of ‘if you see something, say something.’”