Kathy Hochul … and the horse she rode out on

Very few who attend the Erie County Fair leave empty handed, but New York’s lieutenant governor may have taken that to the extreme 17 years ago. 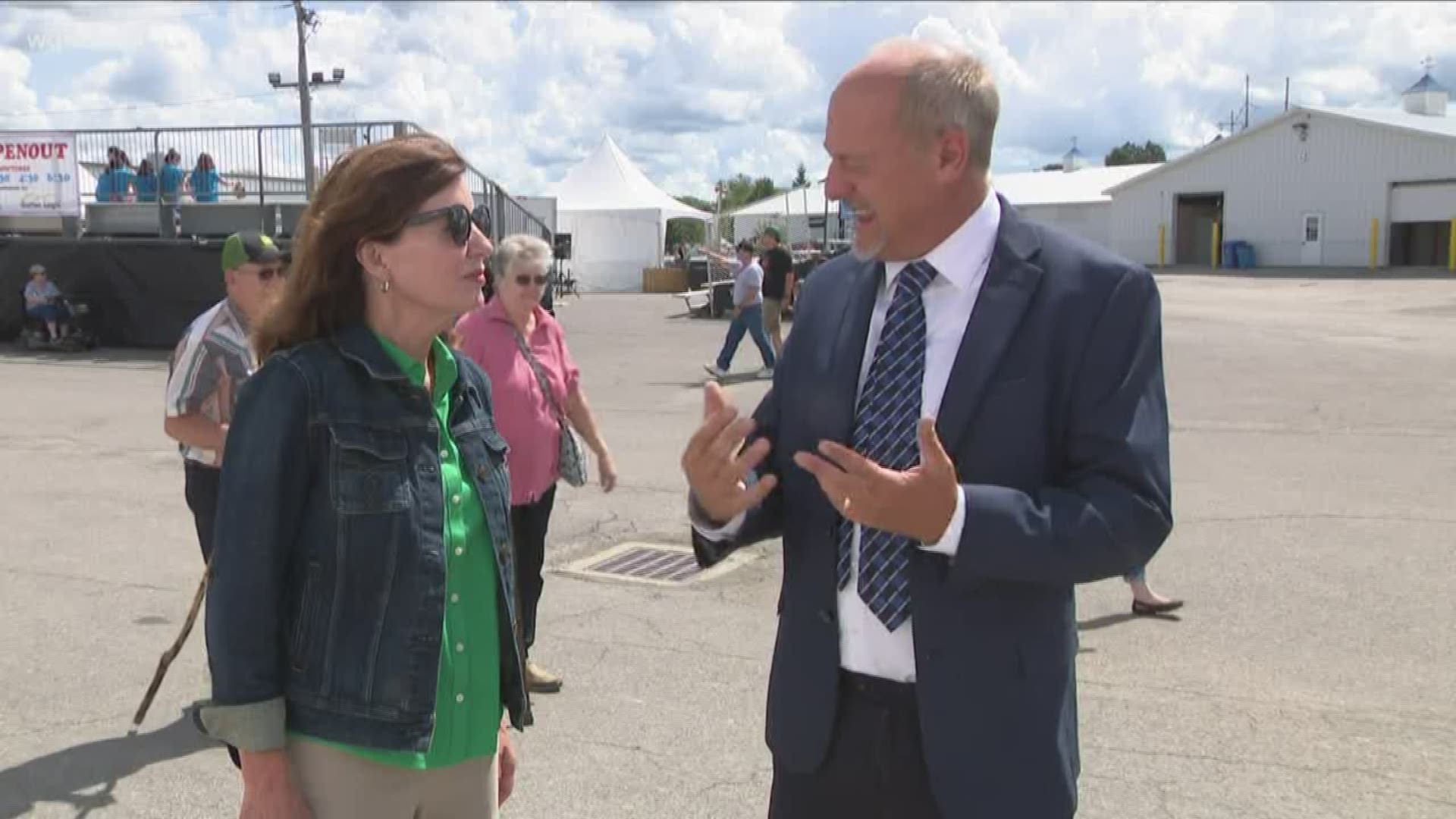 HAMBURG, N.Y. — If there’s one thing that can be said about the nearly 1 million people who visit the Erie County fair every year, it’s that very few of them leave empty handed.

Kathy Hochul is certainly no exception to that rule.

Hochul is a native of Hamburg where the fair is held, and she says she has been a regular attendee since she was little girl.

In the years since, she has risen to serve as the Erie County Clerk, a member of the United States House of Representatives, and currently as the lieutenant governor of the State of New York.

Yet, throughout all those years, and despite a very busy schedule, she always made an annual effort to return to Hamburg to attend the fair.

Hers most often involves a visit to the 4-H exhibit to speak with young people.

Hochul was herself was a “4H-er,” recalling “that’s where I got my first experience in public speaking, when I was a 10-year-old girl.”

Hochul also remarked that her annual trek to the fair is not complete without buying a sausage with peppers and onions.

However, 17 years ago, Hochul’s visit to the fair took a quite unexpected turn when she left with something she never intended to take home with her when she arrived.

“Yes, that’s true,” laughed Hochul. “When I came here that day I did not expect to do that, but I felt really sorry for this horse. It was a former race horse, and it didn't have much of a future. I'm not sure which factory it was heading off to, so we said we'll take it home.”

The horse named Max continues to astound her in one fashion.

“I didn’t know they could live so long, so he’s still part of our family … 30 years old and still kicking,” she said.

There was one other surprise in store for Hochul, which came just after she adopted Max. She discovered she actually had a slight allergy to horse hair.

“So I can't really ride him but, my daughter takes care of him," she said.