Hochul prepares to take over as governor, deal with the New York State Legislature

Analysts weigh in on whether lawmakers will be more apt to flex their muscles when it comes to New York's new chief executive. 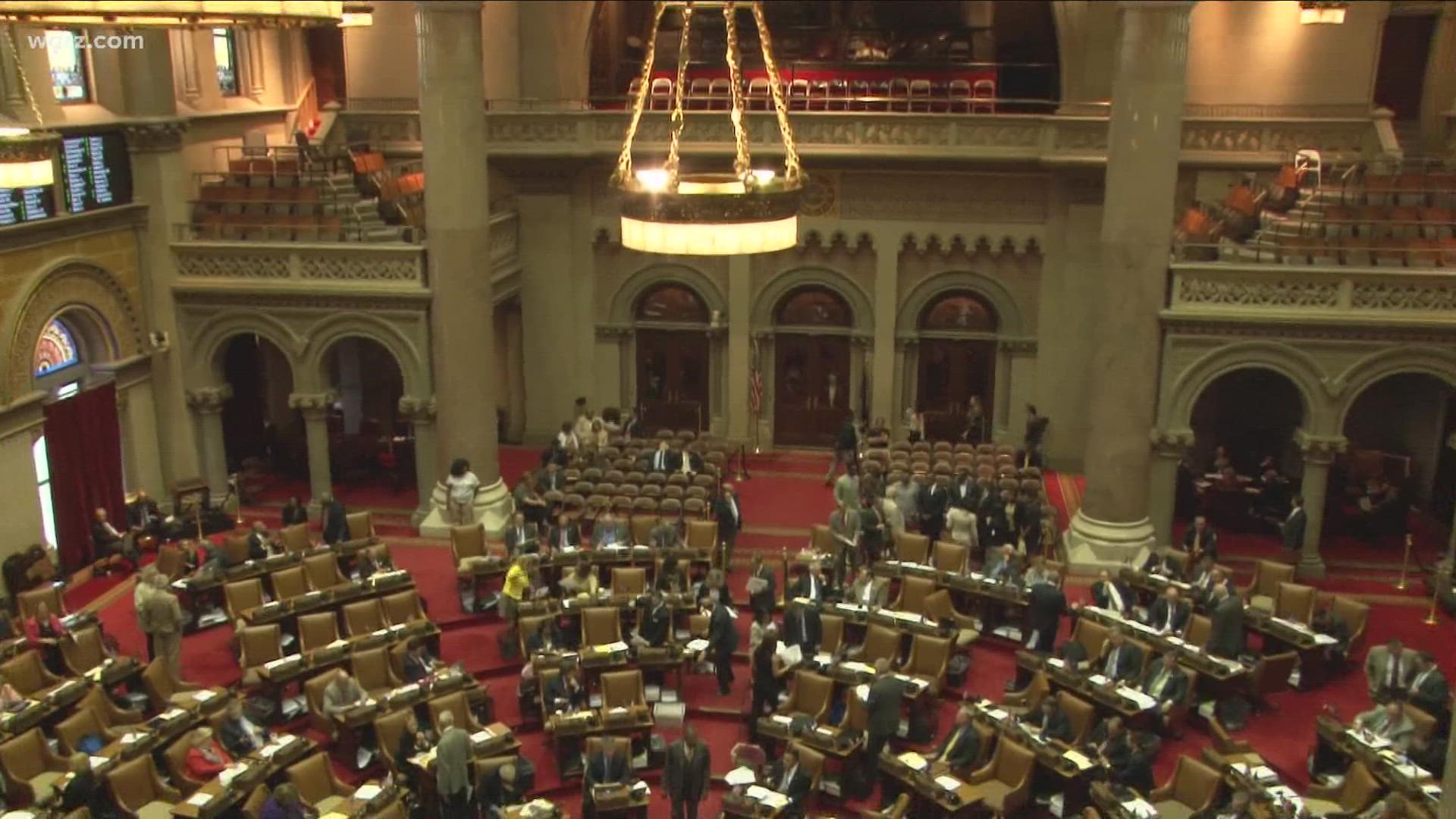 BUFFALO, N.Y. — Kathy Hochul, who is due to assume the role of governor of New York after the disgraced Andrew Cuomo resigned amid a sexual harassment scandal, has served as the state's lieutenant governor for seven years.

However, during that time, she has not been part of one of the most critical role the Governor plays, negotiating with the state legislature.

During a news conference on Wednesday, Hochul said that people will soon know her style to be that of one who listens carefully to different sides, then takes decisive action.

She also made a point to say that while the substance of her policies will be similar to Cuomo's, her style will be different.

Cuomo had a reputation as a bully, and being able to exert power can be seen in some regard as a plus when it comes to a legislature with a veto-proof majority, which can at times flex its muscle.

We asked two political analysts, one Republican and one Democrat, if Hochul will be viewed by legislative leaders as less formidable and perhaps easier pickings than Cuomo when it comes to disagreements, particularly when it comes to negotiating budgets, which in New York are often packed with policy issues.

"I think that could definitely be the case," said Andrea Bozek, a political operative and Republican campaign strategist with Big Dog Strategies in Buffalo.

"You now have a caucus of the (majority) Democrats in Albany that are very much to the extreme left ... so they may try and take advantage of that, and of the fact that they know that she needs them looking forward to a primary challenge," said Bozek, in speaking of whether Hochul decides to run for a full term of her own, after filling out what would have been Cuomo's third term as governor.

"This isn't four years away, We're talking about next year, so she doesn't have a lot of time to govern," Bozek said.

Added Kevin Hardwick, a Democrat who serves as an Erie County Legislator and who is a professor of political science at Canisius College: "I think a lot of people in Albany and a lot of people in the legislature who don't know Kathy Hochul will think that they're going to roll right over her, and I think they're in for a surprise.

"She can be tough, and she could charm them as well, and she knows she has a very short time to make a fist impression."