Now a national holiday, Juneteenth celebrations build up to Saturday 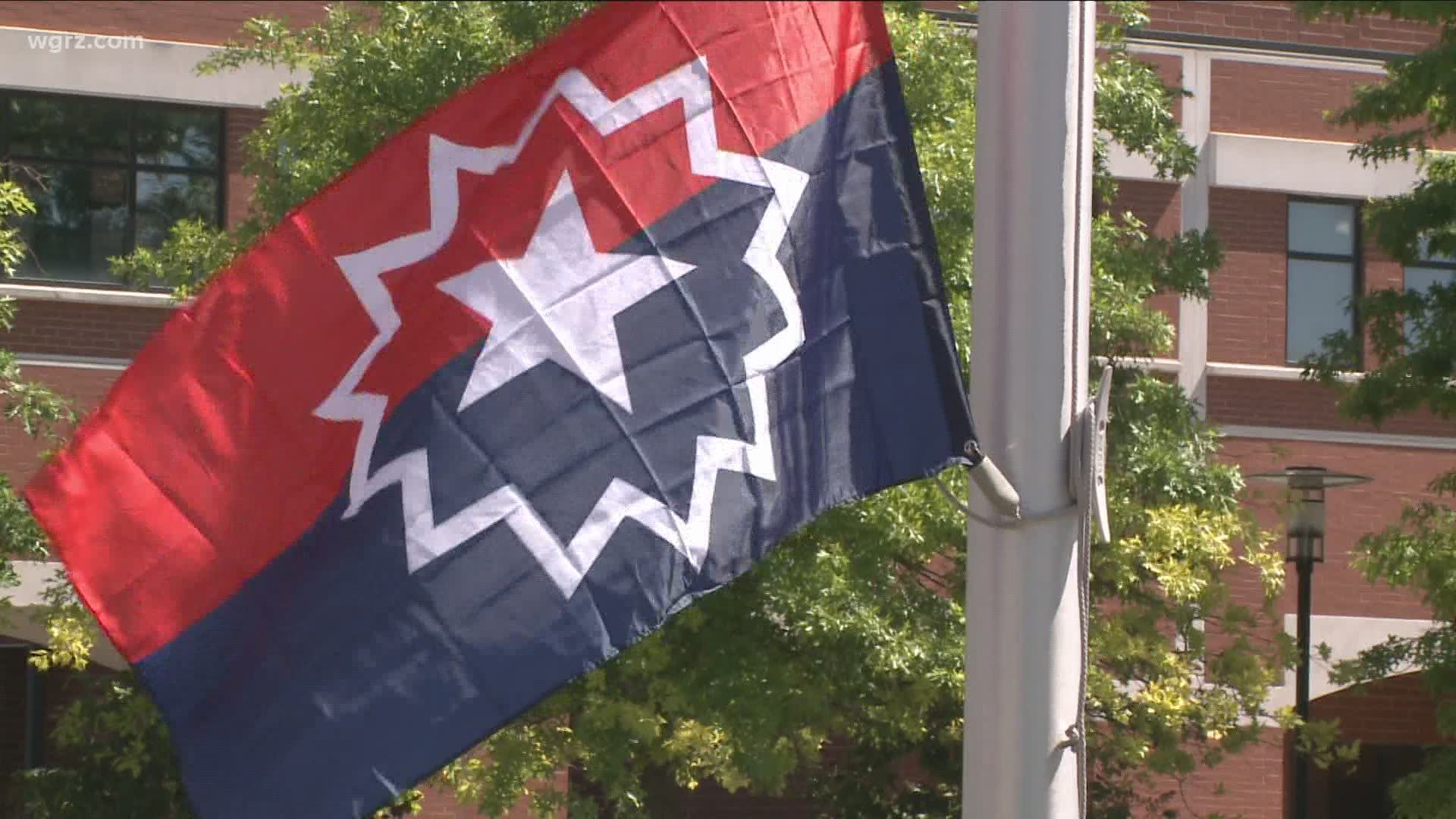 "It's a critical part for this country by them passing the Juneteenth (bill). Now all people have freedom to this wonderful country that we reside in," The Rev. Dwayne Jones of Mt. Aaron Baptist Church said.

Ahead of Saturday, there were plenty of celebrations to mark the emancipation of slaves more than a 155 years ago.

At Roswell Park, they hung a Juneteenth flag and had performers from the African American Cultural Center.

"I'm so excited that Roswell Park is so involved in recognizing the importance in the inclusion process. We are continuing to grow. We're not perfect, but we're sure not where we used to be," said Shannon Waddell, with the Buffalo African American Professional Network.

Over at the Amherst Center for Senior Services, they had a luncheon to help educate the community about why Juneteenth is so important to our country's history.

"What we've found out is that many people have heard of Juneteenth but don't really understand what it signifies and how important it is. So this is important to have events like this, to make sure that everybody is aware of what Juneteenth really means," said Brian Bray, executive director of the Amherst Center for Senior Services.

Added Town of Amherst supervisor Brian Kulpa: "I think everybody understands that look, as a nation, we have to pay attention to all of our combined histories and diversity. It's not OK to not acknowledge certain situations, and this has been one of them that's probably lied dormant for too long."

Because Juneteenth falls on Saturday, it is being recognized by many federal workers on Friday.

That means many government offices will be closed Friday.

Friday morning on Daybreak, our Karys Belger will also have more on what it means to Buffalonians to remember and celebrate the holiday.