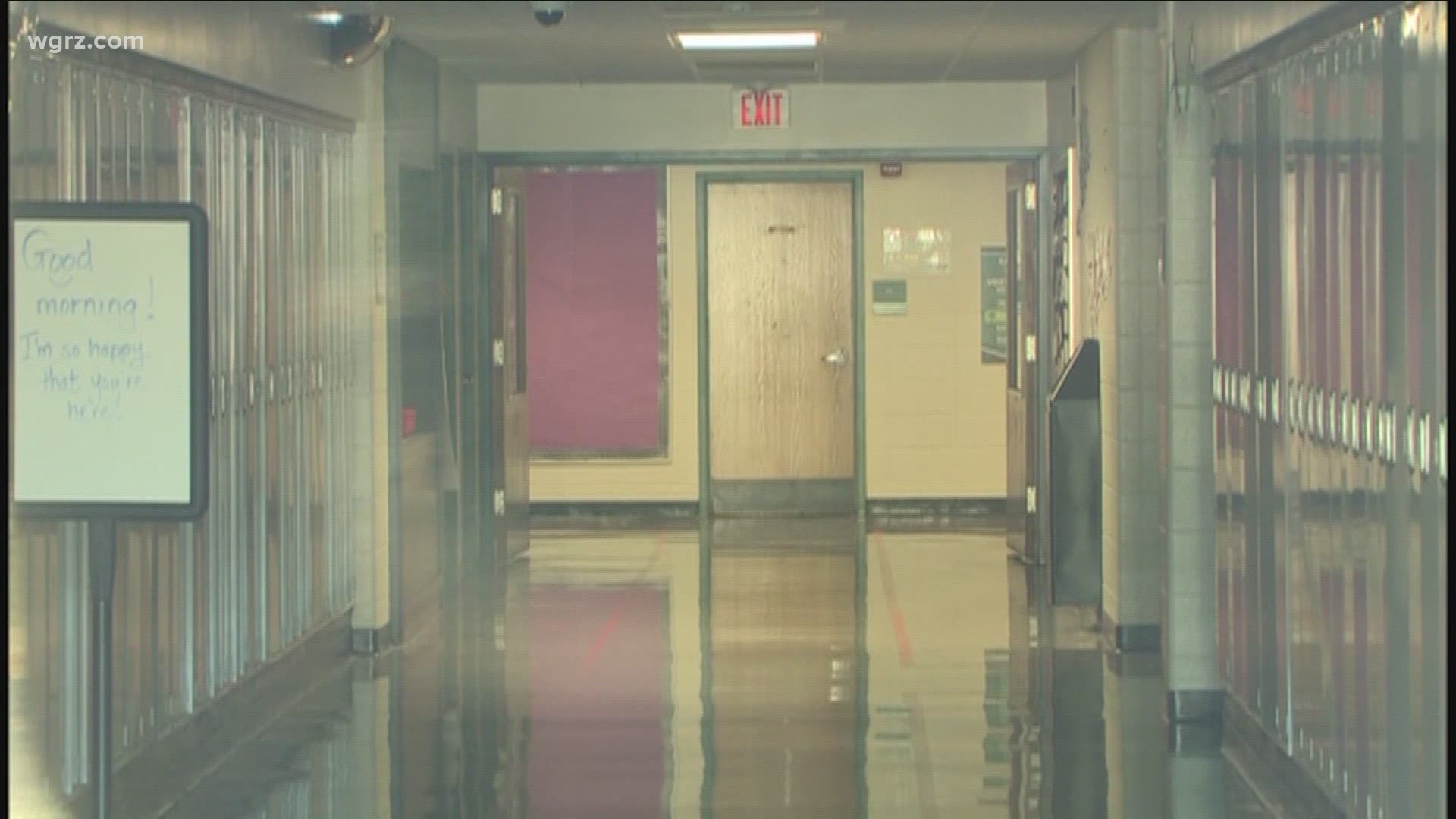 ERIE COUNTY, N.Y. — A New York State Supreme Court judge has put state leaders and two Western New York school districts on notice when it comes to reopening guidance and district plans to get students fully back into the classroom five days a week.

Hearings were held Tuesday in lawsuits filed by parents against the Williamsville and Orchard Park school districts. Those parents include Orchard Park gym owner Robby Dinero who won his business reopening case against the state in December.

Attorney Paul Cambria said that while there are two days of instruction under hybrid models, students were in essence left to learn on their own with a lack of instruction for the rest of the week. He said that technically violates state education requirements.

Requests for a temporary restraining order were denied by the judge in each case, but he did schedule hearings on preliminary injunction requests that could also force the districts to reopen.

Judge Emilio Colaiacovo told the state to come up with reopening guidance on the Centers for Disease Control and Prevention new three feet distancing policy for students by April 20. The judge also wants the districts to make sure they are prepared to fully reopen with proper planning with deadlines for such plans later this month.

The judge also mentioned that new CDC guidance, which says COVID 19 is not generally spread by contact with surfaces may eliminate the need for constant scrubbing of surfaces in school buildings. Districts typically do not hold classes on Wednesday to allow for a deep cleaning of classrooms and schools. And he seemingly cast doubt on health department interpretations of CDC policy that secondary grades could not fully open because of high or red transmission rates in Erie County or the inability to keep those grade level students in isolated groups or cohorts with the same teachers.

District superintendents have maintained that they could not act on reopening without the approval from the state Department of Health and State Education Department. A DOH spokeswoman told 2 On Your Side last week that they were doing a "detailed and comprehensive review" of the CDC guidance which came out March 19.

Tuesday, Colaiacovo stressed that the State Health Commissioner Howard Zucker had first said back on February 25 that they were discussing school reopening policies.

The judge's imposed deadline could be a moot point as an attorney representing the state says Albany officials could issue that guidance within a week. Indeed Governor Cuomo and top aides seemed to hint that may occur as they kicked the idea around during a press conference on Monday. But Colaiacovo said that he was moved by the frustrations of parents and their concerns for the children in being out of school and seemed to back that up with his definitive deadlines to the state and school districts.

The judge also discounted concerns raised by the attorneys for the school districts about distancing for busing and school cafeterias. He also specifically said teachers union have no part at all in these lawsuits.