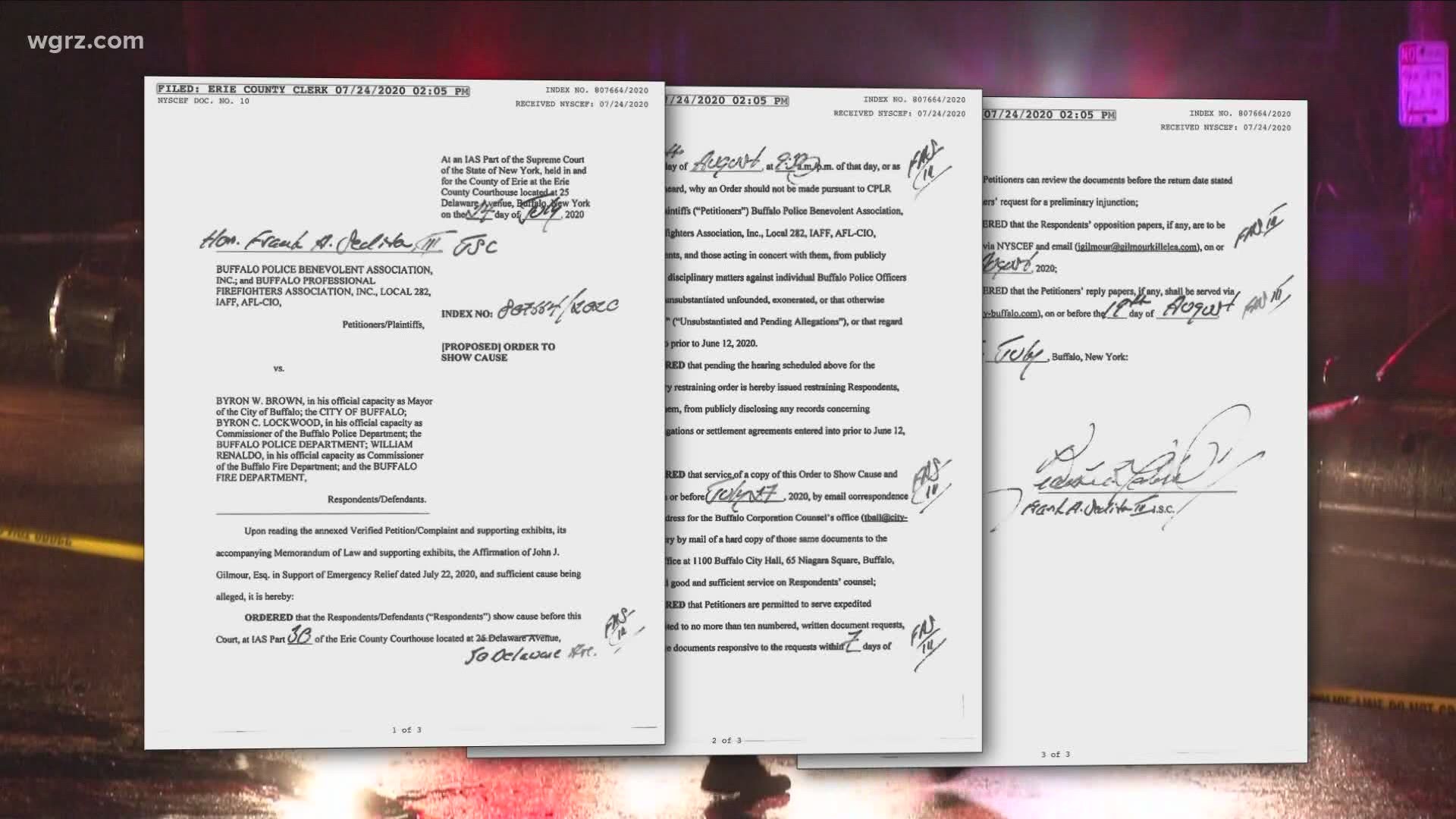 BUFFALO, N.Y. — A state Supreme Court judge has at least temporarily blocked the release of most disciplinary records of Buffalo police officers.

Judge Frank A. Sedita III, responding to a complaint from the Police Benevolent Association and Buffalo Professional Firefighters Association, issued a show cause order Friday afternoon that prohibits the release of most disciplinary records until a hearing scheduled for Aug. 26.

The police department has received several dozen requests under the Freedom of Information Law for disciplinary records since the state repealed 50-a, a state law that shielded from public disclosure the personnel and disciplinary records of police and corrections officers and firefighters. The repeal followed the killing of George Floyd in Minneapolis and demonstrations across the country, including New York against racism and police violence.

RELATED: A critical voice on OTB board?