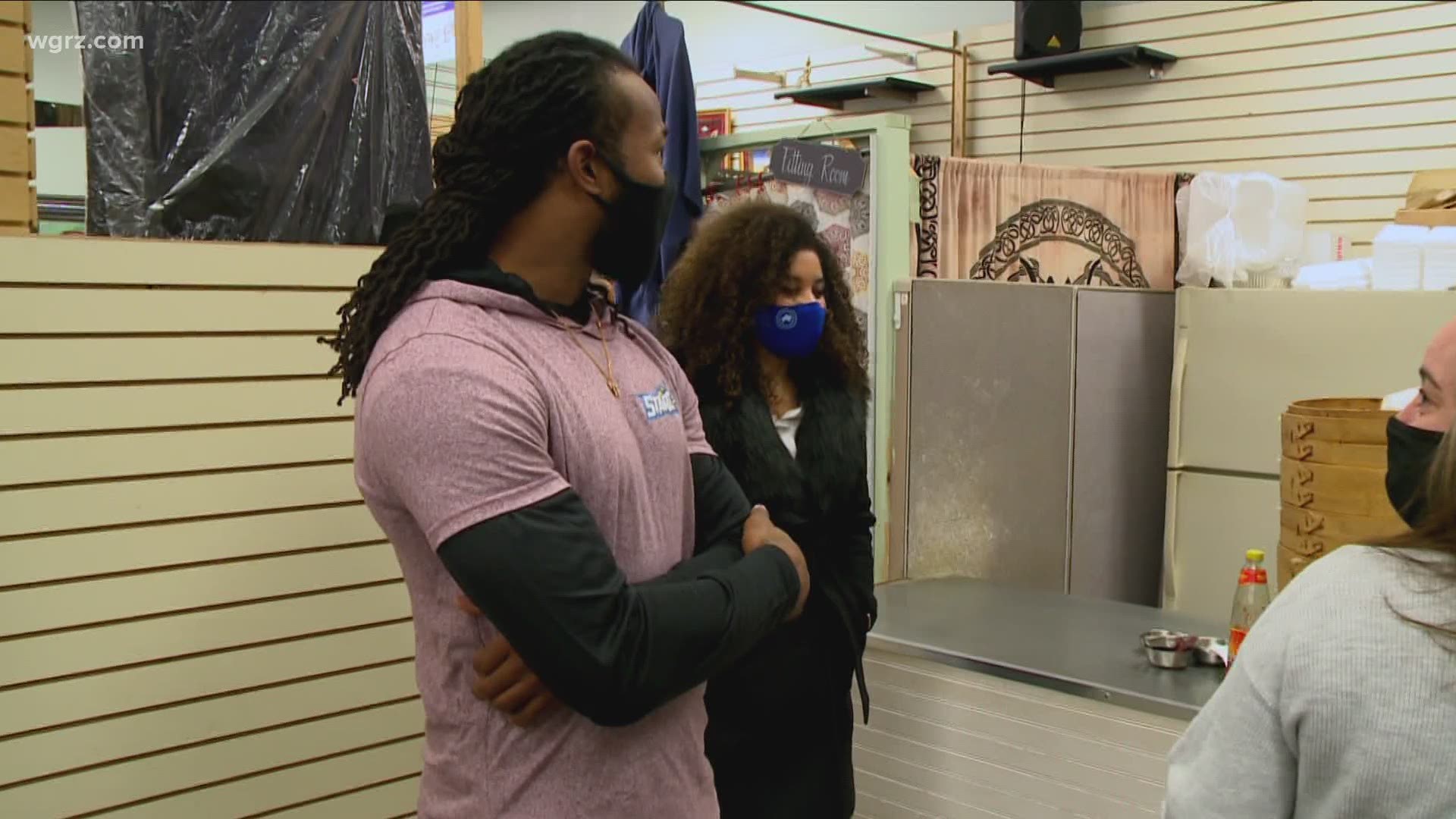 Norman gave a news conference on Friday at the West Side Bazaar, where he said that money has helped over 200 small local businesses so far through grants.

"When you look at something like that, you can say that this community truly does look out for their neighbors, and they truly do have a heart of giving, and Bills Mafia is just a big part of that," Norman said.

The $2,500 grants are being given to small businesses hurt financially by the COVID-19 pandemic. Eligible businesses who applied were chosen randomly. The Westminster Economic Development Initiative (WEDI), which oversaw the distribution of the grants, began notifying businesses on Friday.

Businesses being awarded funding through the program should be getting that money next week.

I’m proud to announce that the Buffalo Business Blitz, my partnership with Buffalo Bills Cornerback Josh Norman’s Starz24 foundation raised over $500,000! Around 200 small businesses have been notified today that they will receive grants of $2,500 each. pic.twitter.com/CobZjp8cHk