Jacobs votes against post office bill, says he meant to vote for it

'I made an unfortunate mistake and voted no instead of yes. I will ensure that the Congressional Record is corrected,' Jacobs said of the $25 billion measure. 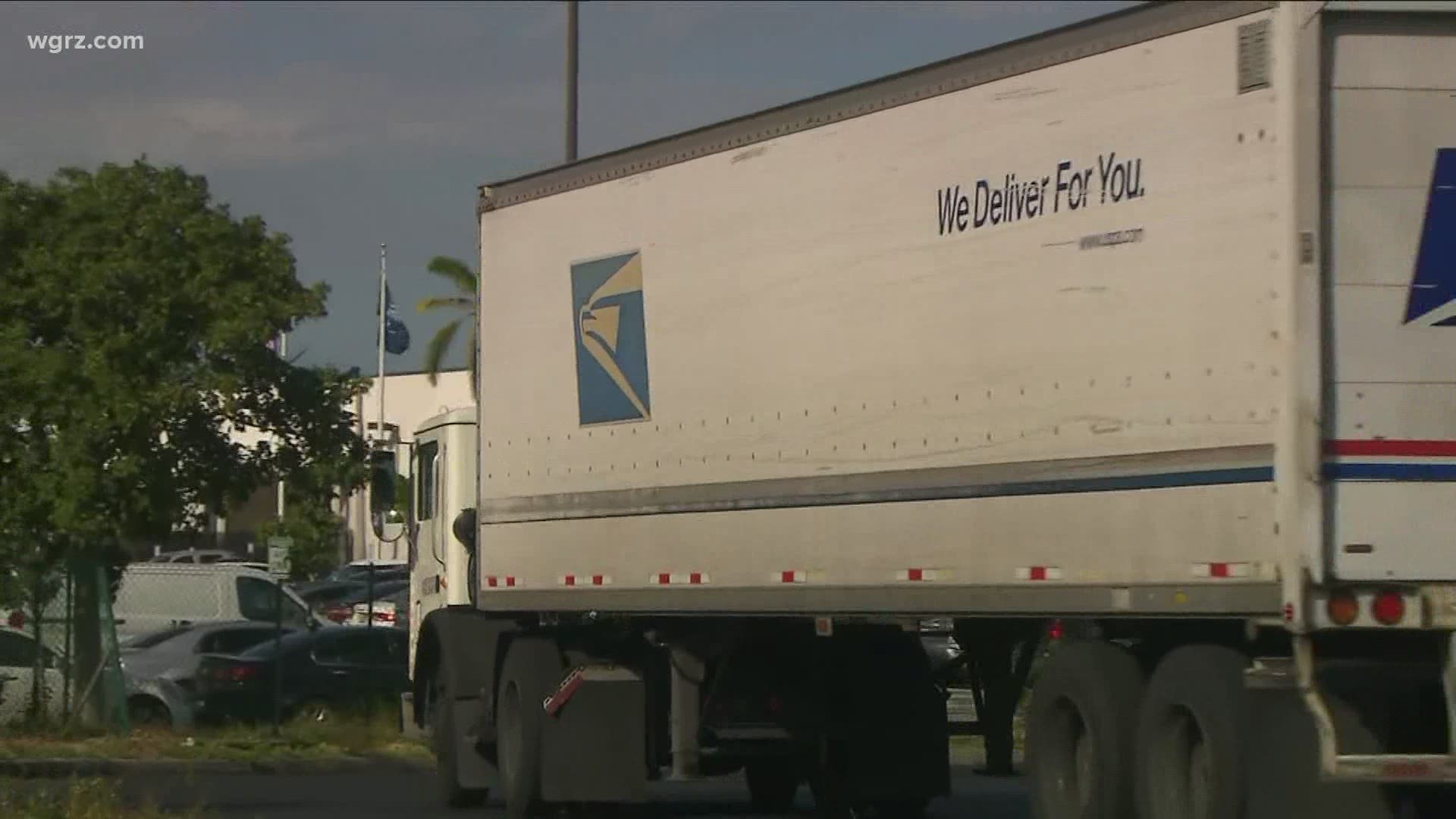 WASHINGTON — The House of Representatives on Saturday approved legislation that would reverse recent changes in U.S. Postal Service operations.

The measure would send $25 billion in emergency funds to shore up the agency ahead of November's presidential election.

Rep. Chris Jacobs voted against the measure, which passed 257-150. But in a statement on Saturday night, he said he intended for vote for it.

"I fully support the USPS and I had every intention of voting in favor of H.R. 8015, the Delivering for America Act," said Jacobs, a Republican who won June's special election and represents New York's 27th Congressional District.

"I made an unfortunate mistake and voted no instead of yes. I will ensure that the Congressional Record is corrected to reflect my support for this legislation. During these uncertain times it is critical that Western New Yorkers have faith in our fundamental public institutions and the United States Postal Service is certainly one of those."

Jacobs took the oath of office as the newest member of the House on July 21. He filled the unexpired term of former Rep. Chris Collins, a Republican who resigned last fall as he pleaded guilty to federal insider trading charges.

In previous days, President Donald Trump had urged a no vote, calling concerns over mail delivery a “hoax," and the White House says he will veto the bill if it passes the GOP-led Senate.

THREAD: Today, we voted in favor of the USPS legislation because I believe a healthy, functioning Post Office is critical to our nation’s wellbeing. (1/3)

More than two dozen Republicans broke with the president and backed the legislation, including the Southern Tier's Tom Reed, who said on Twitter on Saturday night:

"As a long-time supporter of the Post Office, we will continue to advocate for better solutions that improve the financial integrity of the USPS (like the USPS Fairness Act) and work to protect our communities’ access to reliable mail services."

Jacobs said he meant to vote the same way.

"I supported and intended to vote for today’s legislation to send a clear message that I will do whatever it takes to ensure a stable and reliable postal service," Rep. Jacobs said. "Today’s bill should’ve been included within a bipartisan COVID-19 relief package.

"I urge the Speaker to resume negotiations and I will be working tirelessly to get one passed with targeted aid for small businesses, farmers, workers, and families."

The daylong session came as an uproar over mail disruptions puts the Postal Service at the center of the nation’s tumultuous election year. https://t.co/2MzBAQ36C3